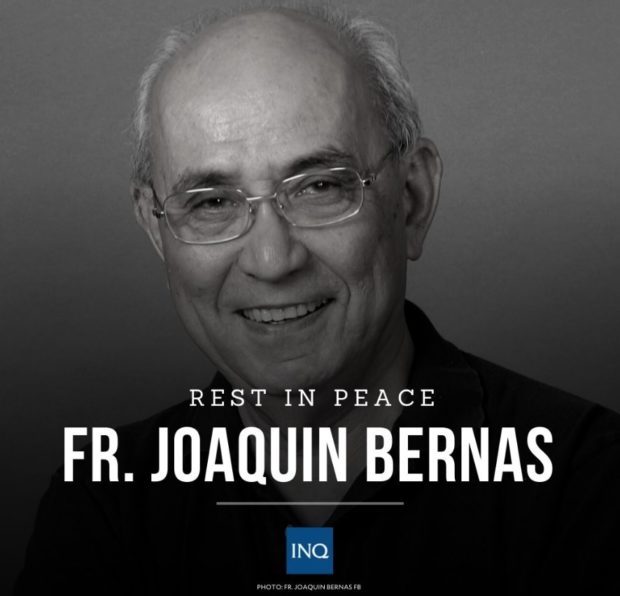 MANILA, Philippines — Fr. Joaquin Bernas, SJ,  a Jesuit lawyer and one of the framers of the 1987 constitution, passed away early Saturday morning, the Ateneo de Manila University (ADMU) School of Law said.

A copy of the memo was released on the dean’s Facebook page.

“We take solace in the knowledge that his was an earthly life filled with meaning and purpose. An earthly life dedicated to service, to standards of excellence, in the greater glory of God,” the memo read.

“Indeed, a man, an excellent man, for others,” the memo added.

Bernas served as dean emeritus of the Ateneo Law School, and was ADMU president from 1984 to 1993. 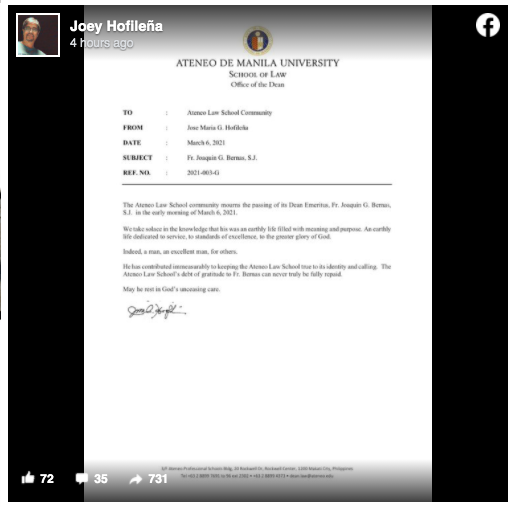 Read Next
‘Rocking it:’ The mullet makes unlikely comeback