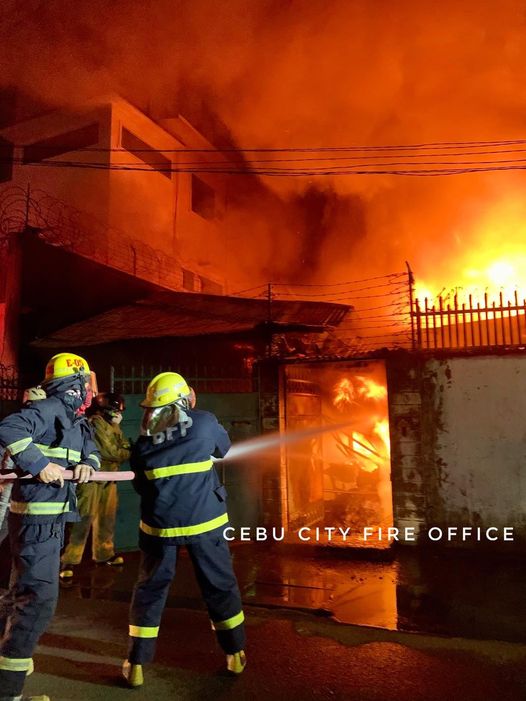 CEBU CITY, Philippines — At least P2.04 million worth of properties were lost in a fire which hit a structure believed to have been used as a fabrics warehouse on 5th Street Happy Valley Subdivision in Barangay Guadalupe, Cebu City past 7 p.m. on Sunday, March 7.

But no one was reported injured during the fire which affected structures located inside a 136 square meter property owned by Eddie Chua, a report released by the Cebu City Fire Department show.

The report said that Chua and six other individuals managed to escape unharmed.

Cebu City fire investigators are yet to determine the cause of the fire that was reported at around 7 p.m.  It was raised to second alarm at 7:21 p.m. before it was finally placed under control at 7:41 p.m.

On Sunday afternoon, another fire alarm was also reported in Naga City in southern Cebu.

Read Next
Humor as antidote to fake news, bad gov’t