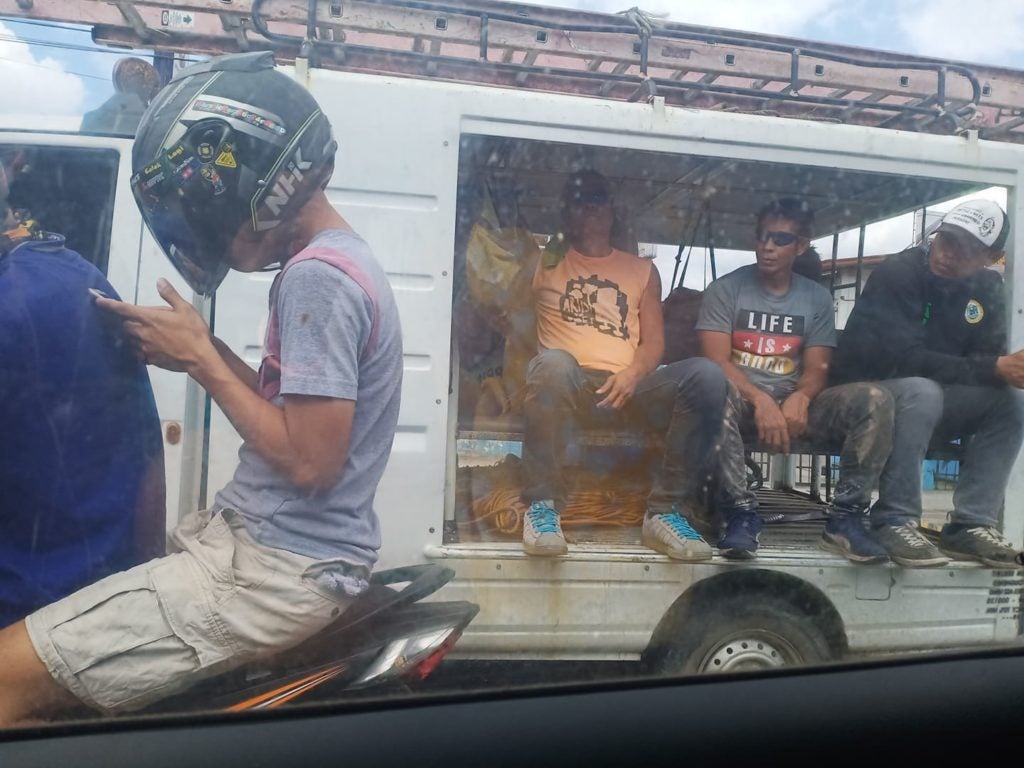 | Photo courtesy of the Office of the Mayor

Three employees of the Lapu-Lapu City Halll received citation tickets from Mayor Junard Chan on Monday morning, March 8, for their failure to comply with health and safety protocols.

Loue Llimit, Fidel Inihao, and Rexor Dulangon agreed to render community service as a penalty instead of paying the P1, 000 fine.

Chan warned them of suspension, worst, termination from service if they are caught again for the same violation.

Chan invited the three men, who are assigned to the city’s clearing team that is under the Solid Waste Management Office (SWMO), to appear at his City Hall office on Monday after he received a photo of the three who were without face masks that was sent through his Facebook page.

The photo was taken by a netizen on Sunday, March 7, when the service vehicle which they boarded came to a stop near a traffic light along M.L. Quezon Highway in Barangay Pusok.

(Please remember that while you are on the streets, you represent the city.  You also represent the office of the mayor.  And yet, you are the ones violating our policies.  That is a shame, a big slap [to our faces].)

The three men admitted their mistake and apologized to Chan.

They explained that they came from clearing tree branches in Barangay Soong when the photo was taken.

Still, Chan warned them of suspension should they again violate health and safety protocols.