Muslim workers in Cebu City Hall gets day off 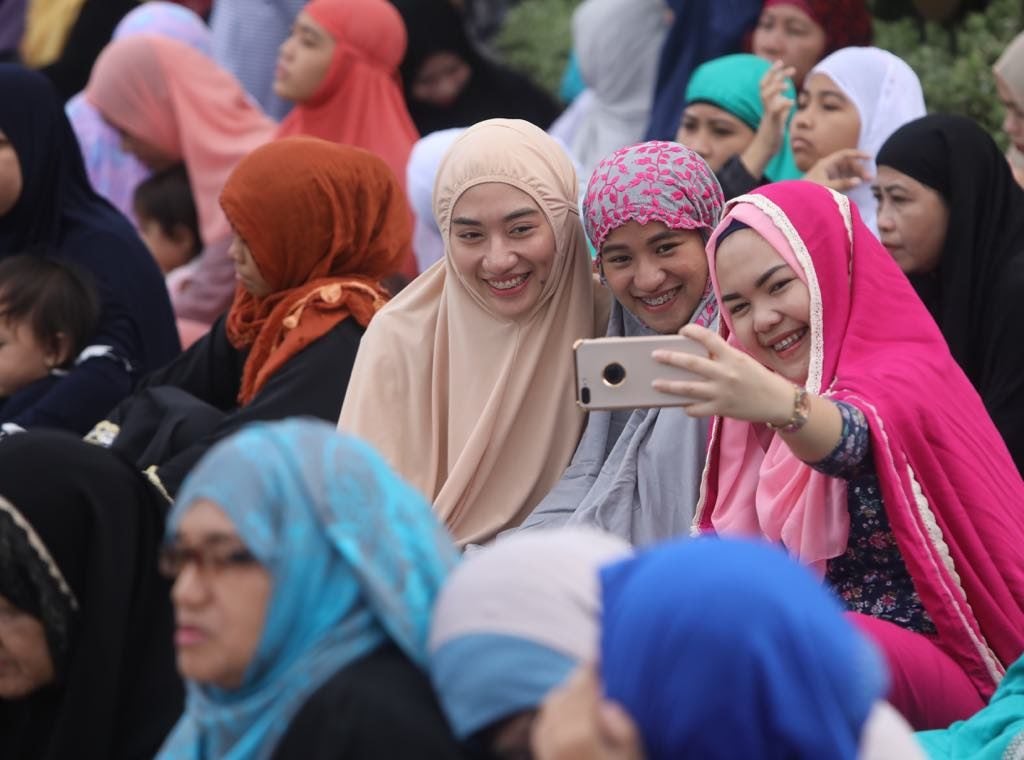 CEBU CITY, Philippines — Muslim workers at the Cebu City Hall gets a day off today as the city government honors the Feast of the Prophet’s Ascension or the Lailat al Mi’raj.

The city government announced the exemption of all Muslim workers today, March 11, 2021, for the celebration of one of Islam’s major holidays of observance.

In a resolution passed by the City Council authored by Councilor Raymond Garcia, all Muslim workers are encouraged to celebrate their religious festivities and be exempt from work.

“Further to declare that this Honorable Council is one with our Muslim officials and employees in celebrating this pious observance,” said the resolution. 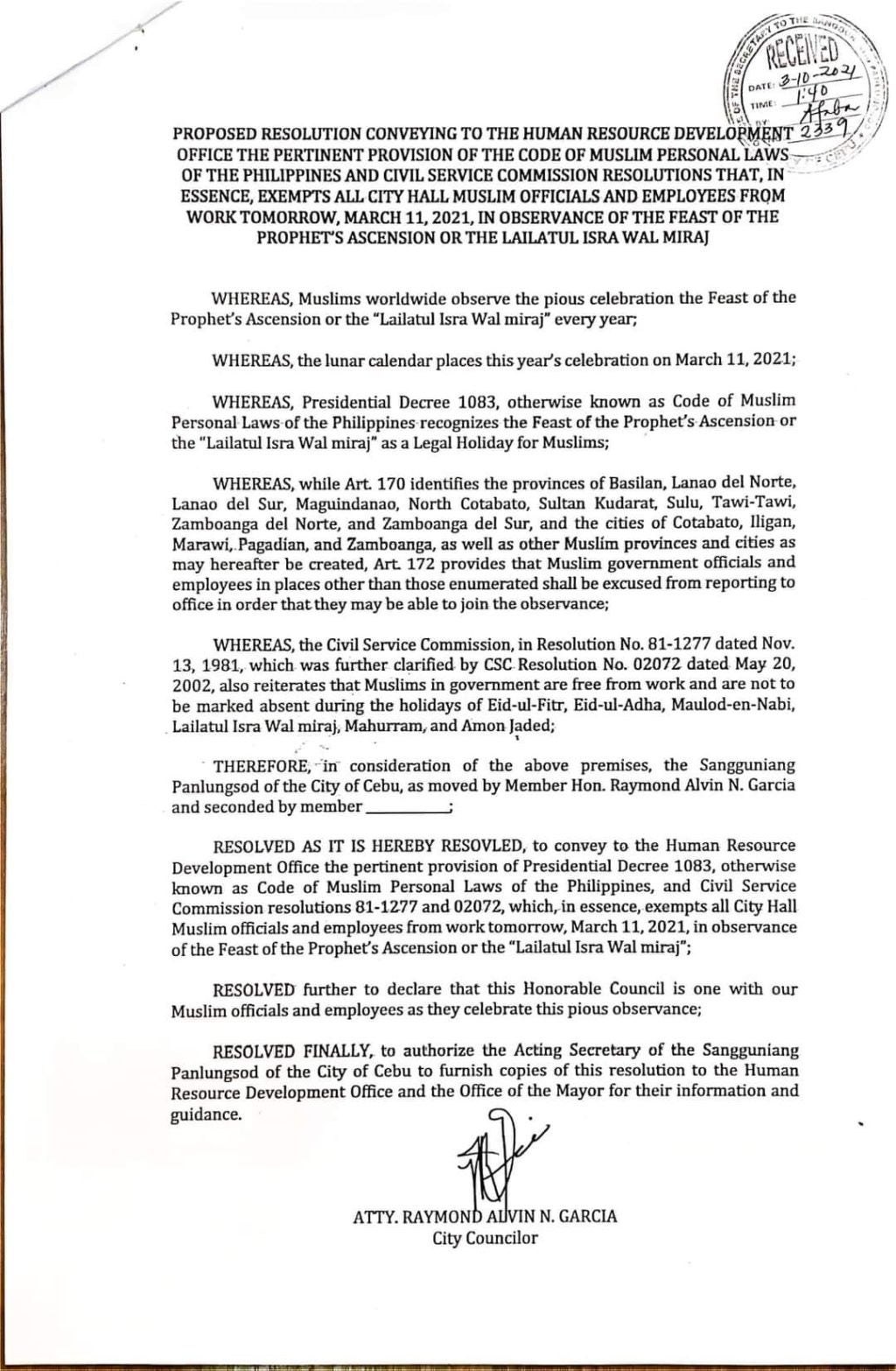 The resolution is based on the Civil Service Commission resolution No. 81-1277 and CSC resolution No. 02072, which exempt Muslim government workers from being marked absent on their religious holidays.

Mayor Edgardo Labella also expressed support to the Muslim Community for this celebration.