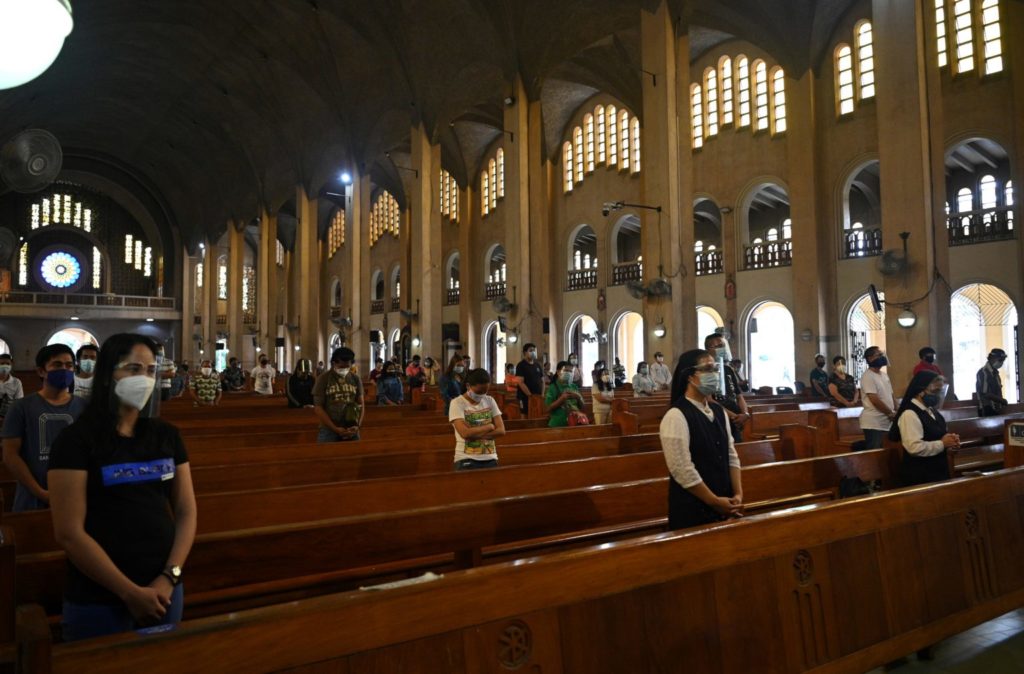 MANILA, Philippines — The government has allowed once-a-day religious gatherings of up to 10 percent venue capacity in churches for the coming Holy Week or from April 1 to April 4, Malacañang announced on Friday.

(The IATF has allowed once-a-day religious gatherings from April 1 to April 4. They have to follow the maximum indoor capacity of 10 percent at all times.)

Roque said entry to churches and venues of worship activities “via reservation” is encouraged to ensure compliance to the 10 percent capacity limitation.

Audiovisual feeds of religious activities outside churches are also not allowed to prevent Mass goers from crowding.

Live singing will be “strictly limited,” while recorded singing is highly encouraged.

(This is not just for the Catholic Church, this is for all faithful including Muslims, Shinto, religious gatherings once a day are allowed at 10 percent capacity from April 1 to 4.)

Earlier, the government barred all Mass gatherings including religious activities in areas under the general community quarantine (GCQ) bubble which covers Metro Manila, Bulacan, Rizal, Cavite, and Laguna to stem the surge in COVID-19 cases.

Read Next
Healthcare workers in NCR bubble, Cebu, Davao to get 400,000 Sinovac vaccines