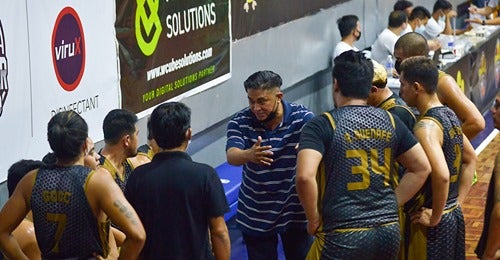 The Games and Amusements Board (GAB) will sit down with the Samahang Basketbol ng Pilipinas (SBP) as the country’s ruling federation of the sport prepares to sanction erring parties who turned a game in the Pilipinas VisMin Super Cup into an uninhibited mockery of the game.

The House of Representatives, meanwhile, is close to adding legal muscle to the fight against one of professional sports’ oldest plagues.

These developed as the GAB, the country’s official regulators of professional sports, met with team owners of the VisMin Super Cup on Saturday morning and was given the assurance that the league will double down on its efforts to rid itself of match-manipulation and other dubious machinations.

“[The] agreements are [that they are] to police their own ranks and share information of wrongdoings, help monitor and report any proposals or attempts at any form of game-fixing, subpar performance and the like,” GAB chair Baham Mitra told the Inquirer on Saturday.

Mitra will also meet with SBP president Al Panlilio to discuss the latter’s plans of dropping the hammer on those responsible for the show of farce in the VisMin Super Cup game between the Siquijor Mystics and the Lapu-Lapu City Heroes last Wednesday that rocked the basketball community.

“I intend to call sir Al the first thing on Monday,” Mitra said. “After all, we are one in looking after the integrity of the sport and the welfare of the athletes.”

Panlilio told former Philippine Basketball Asociation commissioner Noli Eala in the latter’s Power & Play radio show that the incident, which sources from Cebu and Manila told the Inquirer was linked to game-fixing and involved bets amounting to millions of pesos, will not go unpunished.

“Definitely, we need to sanction [the offenders],” said Panlilio.

“I just have to check with [the SBP’s] bylaws in terms of the sanctions [along with] the financial aspects to it also,” he said. “I just want to make sure it’s the right application of our sanctions.”

Panlilio said he has tasked SBP’s executive director Sonny Barrios along with director of operations Butch Antonio to launch a probe into the matter.

That probe is likely to focus on Siquijor, which was expelled from the league in the aftermath of the game, which featured intentional misses and deliberate sloppy plays that forced officials to halt the match at halftime. The Mystics are expected to bear the brunt of whatever punishment the SBP will mete as sources told the Inquirer that they were central to the plan of covering the quarter spreads to benefit certain bettors.

According to informants, Siquijor initiated the farce by keeping its output low in the first quarter and was hoping to do the same in the second quarter, when Lapu-Lapu got a feel of what its opponents were trying to do. The Heroes, who wanted the game stopped, struck back by missing their own shots in the second period, which resulted in the low 8-4 scoreline in that quarter.

“Their players kept egging our players to build the lead further and would even wink at our bench whenever they missed a shot or a free throw,” Arquisola said in a Facebook post.

Heroes player Rendell Senining, in an interview with former University of the Philippines guard Mikee Reyes, admitted his Lapu-Lapu teammates made the mistake of letting their emotions get in the way and got back at Siquijor in the wrong manner when they tried to thwart their foes by missing intentionally too.

“When we realized what they were doing, we [decided to do the same to them],” Senining said, adding that the Heroes were shouting from the bench calling for a stoppage of play. “[W]e didn’t handle the situation right, we handled it poorly.”

“I was aghast [over] the incident. It was completely disrespecting the game that a lot of us love,” Panlilio said. “There are only a few who are privileged to play, and given that privilege, and there’s a responsibility with being given that chance, and to show the youth how the sport should be played,” the soft-spoken executive went on.

House Deputy Speaker Mikee Romero (1Pacman Partylist), once a patron of amateur basketball, also lashed out at erring individuals of the VisMin Super Cup game, and called for the total ban of those involved in the machinations from all leagues in the country.

“For showing disgraceful acts the players, staff, officials and the persons behind these shenanigans must be severely punished,” said Romero, adding the incident only refueled his drive to push for the passage of punitive measures against game fixing.

“They have no place in Philippine sports, basketball in particular,” said Romero.

Romero said House members had already approved on third and final reading the measure on game fixing with a vote of 211-0.

House Bill No. 8870, which Romero authored, seeks to protect the integrity of any sports because of the proliferation of enterprising individuals who want to make money through manipulation of results of matches.

The bill, which according to Romero covers pro and amateur sports, is expected to arm law enforcers more as they look into the VisMin Super Cup incident.

Mitra, meanwhile, said that the meeting also encouraged new team owners to be much more visible, to let people know that “they are now the new and young crop of entrepreneurs involved in sports.” INQ