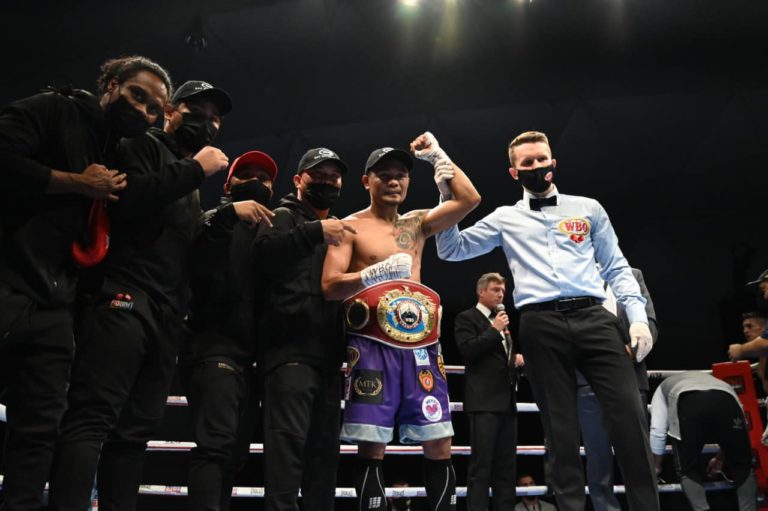 CEBU CITY, Philippines — As he continues to ascend in the latest 115lbs division rankings, the longest-reigning Filipino boxing world champion, Donnie “Ahas” Nietes might start training next month for a possible fight in September.

The 38-year old Nietes defied ring rust and Father Time by beating the younger Carillo in his comeback fight in Dubai, UAE last April 4, 2021. It was Nietes’ first fight in 27 months.

After clinching the WBO international super flyweight title, Nietes is now ranked No.3 in the division. He is also ranked No. 6 in the World Boxing Council (WBC).

Two years ago, Nietes lorded over the WBO 115lbs class after beating current champion Kazuto Ioka of Japan via split decision in Macau, China on New Year’s Eve of 2018.

If the fight in September pushes through, Nietes could possibly fight the No. 2 and No. 1 contenders in the WBO.

If it happens, Nietes can fulfill one of his dream fights before he retires after declaring in an earlier interview that he wants to fight the top names in the 115lbs division before he hangs up his boxing gloves for good.

One of the names he mentioned was Srisaket Sor Rungvisai of Thailand who is the top contender in said division.

The No. 2 contender is Mexican Francisco Rodriguez Jr., who Nietes defeated in 2015 to wrest the WBO world light flyweight title at the Waterfront Cebu City Hotel and Casino.

Aside from Rungvisai, Nietes also wants to face Nicaraguan Roman Gonzales who is ranked WBO No. 4 and WBC No. 2 for his farewell joust.

The pride of Murcia, Negros Occidental is also eyeing Juan Francisco Estrada who is the current world champion in WBC’s super flyweight division.

Nietes has a record of 43 wins, one defeat, and five draws with 23 knockouts.   /rcg