Araneta’s defeat to Nontshinga only a minor setback, says trainer 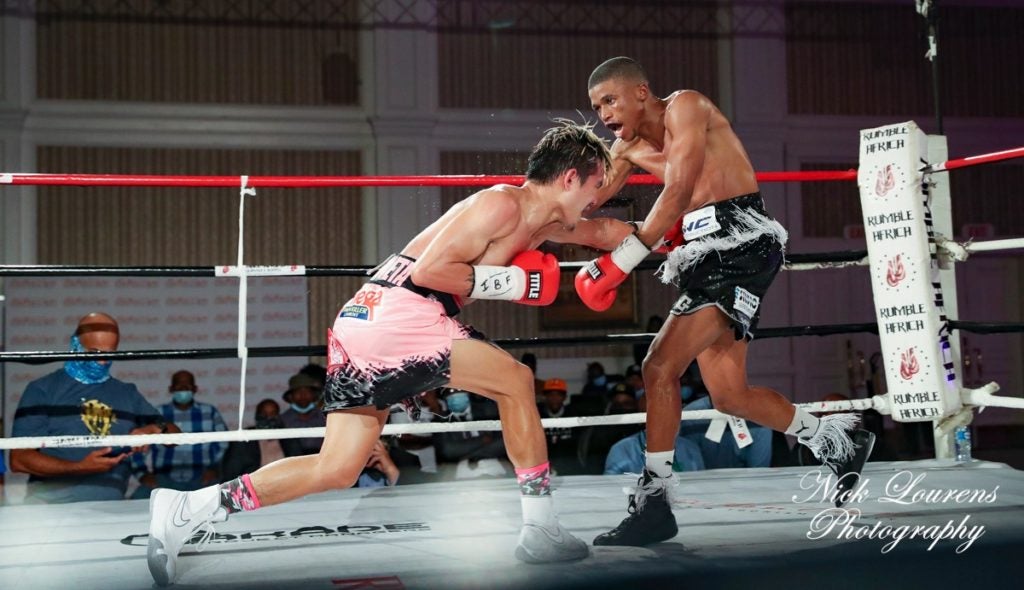 CEBU CITY, Philippines—It is not over for Cebuano boxing prospect Christian “The Bomb” Araneta.

According to his trainer, Julius Erving Junco, Araneta’s loss in his second world title eliminator shot last April 25, 2021 against Sevinathi Nontshinga is just a minor setback.

Despite knocking down the hometown hero Nontshinga in the 12th round, Araneta still lost by unanimous decision in the IBF world light flyweight title eliminator held in the former’s home turf in Gqeberha (formerly Port Elizabeth), Eastern Cape, South Africa.

“As a gentleman and as a sign of sportsmanship, we have to accept the decision of the fight. It’s part of the game. We have zero regrets of going to South Africa and it’s part of the gamble when we signed the contract,” said Junco.

All three judges favored Nontshinga with the scores of 115-112 while two judges had it identically at 114-113.

Many Filipino boxing fans who watched the bout questioned the judges’ score cards after seeing that Araneta was the obvious aggressor in virtually the entire bout while Nontshinga kept backpedalling.

“We were controlling the fight. We landed the clearer and more solid blows. For me, Araneta is the winner of the bout, although we had miscalculated some aspects such as pushing a little bit harder to convince the judges and get the win,” said Junco.

Still, he is proud of the 25-year-old boxer from Borbon town, north Cebu, who is one of the banner fighters of the Omega Boxing Gym.

“What’s very important to us was to gain experience from that fight and there is plenty of room for improvement. This kid still has a bright future,” said Junco.

There is indeed still plenty of room for Araneta to improve and bounce back from his loss as he only suffered his second loss against 19 wins, 15 of which is by knockouts.

Meanwhile, Nontshinga remained unbeaten with a 10-0-0 record. He has nine knockout wins.