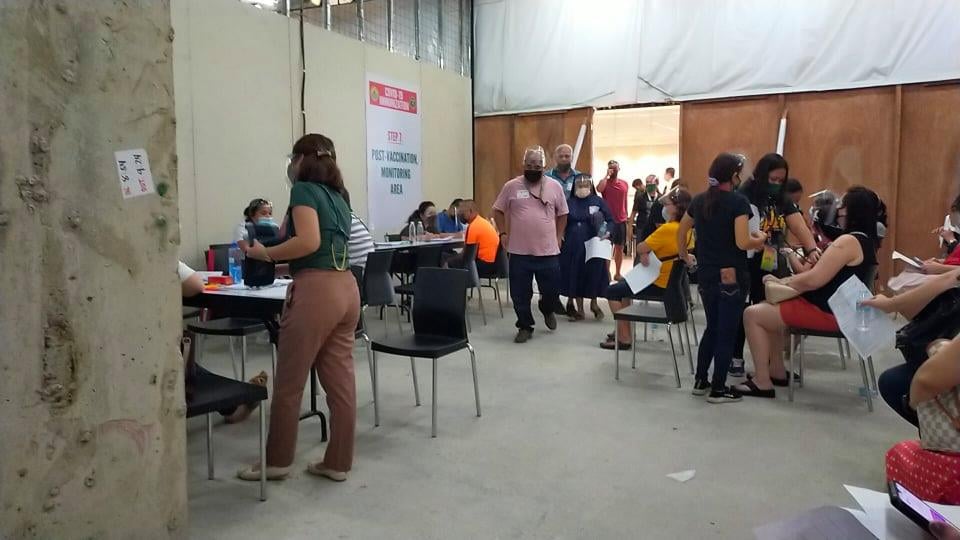 CEBU CITY, Philippines — Cebu City vaccinated over 2,000 individuals in one day on the third day of resumption of the roll-out for senior citizens.

This was attributed to the increase of the vaccinated individuals on Wednesday as the City Health Office said that there were over 30,000 A3 individuals who registered for the vaccination.

Councilor David Tumulak, the coordinator for the vaccination sites, said there were 985 senior citizens, 718 people with comorbidities, and 305 others who were vaccinated on Wednesday for a total of 2,008 individuals.

This has been so far the highest number of individuals vaccinated by the city government since March 2021, when the roll-out to the medical frontliners began.

As of now, at least 30,000 individuals from the three priority groups have already been vaccinated with a portion of these already getting the second dose of the vaccines.

The city government is aiming to inoculate 70 percent of the population, which currently stands roughly a million individuals.

With this, there may be a necessity to open more vaccine sites, something that Councilor Tumulak is already eyeing on.

He said that pending the availability of doctors and nurses to man the site, another vaccination site will open at SM City Cebu in Barangay Mabolo, soon.

The City Health is hoping that more individuals will register for the program so the roll-out will be hastened. As of now, there are at least 4,000 doses left for distribution.

If these doses run out, the roll-out will once again be stopped until more vaccines arrive for the city.  /rcg