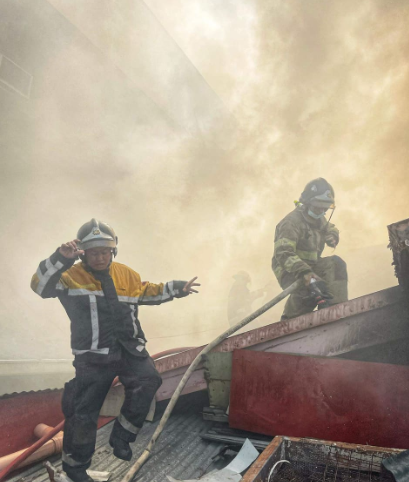 Firefighters train their hose at the roof of one of the affected establishments during the Capitol Site, Cebu City fire this morning, June 18. | Photo courtesy of the Cebu City Fire Department

CEBU CITY, Philippines — More than a million pesos worth of properties were lost to a morning fire today, June 18, that destroyed three establishments ang gutted another one in Barangay Capitol Site in Cebu City.

The fire razed a carenderia or eatery, a house, a parlor and damaged a pharmacy. 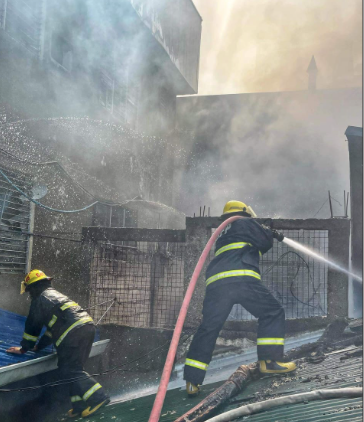 Villanueva said that the fire also displaced a family and affected 25 persons who work in these establishments.

He said that the fire started at the eatery and spread to the other properties.

Villanueva said that the fire station received the fire alarm at 8:38 a.m. and it was raised to the first alarm two minutes later.

Villanueva, however, said that they had yet to determine the cause of the fire and that the investigation was still ongoing.