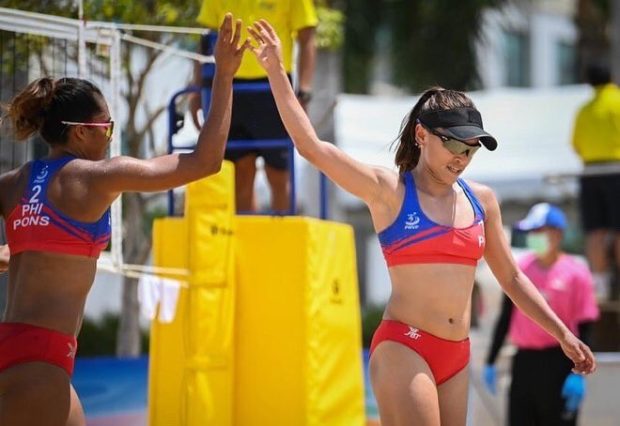 MANILA, Philippines—The Philippines ramped up its bid for the 2020 Tokyo Olympics after both of its men and women’s beach volleyball teams advanced in their respective divisions in the AVC Continental Cup Friday in Nakhon Pathom in Thailand.

Sisi Rondina and Bernadeth Pons stunned New Zealand’s Francesca Kirwan and Olivia Macdonal in three sets, 21-12, 17-21, 15-9, putting the Philippines at a 1-1 tie against the Kiwis in the women’s semifinals.

Another Golden Match between the two countries will be played to see who will advance to the finals and face Japan.

“We’re ecstatic because we won the game against New Zealand and we never expected that we’d win against such experienced veterans,” said Rondina in Filipino in an interview posted on the AVC Twitter page. “We never thought of our height disadvantage and what we did earlier is give our best and of course to make the Filipinos proud.”

“Thank you to all the Filipinos who supported us and I know that even if we’re in Thailand that you’re watching online. Thank you and I hope that you continue supporting us,” said Pons in Filipino. 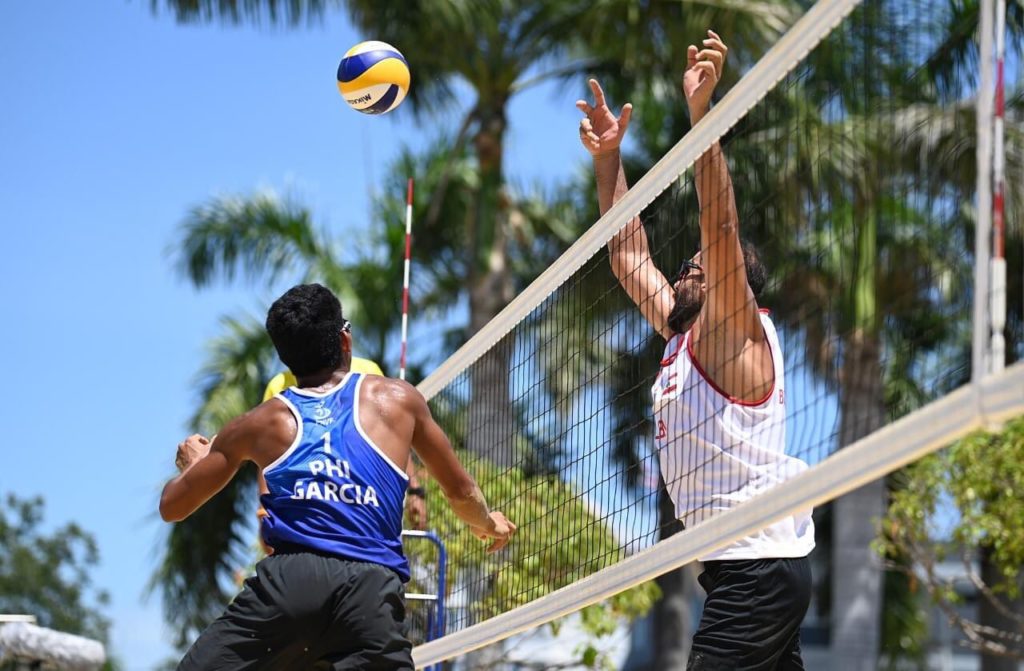 Jude Garcia and Jaron Requinton defeated Lebanon’s Joe El Azzi and Paul Bou Akl 21-16, 21-17 in the Golden Match to help the Philippines advance to the semifinals in the men’s division.

“Lebanon would not give in that easily so we really had to grind it out in the Golden Match, the winner will be who has the more pride,” said Jaron Requinton in Filipino.

A Golden Match is played when two federations or countries get into a 1-1 tie with each other.

Read Next
Inoue-Donaire 2 in the works? Nonito, Naoya meet again