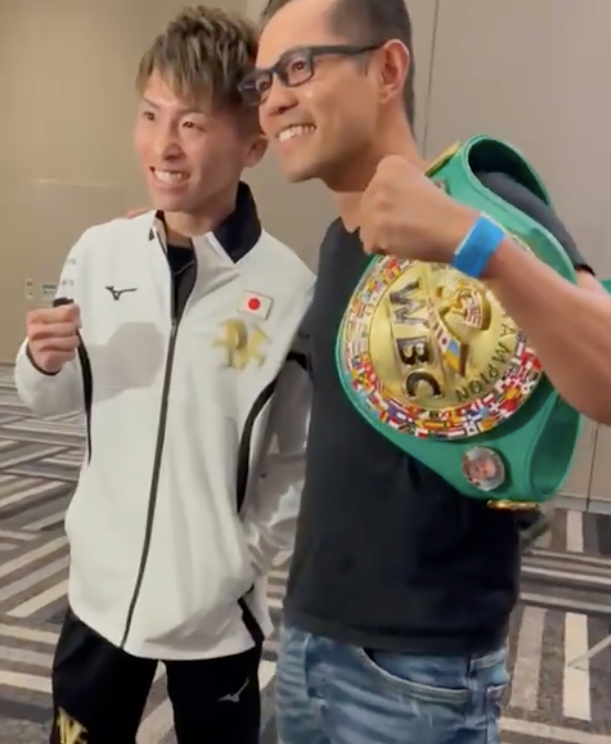 In a video that Top Rank posted on social media, the two met and exchanged pleasantries ahead of Inoue’s press conference with Filipino opponent Michael Dasmariñas.

Inoue, the WBA Super and IBF champion, posed for pictures with the WBC titleholder Donaire more than a year after their 2019 fight in Japan that ended in a unanimous decision win for The Monster.

A person in the background asked Donaire if he’d run it back with Inoue and the Filipino Flash happily said yes a couple of times.

Though Inoue didn’t have his titles with him, he did playfully try to take away Donaire’s WBC belt.

The two slugged it out in an absolute barnburner in the bantamweight finals of the World Boxing Super Series that was seen as a resurgence for the 38-year-old Donaire who stood toe-to-toe with Ring Magazine’s no.2 pound-for-pound fighter in the world.

After loss, Donaire borrows Ali trophy from Inoue to fulfill promise to his sons