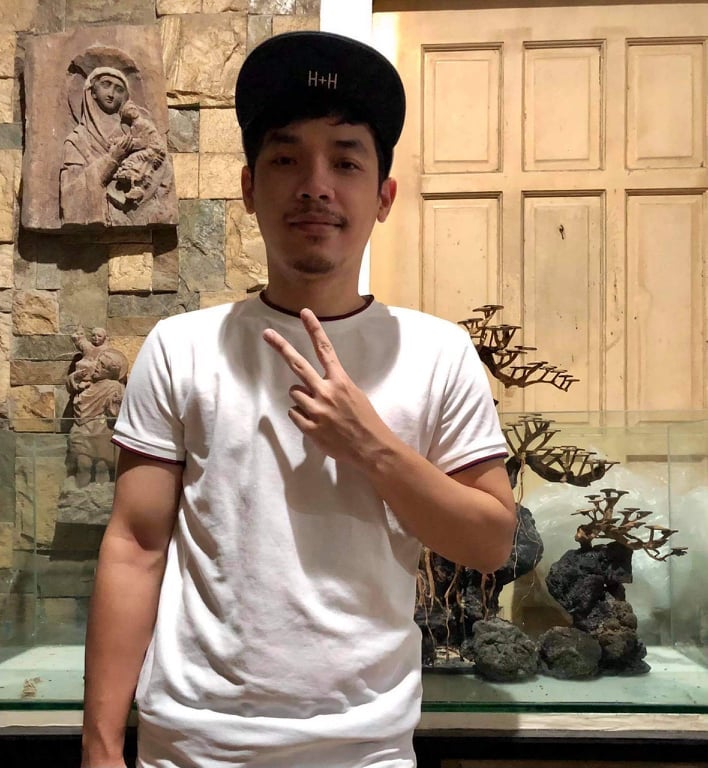 CEBU CITY, Philippines — “I see an empty aquarium as a blank canvas, a limitless opportunity to create nature.”

This is what 31-year-old Val Vincent Vergara, an architect and an ‘aquascaper’ from Talisay City, feels before he starts trying to create art through aquascaping.

Aquascaping, the art of arranging elements such as plants and rocks in an aquarium intended to create the appearance of a natural aquatic environment, might be a costly and time-consuming hobby. But with his love for art and nature, Val continues to do what he loves doing.

“I see it more as passion than a career. I can see myself aquascaping even if no one pays me. I will still continue. Without the monetary value, I will still make. Creating aquascapes is a satisfying process, it makes me happy,” he said.

Val started watching videos on ‘aquascaping’ five years ago. He became his own trainer and him his own trainee. Val relied on videos from YouTube, which helped him develop his skills.

Then the pandemic came. At that point, what he loves doing became his escape and diversion from all challenges brought about by the pandemic.

His first attempt in November took him a week before he finished it. Whatever he saw from the videos he watched, he applied it, trying to create a separate world in his own aquarium.

He opened his craft to his clients in February 2021.

Val finds peace with ‘aquascaping’ amid the challenges in life.

(Money can’t buy happiness. When you see the things you make grow, I feel accomplished.)

Vergara says ‘aquascaping’ is not easy, but it helps him emotionally.

For those who have the same passion as him, Val reminds everyone to never let go of it. Try countless times if fate won’t come along with you. The thing here is, you tried, and regardless of the outcome, you still learned.

“You don’t have to be great to start, but you have to start to be great,” he said.

Here are some of his works: 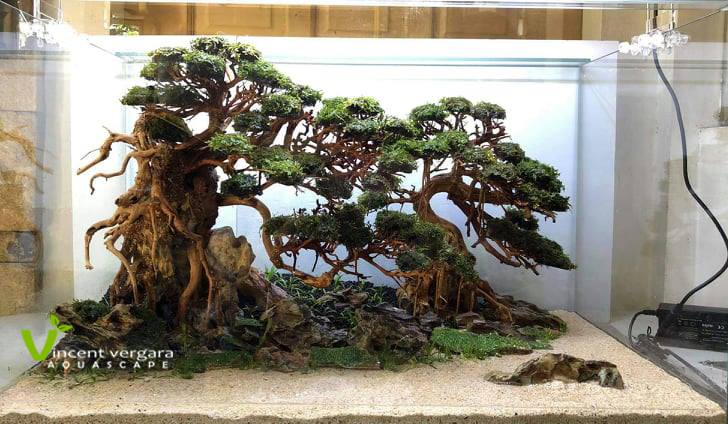 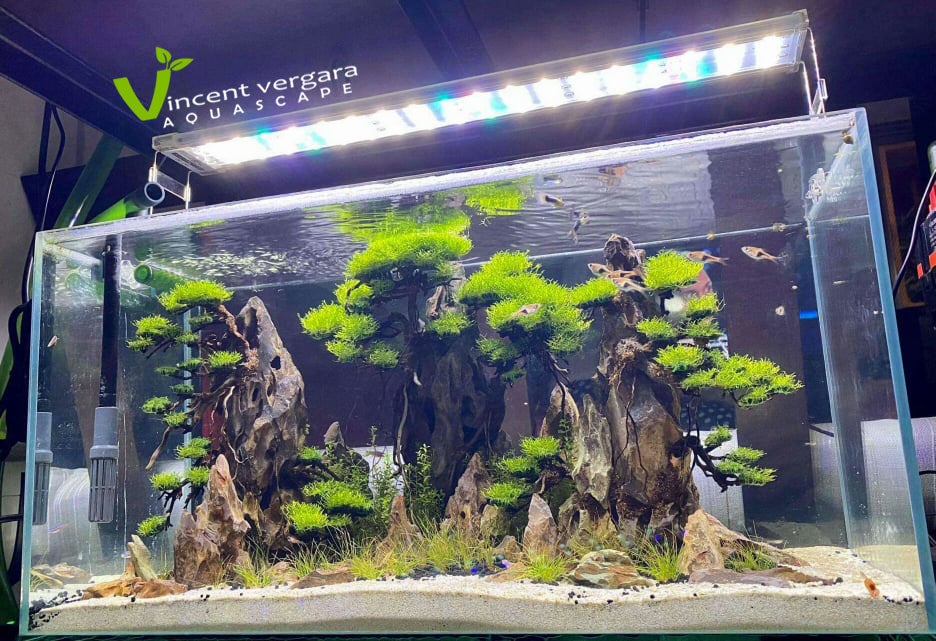 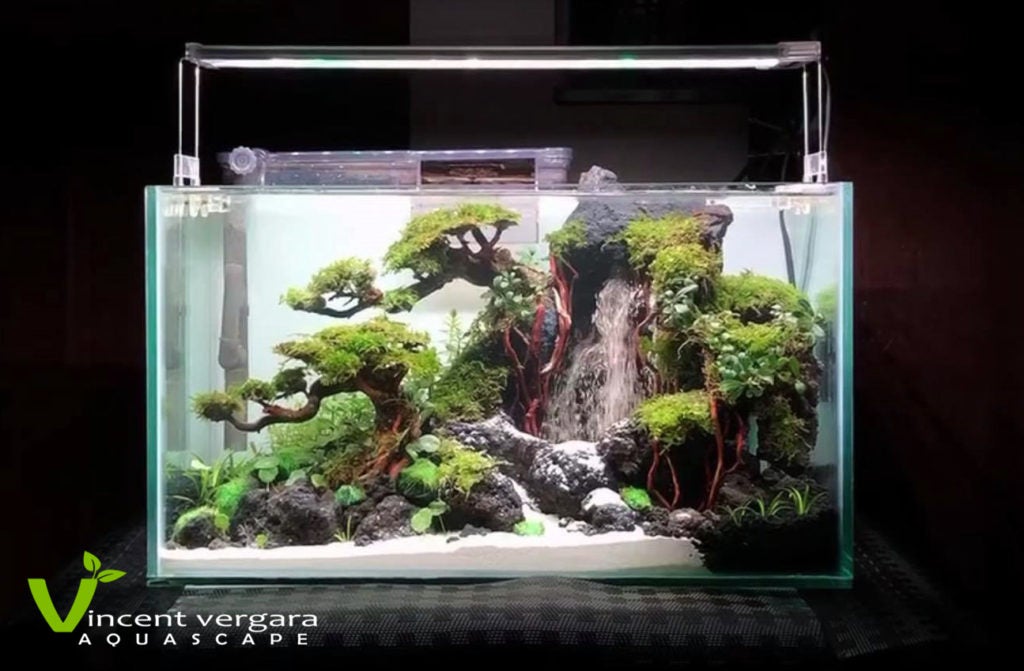