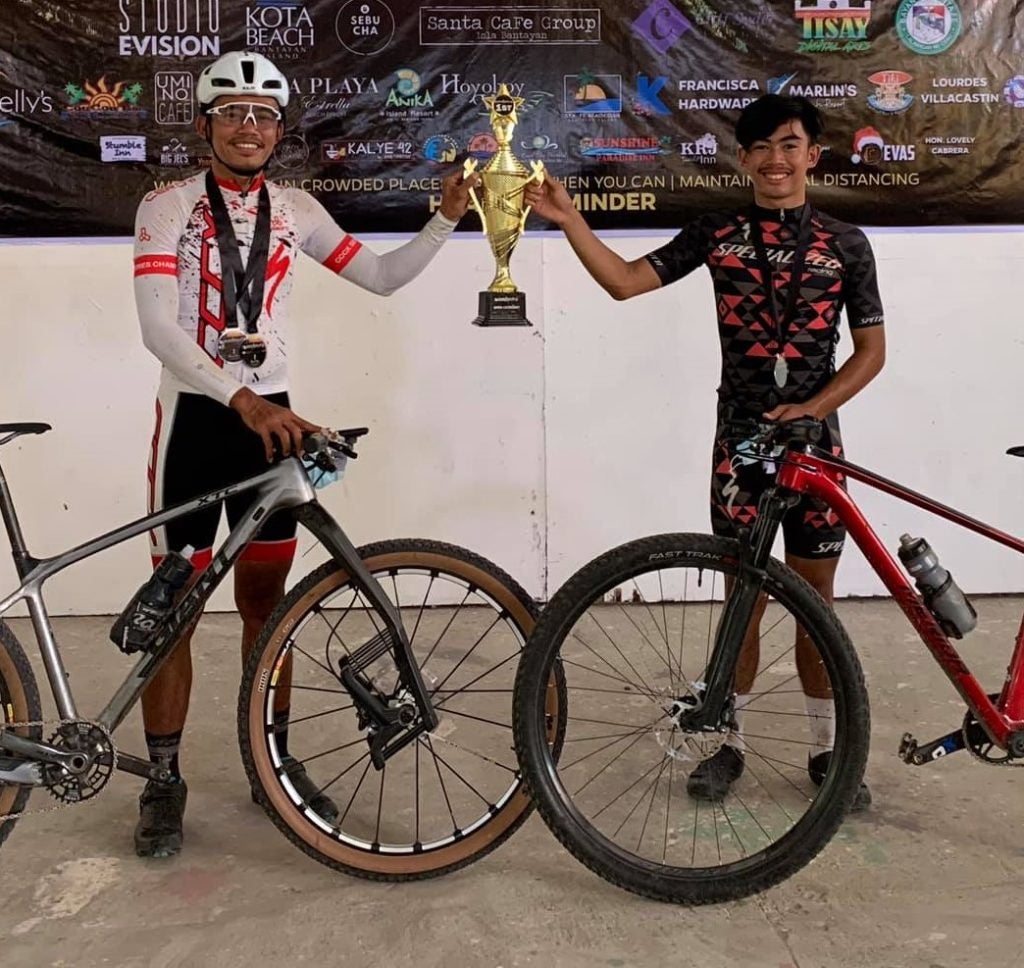 Dongkey Sanchez (left) and his son, Khalil, pose for the camera in one of their local races. | Khalil Sanchez’s Facebook photo

Dongkey dominated the 40-49 years old category while Khalil topped the 19-below category in the race that featured more than a hundred cyclists.

The race, organized by Kagud Cycling, featured a lung-busting 30-kilometer race course that had an elevation of 1,349-meters.

Eusebio Quiñones of Team Arctic placed second behind Dongkey Sanchez while Dondon Yu of Team Molmol completed the top three in the division.

Cailh Jeron Mariano of Team Move Lilo-an trailed the younger Sanchez at second place in the 19-below category while Jover Husay settled for third.

In the elite division, Christopher Ceniza of Team Distrito emerged on top ahead of  Cezar Lapaya of Cycleline  and Ken Colmo of Team Molmol, respectively.

Rodel Villaver, Randy Carbonera, and Kirk Jed Gilloagan were the first to third placers in the 30-39 years old.