Higher than number in May but unemployment rate still at 7.7% 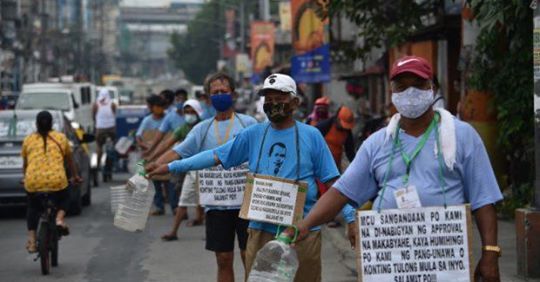 MANILA, Philippines — The number of jobless Filipinos increased to 3.76 million in June, equivalent to 7.7 percent of the labor force, the Philippine Statistics Authority (PSA) reported on Tuesday.

Although the number was up by 30,000 from 3.73 million in May, the unemployment rate was the same as the previous month’s level due to the expansion of the labor force during the period, the PSA’s latest monthly labor force survey showed.

In a press conference, Dennis Mapa, the National Statistician, said the labor force population—the number of employed and unemployed Filipinos aged 15 and above who were active in the labor market —further rose to 48.84 million in June, or up by about 390,000 from May’s 48.45 million.

Last April when the strictest enhanced community quarantine (ECQ) was reimposed in National Capital Region (NCR) Plus — Metro Manila and four surrounding provinces accounting for half of the economy — 4.14 million Filipinos were reported jobless, bringing the unemployment rate to 8.7 percent during the month.

While the number of unemployed increased in June, those with jobs also climbed to 45.08 million from 44.72 million in May given the bigger labor force. This meant about 360,000 Filipinos gained employment during the period.

The number of underemployed or those looking for jobs with larger incomes or longer working hours also climbed to 6.41 million in June or 14.2 percent of the labor force population from 5.49 million or a record-low rate of 12.3 percent in May.

Mapa noted that quarantine levels played a big part in job generation and losses—he said localized and less stringent restrictions in May and June had allowed a gradual return of jobs.

In the case of underemployment, Mapa said it surged in Cagayan Valley in June when the region reverted to stricter quarantine.

“With the emergence of the COVID-19 Delta variant, the government has prioritized arresting the spread of this more contagious virus through more proactive quarantines in high-risk areas and an accelerated vaccination program. These actions are crucial in ensuring that economic gains in recent months will resume once we have addressed this current threat,” Socioeconomic Planning Secretary Karl Kendrick Chua, Finance Secretary Carlos Dominguez III, and Budget Officer in Charge and Undersecretary Tina Rose Marie Canda said in their statement.

“Since January 2020, net job creation has totaled 2.5 million, indicating that the economy has exceeded the prepandemic employment level after losing 8.7 million jobs during the height of the quarantines in April 2020,” they said.

“Despite the increase, the underemployment rate is still much lower than the figures recorded in the first four months of 2021. Lower underemployment rates in recent months point to improving job quality as restrictions in the economy were relaxed,” they added.

With a revert to ECQ on Aug. 6 to Aug. 20 in NCR, the economic team admitted that the lockdown “may temporarily impact employment outcomes in August.”

“The government is determined to maximize this period to accelerate vaccination in high-risk areas in order to safely resume economic activities and restore jobs,” they said, citing that 20.9 million COVID-19 jabs—11.7 million of first doses, plus 9.1 million of second doses —were already administered as of Aug. 1.

“In July 2021, the government achieved its fastest vaccination drive so far, administering about 10 million doses.