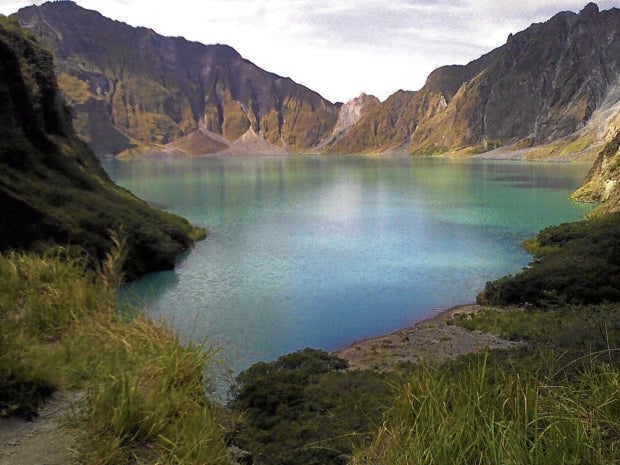 MANILA, Philippines — The Philippine Institute of Volcanology and Seismology (Phivolcs) lifted Mt. Pinatubo’s alert level 1 on Thursday, August 12, 2021, due to a “continued decline in earthquake activity and a return to baseline seismic parameters.”

“This means observational parameters have returned to baseline levels and the volcano has returned to a period of quiescence,” it added.

Phivolcs said it noted a “significant decrease” in volcanic earthquakes, with a total of 104 quakes or an average of two to three events per day recorded from July 1 to August 1, 2021.

“In addition, diffuse CO2 (carbon dioxide)flux from the Pinatubo Crater lake, which is an indication of deep magma degassing, was measured at 263 tonnes/day in mid-April 2021, well within the background range of <1000 tonnes/day recorded since 2008,” Phivolcs added.

“Lastly, data from continuous GPS monitoring of the Pinatubo edifice that began in March 2021 indicate that ground deformation detected by InSAR data analysis for the period June 2020 to May 2021 is likely tectonic, rather than volcanic, in origin,” it further said.

Phivolcs, however, said entry into the Pinatubo crater area “must always be conducted with caution due to the perennial hazards of rockfalls, landslides and expulsions of lethal volcanic CO2.”

It also advised those living in valleys and active river channels to exercise caution and vigilance against “sediment-laden streamflows and lahars in the event of prolonged and heavy rainfall.”

Phivolcs said it continues to monitor the volcano’s condition.

Should there be a “renewed increase in any one or combination” of monitoring parameters, Phivolcs said the alert status of Mt. Pinatubo may be raised anew.