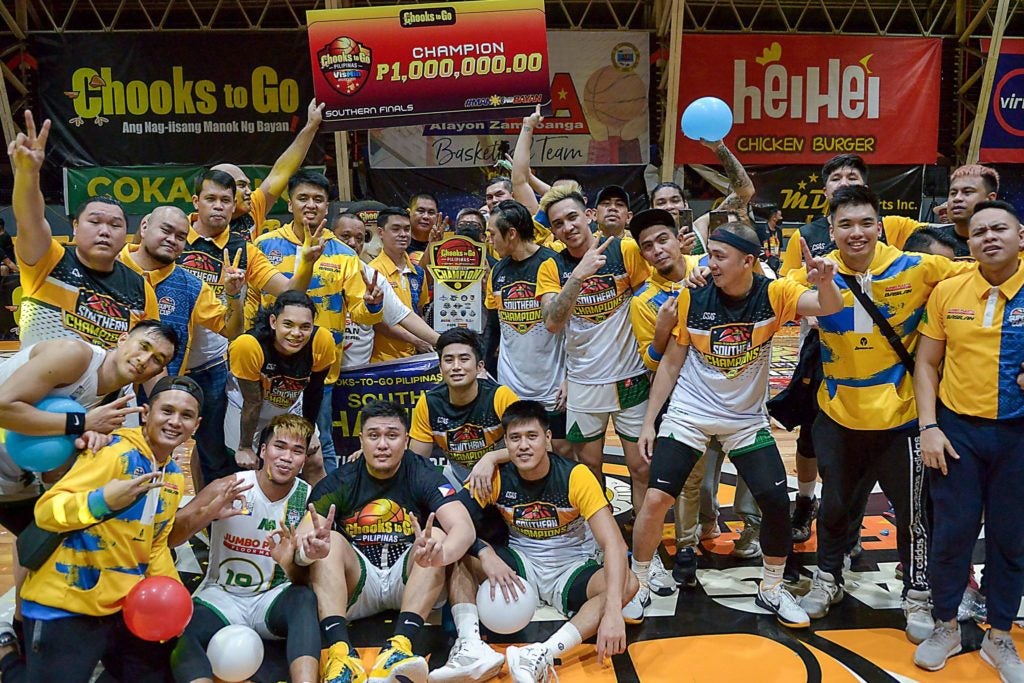 CEBU CITY, Philippines — The KCS Computer Specialists-Mandaue City have overcome adversities after adversities in their journey towards basketball stardom.

Given up for dead in the Visayas leg playoffs, they climbed all the way to a surprising championship appearance and relied on pure guts to upset an unbeaten foe in capturing the Visayas leg crown.

So when they traveled to enemy territory in the league’s South Conference Finals, a lot of people were hoping that the Mandaue-based team will win all the marbles despite losing three of their star players before the finals.

But the Computer Specialists’ hopes of winning the crown came crashing down in the face of a merciless enemy with as much pride and honor to protect.

When the dust of the storied battle settled, the Computer Specialists had to contend with being the runners-up to the Jumbo Plastic Basilan Peace Riders who made history by winning the title after sweeping all their assignments in the Mindanao leg and in the one-sided championship series.

The Peace Riders swept the best-fo-5 series, 3-0, sealing it with a dominating Game 3 victory, 83-65, to hoist the inaugural South Conference champions trophy.

Imagine what an exciting finals series it would have been had these three tested warriors were able to don the KCS jersey?

Despite getting clobbered by the heavily-favored Peace Riders, the Specialists fought with heart for three straight games in the finals series.

The Specialists played Game 3 without their starting forward Michole Sorela who suffered back spasms and an injured Shaq Imperial, the team’s crafty guard who played limited minutes.

The Specialists though showed some fight after taking a, 23-20 lead in the first quarter.

However, Basilan was a totally different team in the second when it held KCS scoreless in the last 4:45 of the period while grabbing a 13-point lead at halftime, 43-30.

The Mindanao leg champs then bludgeoned the Cebuanos in the third quarter by unloading a, 15-0 bomb and erect a whopping 28-point margin, 58-30.

A trey by Imperial midway in the third period ended KCS’ scoring drought.

The Computer Specialists proved they won’t go down without a fight as they opened the final period with a 10-0 run, to cut Basilan’s lead to 14, 52-66. But they would just trade baskets with the Peace Riders the rest of the way and were unable to break their double-digit deficit.

Jay Collado led the champions with 15 points and four rebounds while Michael Juico added 14 points, seven rebounds, four assists, and two steals. Michael Mabulac was a beast in the paint with 13 points and 14 rebounds.

Juico got ejected in the final period for committing two technical fouls.

Rhaffy Octobre, who had 27 points in Game 2, was limited to just two points in 13 minutes of action, bothered with foul trouble throughout the game.

Besides the honor of being the first-ever Southern champions, Basilan bagged the P1-million winners’ purse.