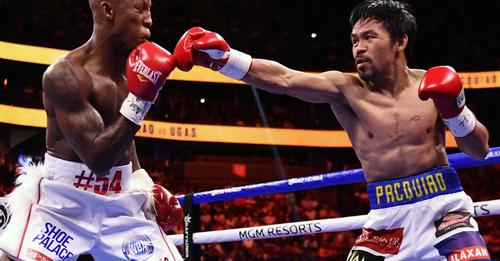 Cuba’s Yordenis Ugas upset Manny Pacquiao to retain his WBA (Super) welterweight crown on Saturday, winning by unanimous decision after a bruising 12-round battle at the T-Mobile Arena.

Ugas — drafted in at the 11th hour after Pacquiao’s original opponent Errol Spence Jr. withdrew through injury — dominated the Filipino icon with his jab and cleaner punching to win on all three cards by 115-113, 116-112 and 116-112.

Pacquiao feels that Father Time hasn’t slowed him down

Read Next
No vaccines destroyed in blackout, says DOH-7