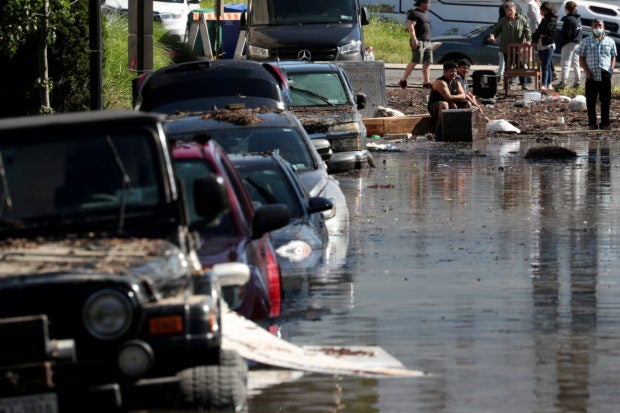 MANILA, Philippines — Some members of the Filipinos community in New York were affected by flash floods in the city and nearby areas.

“We have been informed that some members of the Filipino Community suffered damage to their homes and vehicles,” it added.

The consulate said it has yet to receive reports of any Filipino casualties but urged those who may know of such cases to report them as soon as possible.

“Kababayan[s] who may need assistance are also requested to let us know so that the Consulate and other members of the Filipino Community could mobilize resources,” it added.

In a Twitter post, Philippine Consul General Elmer Cato shared a photo showing flooding along the streets in Woodside, Queens.

We passed through this street in Woodside, Queens, two hours before it was submerged by heavy rain from remnants of Hurricane Ida last night. @PHinNewYork pic.twitter.com/QQrni6YSSt

“We passed through this street in Woodside, Queens, two hours before it was submerged by heavy rain from remnants of Hurricane Ida last night,” Cato’s photo caption read.

At least 41 people were killed in the flash flooding that swept away cars, submerged subway lines and temporarily grounded flights in New York and New Jersey due to Hurricane Ida.