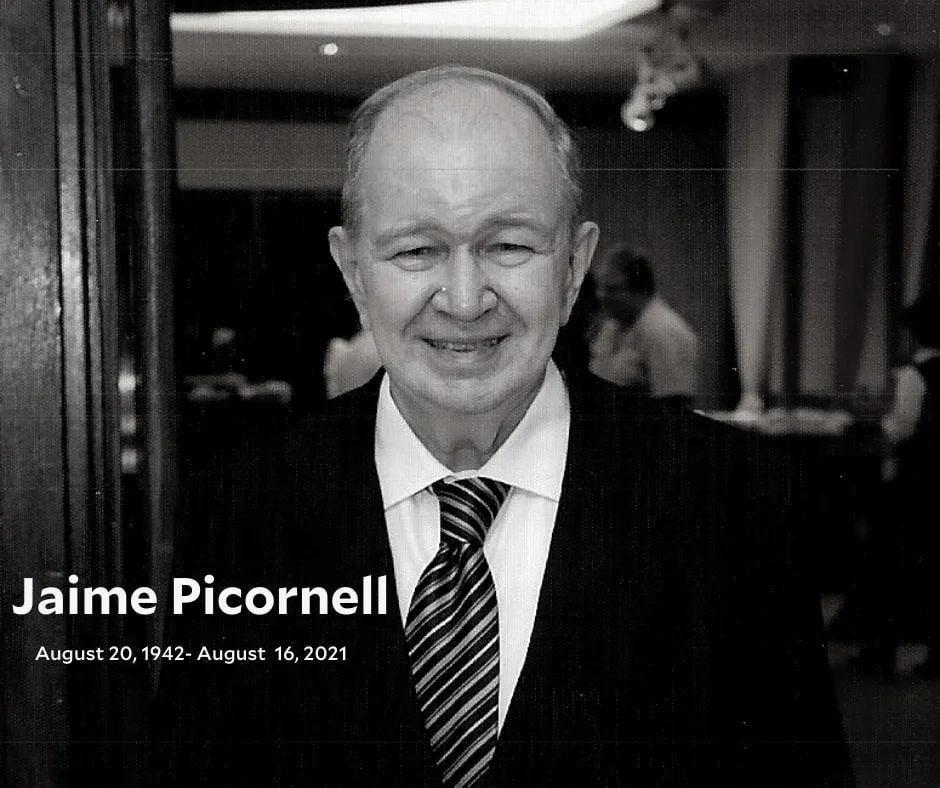 A TRIBUTE TO JAIME PICORNELL

Hence, it was unanimously agreed that he became a board member emeritus and ACCFI mentor.

LOYAL. That is a stamp that was instantly associated with Jaime, one that sets him on a standard all his own. Be it Amigos de España or Cultural &amp; Historical Association of Cebu (CHAC), The Freeman or Cebu Daily News, Chaine desRotisseurs, or Saturday morning Mass for La Nuestra Sra. del Pilar at Asilo de la Milagrosa Church: once Jaime involved himself, he stayed the course, marking an illustrious name for himself through his involvements.

ARTS AFICIONADO. Maia Villarica-Franco, ACCFI founding president, remembers Jaime attending cultural events when he was abroad. In Madrid, he invited Maia once to watch a zarzuela. In another instance, Marlinda Angbetic Tan, ACCFI founding member, recalls a media trip to London when she and Jaime slipped away to watch the classic comedy of manners, Oscar Wilde’s “The Importance of Being Ernest” with the legendary Vanessa Redgrave on stage with her daughter Natasha Richardson.

Jaime would readily invest time and personal resources to watch cultural events in Cebu, or in other places here and anywhere in the world where he would find himself.

Participating in these arts performances was an adventure, deepening his stock knowledge and widening his cultural perspectives.

Outputs of his cultural forays would be shared in his newspaper columns, as well as in Arts Council meetings in terms of insightful opinions and witty comments.

RACONTEUR / CHRONICLER. Jaime’s ability of recall was one of his assets. He could rattle off dates, names, and events when called for, clarifying hazy aspects and vivifying what happened by anecdotal means. He was a raconteur par excellence that left those around him in helpless giggles or in speechless awe.

His writings quite reflect his cultural finesse. Generations of Cebuanos owe him a great debt of gratitude for placing the local cultural scene in constant public attention, as well as providing readers a good grasp of cultural happenings.

In 2010, Jaime pushed for the celebration of the 50th anniversary of ACC in the ambitious staging of Buenaventura Rodriguez’s “Mini, a Cebuano Zarzuela” at SM City Cebu. Headed then by Dramatic Arts chair Mayen Angbetic Tan, under ACCFI President Petite Garcia. It was a memorable event!

Through the mentorship of Jaime Picornell y Rodriguez, the baton has been passed to a younger generation of art lovers in the Arts Council of Cebu Foundation, Inc. Jaime successfully swept through the age divide, as he was always engaging and intellectually stimulating.

We salute the passing of the last original Arts Council of Cebu member: JAIME PICORNELL!

Read Next
From TV reporter to PBB housemate? Read on