Mandaue City firemen: They don’t just put out fires, they rescue pets too 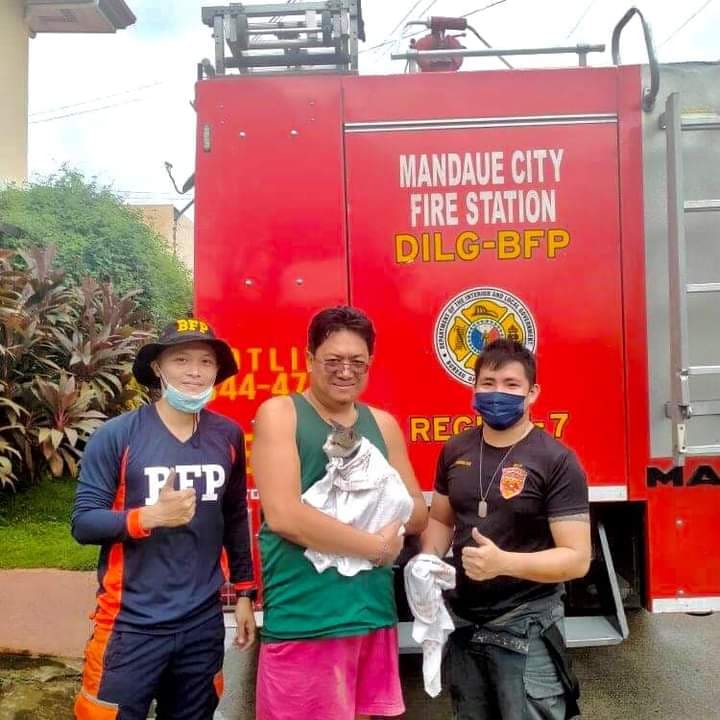 MANDAUE CITY, Philippines — A cat that was stuck for hours on the roof of a two-story house in Doña Rosario Village, Barangay Basak, Mandaue City was rescued on Tuesday, September 7, by personnel from the Mandaue City Fire Office and the Special Rescue Force.

Senior Fire Officer 1 Riel Denura of MCFO, said that they immediately responded to a call on Tuesday from the cat’s owner who said his pet had been stuck on the roof since Monday evening.

Denura said it took them about an hour before they were able to rescue the cat because it was raining and the roof was slippery.

Rescuers said they still didn’t know how the cat managed to reach the roof although they suspected that it went to the adjacent single-story house before climbing the roof.

Denura said that it was already their third time to rescue a cat. Before that, he said they were also called to rescue dogs, and at times to catch snakes.

He said they always bring a fire truck with them when conducting rescue operations because they still don’t have rescue vehicles.

He reminded residents that they can call their office through their hotline number 344-4747 if they have anyone or animals to be rescued.