General public to get jabs after 61 million doses arrive 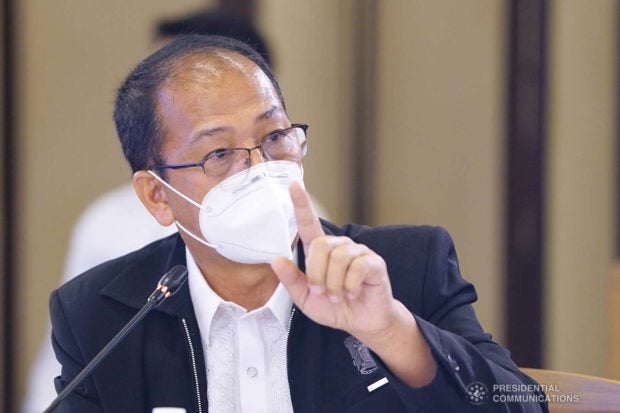 MANILA, Philippines — The government could start inoculating the general public, not only those in priority groups, if the government takes punctual delivery of the 61 million doses it expects in September and October, according to Secretary Carlito Galvez Jr. of the National Task Force Against COVID-19.

“If these 61 million arrive, we could have the general population [vaccinated] this coming October,” Galvez said in a meeting with President Duterte on Friday.

Galvez, who is in charge of the country’s vaccination program, said local governments had been allowed since Sept. 6 to vaccinate individuals in the first five priority categories.

“Those in the barrios and provinces outside of [Metro Manila], even though they don’t have the surge, [can now] vaccinate A1 to A5,” he said.

The government earlier prioritized A1 to A3 categories, consisting of health-care workers, senior citizens and persons with comorbidities, in the first few months of the mass immunization drive.

The campaign was expanded in June to include A4 category, or essential workers in key industries who have to work outside of their homes. The A5 category covers the indigent population.

The government’s campaign drive was greatly delayed by manufacturing and supply problems in Western countries, but Galvez said the government was now negotiating for the country’s vaccine supply for next year.

“We are now negotiating with four manufacturers with the introduction of the reformulated booster,” he said.

The booster is expected to address the new COVID-19 variants, he said.

The government has also recalibrated its strategy and has sent a bigger allocation of doses to Region 4A, he said.

Next on the priority list are Region 3, Region 7, Region 6, Region 10, Region 11 and other surge areas as directed by the President, he said.

Galvez also stressed the need for the public’s improved compliance with minimum health standards and other health protocols, as he noted experts’ statements that the vaccine alone cannot stop the highly infectious Delta variant.

“If people won’t comply with our directives, then we will have a hard time no matter what we do,” he said.