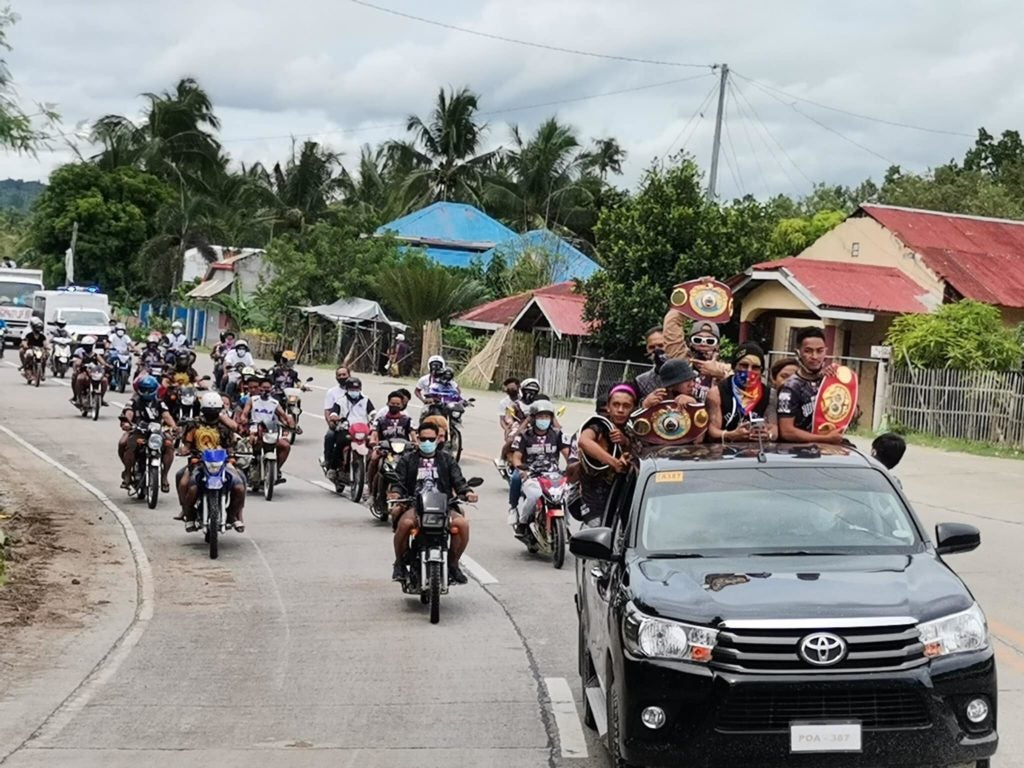 Johnriel Casimero’s convoy in his hometown in Merida, Leyte. | Photo from the Municipality of Merida, Leyte Facebook page

The 32-year-old Casimero was born and raised in Barangay Cabaliwan in the town of Merida, which is roughly 22 kilometers southwest of Ormoc City.

Last week, Casimero reportedly skipped a “Hero’s Welcome” prepared for him in Ormoc City. Reports say that the activity, which was supposedly going to be attended by Mayor Richard Gomez, did not push through due to miscommunication.

The City of Ormoc was supposedly going to give Casimero a plaque of recognition. However, it will be likely be rescheduled to a different date.

Before Casimero became the tough-talking internet sensation, he earned his stripes in boxing after winning the IBF world flyweight title.

He became more popular and got support from boxing fans after his harrowing experience in Mar del Plata, Argentina.

Casimero knocked out hometown boxer Luis Alberto Lazarte and angered the local boxing fans in Argentina. The angry fans then mobbed Casimero in the ring along with his ex-manager Samson Gello-ani and trainer Christopher “Ping-ping” Tepora.

After the incident, Casimero’s rise in boxing continued. He won the IBF world flyweight and the WBO world bantamweight titles.

He holds a record of 31 wins with four defeats. He has 21 wins by knockouts.