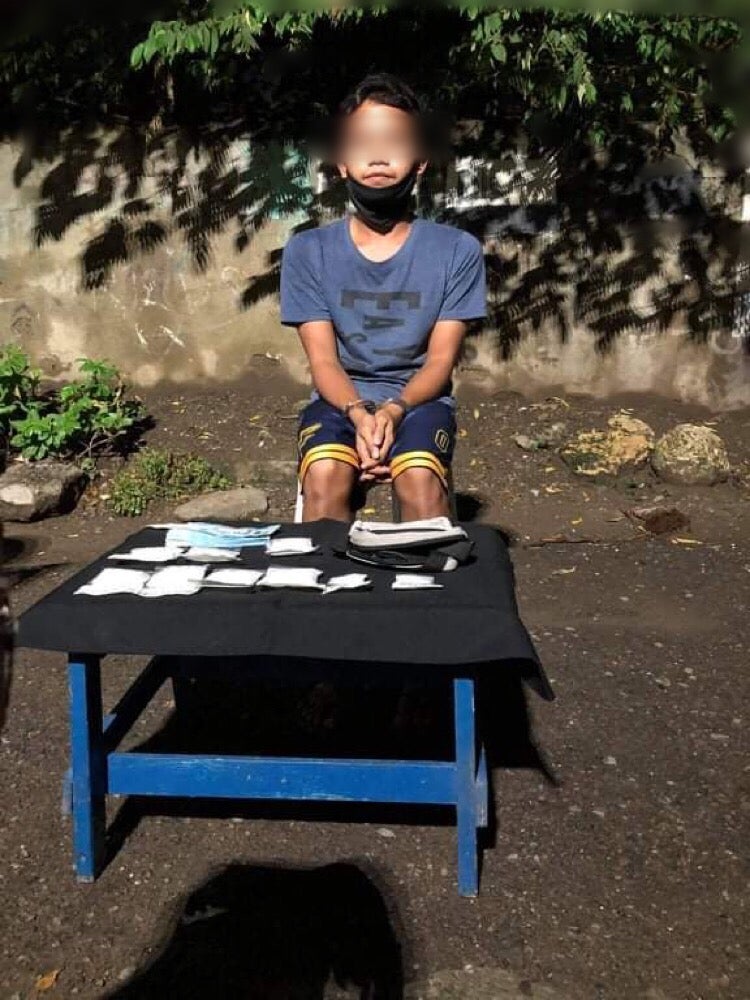 A 25-year-old man was arrested during a buy-bust operation conducted nearly midnight of September 16 in A Lopez Street in barangay Labangon, Cebu City. | Photo courtesy of CCPO-CIU

CEBU CITY, Philippines — A 25-year-old man was arrested with around P1.2 million worth of ‘shabu’ during a buy-bust operation late Thursday night, September 16, 2021, along A Lopez Street in barangay Labangon, here.

Police Lieutenant Colonel Randy Caballes, chief of the Cebu City Police Office (CCPO) Intelligence Unit, identified the suspect as Anthony Zabala, a resident of barangay Calamba. Caballes said the suspect is as a high-value individual at the regional level in terms of illegal drug trade.

Caballes added that Zabala claimed he was engaged in this illegal activity since August after he left his job as a construction worker.

According to Caballes, Zabala could dispose of around 200 to 300 grams of ‘shabu’ in areas near where he was caught such as barangay Calamba, and other neighboring barangays.

It took police two weeks to close a transaction with Zabala, who was caught with around 180 grams of ‘shabu’ with an estimated market value of around P1,224,000.

Zabala is currently detained at the CCPO detention facility as he will be charged for possessing and selling of illegal drugs.

As of this posting, police are working to determine the possible cohorts of Zabala in this illegal drug trade.

Read Next
Defending our environmental defenders