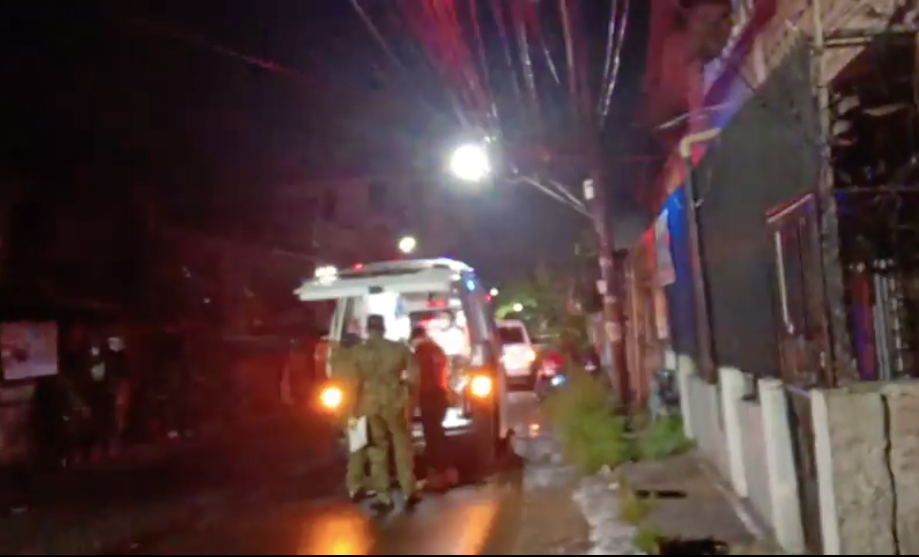 Emergency responders prepare to bring one of the injured in the road accident where a motorcycle with a customized sidecar flipped over in Barangay San Nicolas, Cebu City at past 2 p.m. on Friday, October 15.| via Paul Lauro

The accident caused the death of one of the backriders and injuries to the driver and another backrider.

Police Senior Master Sergeant Clint Almencion, the traffic investigator, identified the fatality in his report as Roger Rosano of White Road Inayawan, in Cebu City, who worked as a butcher in the Carbon Public Market.

Rosano was the outermost backrider, while another butcher, Reynaldo Mangaron of Talisay City, the backrider behind the driver, was seriously injured in the accident and was recuperating at the Minglanilla District Hospital.

Renato Badayos, the driver and owner of the motorcycle with the customized sidecar, was also injured in the accident.

Almencion said that the accident happened at past 2 a.m.

Badayos, who was slightly injured and was detained at the Mambaling Police Station detention cell, told CDN Digital in an interview that the front tire or wheel of the motorcycle suddenly locked as they were cruising along Tabaska Street in Barangay Basak San Nicolas causing the motorcycle with the customized sidecar to flip over.

Badayos also said that they were heading to Carbon market when the accident happened.

Badayos claimed that he was just at the right speed and that his motorcycle was in good condition when he was driving at that time.

He said that he even had his motorcycle tuned up every month and checked if some parts needed fixing.

He said that it was only when the accident happened that he knew that there was something wrong with the tire.

He also claimed that he had that motorcycle for quite a while now.

Badayos also asked forgiveness from the families of the late Rosano, and the injured Mangaron, who were both Badayos’ friends.

Police were waiting for the families of the victims to file a case against Badayos, who was detained at the Mambaling Police station.