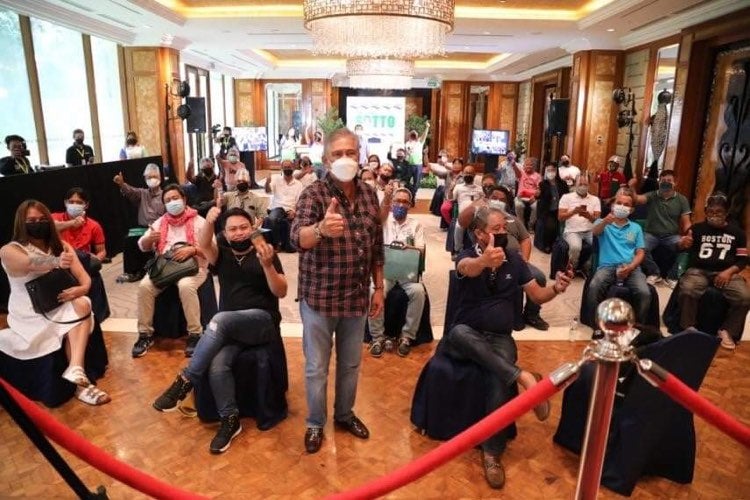 Manuel Utzurrum, representing the Negros Oriental Farmers Association Cooperative that has chapter in every municipality, said in a zoom meeting of supporters on Wednesday that sectoral leaders from Bohol, Siquijor, Negros and Cebu discussed ways to mount a “community-based campaign strategy” for Sotto, as they believed him as the only vice presidential bet who can talk to the masses.

The sectoral leader from Negros Oriental recalled how Sotto painstakingly listened to the plight of the marginalized sector in a hybrid townhall meeting on Oct. 8 at the Mactan Shangrila Hotel which they and other leaders attended through virtual platform.

The activity was attended by the leaders of marginalized sectors, such as vendors, fishermen, the LGBTQ (lesbian, gay, bisexual, transgender, and queer) community, farmers, women, urban poor, and “habal-habal” drivers, in Cebu, Bohol, Negros Oriental, and Siquior.

“The farmer sector is one of the most vulnerable sector in the Philippine society. Although we all know that farmers play a very crucial role in the food security aspect of governance, they are one of the most, if not the most, neglected group,” Utzurum said.

Danny Salac, adviser of the multi sector groups in the Province of Siquijor said the poor and the marginalized sector in the society are fed up of campaign pledges and empty promises of national candidates who could not even support cooperatives and organizations but their funding would end up at the politicians’ campaign kitty.

Salac said a team from Sotto’s office has been collecting proposals from different community-based organizations who attended the townhall meeting last month.

Lister Llemit, chairman of the Sangguniang Kabataan of Barangay Cayam, Garcia Hernandez town in Bohol, said the youth, women and LGBTQ sector in his province was hoored to have Sotto in a the first-ever townhall meeting with the marginalized sector like them.

Sotto, in his earlier message to the sectoral leaders, welcomed “social contracts” with the multi-sector groups as a way of linking their platforms of government or numerous socio-economic agenda straight to the citizens as their grassroot-level campaigners.

The youth leader underscored Sotto’s track record that started in 1988 when he was elected vice mayor of Quezon City; he won 11.7 million votes in 1992 senatorial election, the first general election under the 1987 Constitution; then became assistant majority floor leader; and in 2016 election, he garnered 17.2 million votes then elected by his fellow senators as Senate President.