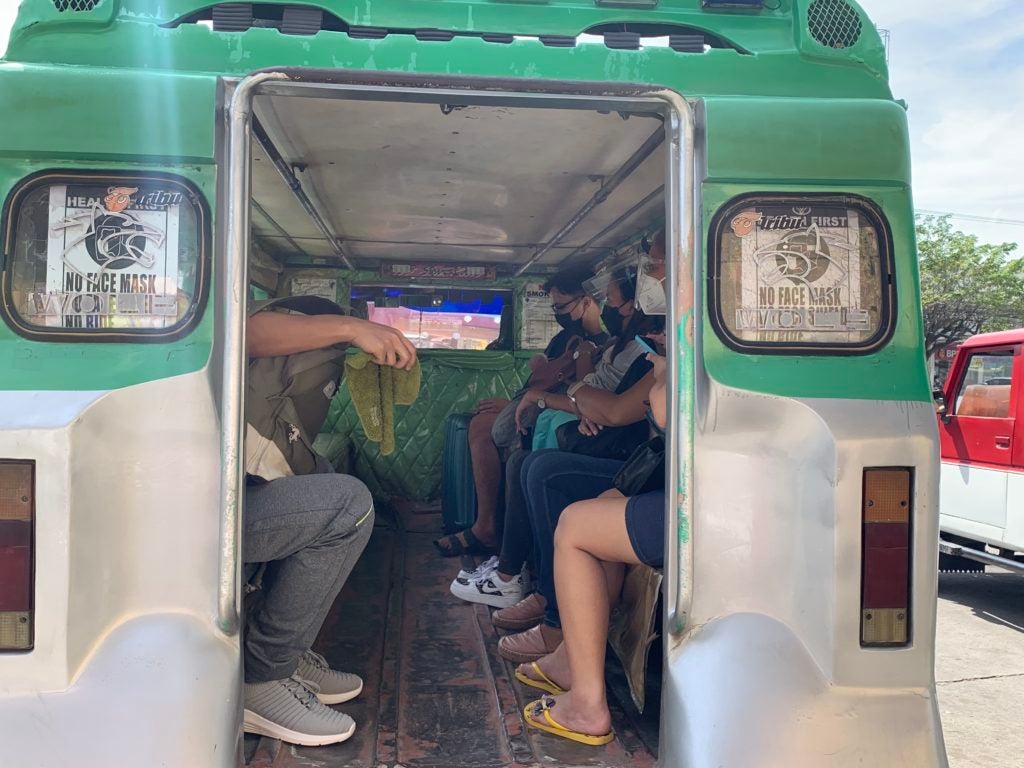 A passenger jeepney in Cebu City no longer has plastic barriers. | Delta Letigio

In fact, one Cebu City operator’s franchise has been revoked for multiple violations in the past days although Montealto has kept the name of the operator confidential as of now.

This should serve as a warning to public utility vehicles (PUVs) that even if it seems that restrictions are easing in the region, they still must comply with the 70 percent limited capacity.

Montealto said that without the plastic barriers, there are no more markers for jeepney passengers to use as to the capacity of the unit. 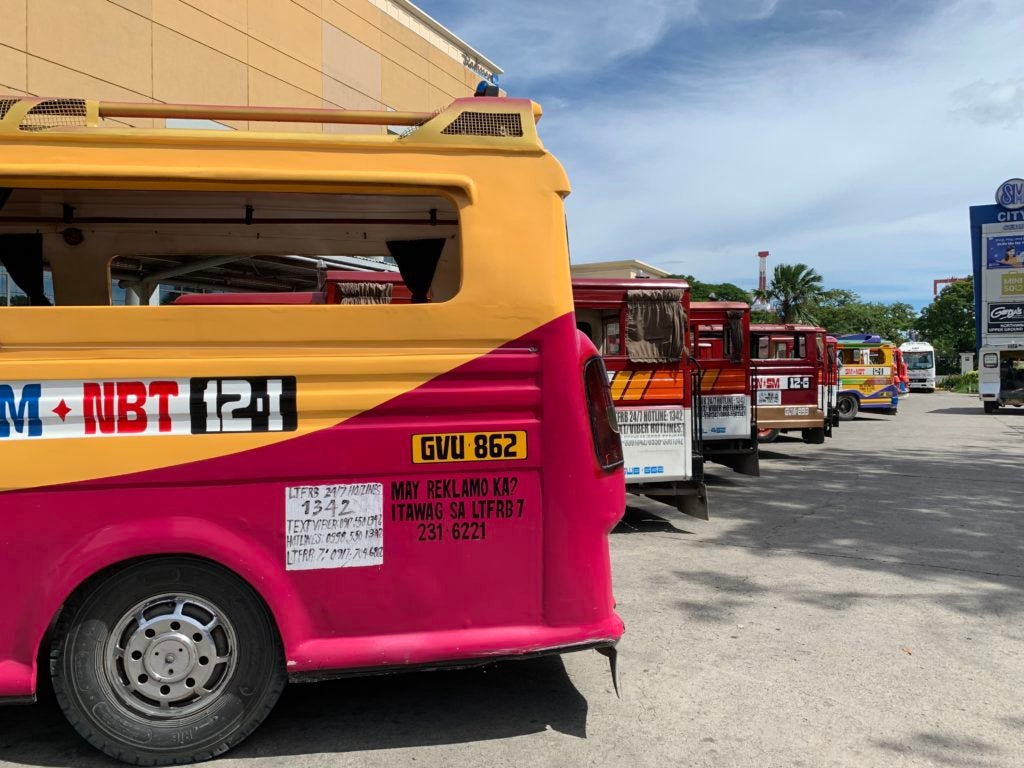 A jeepney terminal in Cebu City.

Montealto said that the LTFRB-7’s apprehensions are not the exact number of apprehended violators in the region as each local government unit (LGU) is also implementing the minimum capacity.

The average five to ten per day is only a small portion of the actual number of apprehensions being done in each LGU, especially in Metro Cebu, for these jeepney violators.

He notes that overloading is most common during the rush hours in the morning and evening, but rarely in the middle of the day.

The overloading may also have been prompted by passengers eager to go to work or go home during the rush hour and without the plastic barriers, it’s easier for passengers to squeeze in.

Still, the LTFRB-7 believes the penalty of P5,000 is enough to scare drivers from violating the health protocols. Multiple violations would entail a 30-day suspension of the franchise and then eventual revocation.

Montealto said that passengers can help in these instances of overloading by sending a complaint to the LTFRB-7 Facebook page with the plate number of the violating unit.

The director reminds the PUV drivers that they must contribute to maintaining public health by following the health protocols because once cases rise again, the transportation sector will be among those gravely affected.     /rcg