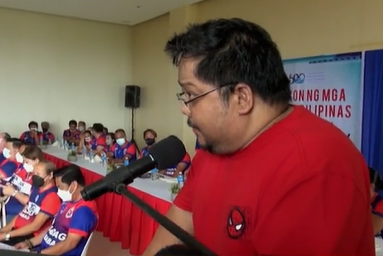 Martinez said that he decided to back out from his candidacy because he was afraid that his profession as a dentist, might get affected by it.

He added that he also just wants to lend his support to the mayor, instead of running for a post in the upcoming 2022 elections.

“In the political arena, I deeply believe that one can be successful if all candidates are being spread out meaning are properly represented by each barangay. Which in this case, 6 of us are from Brgy Pajo. In this way I have to do the ultimate sacrifice to ensure greater chances of winning,” Martinez said in a statement.

Martinez, however, endorsed Maribago barangay councilor Joseph Pangatungan to replace him in the team.

Pangatungan is an independent candidate for councilor in the city and the vice-president of the “Pederasyon ng mga Kagawad ng Pilipinas Lapu-Lapu Chapter.”

Pangatungan has accepted the endorsement and already took an oath before the mayor, for him to become an official member of the PDP-Laban, Chan’s national political party.

Read Next
Motorbanca springs a leak off the coast of Santa Fe; four rescued