CEBU, Philippines — Actress-singer Nadine Lustre once again made rounds online as she shared on Instagram a stolen video of rumored boyfriend Christophe Bariou.

In her Instagram story, Nadine appeared to be in a video call with Bariou. She simply wrote a black heart emoji on it. 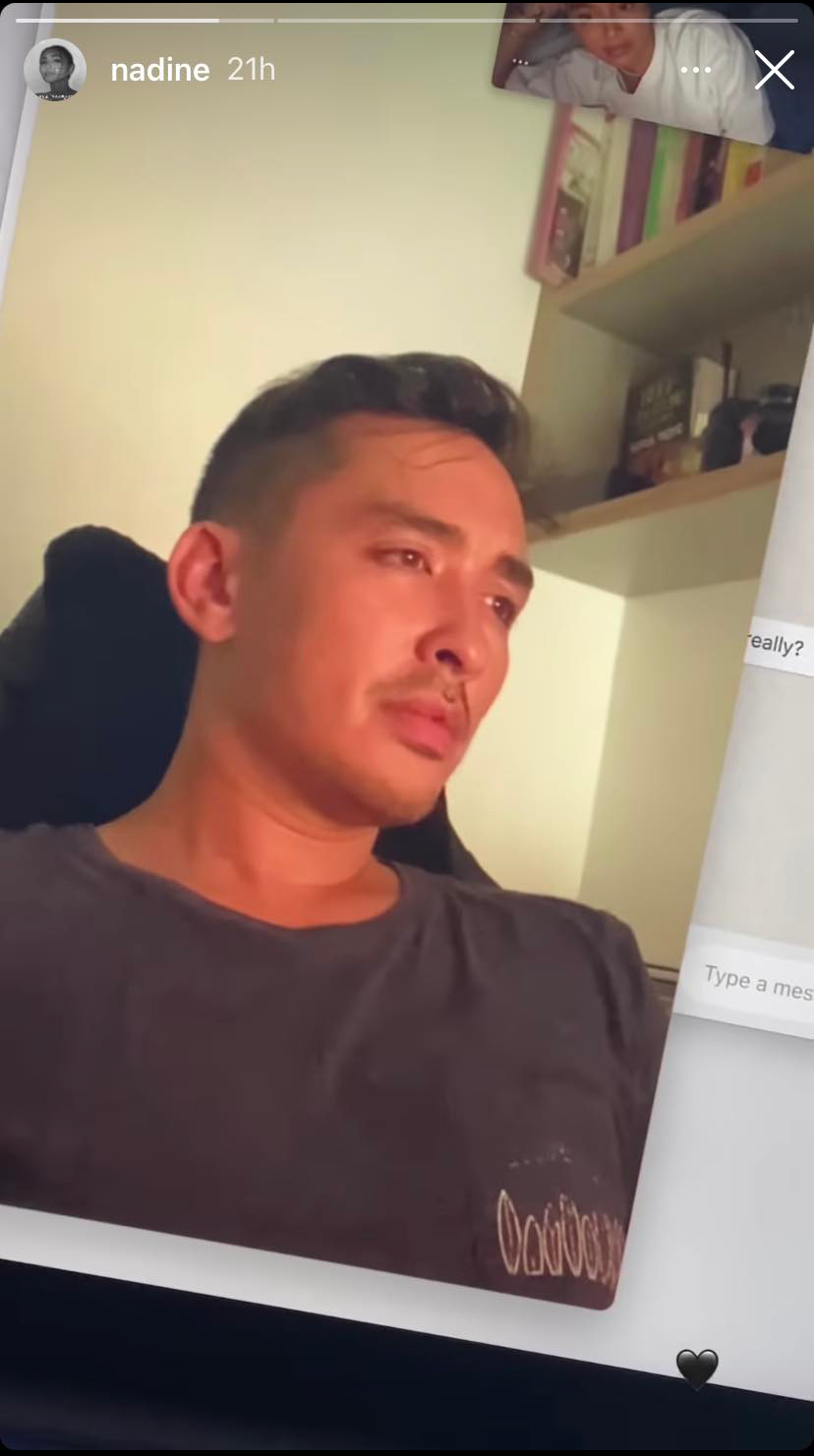 However, Lustre has yet to confirm or deny her relationship with the Filipino-French businessman.

Recently, Bariou is spotted together with Lustre and her parents in Siargao.

Lustre’s father, Ulysses Lustre shared some photos on Facebook which appeared to be Bariou sharing meals with them.

Previously, Lustre was in a relationship with James Reid which lasted over three years. They announced their breakup last January 2020.    /rcg