Cebu is known for its mouthwatering lechon. And if you have been to any local marketplace in Cebu, you will most likely find a lechon display in one of its stalls. Because of the Cebuanos love for this food, Ninyo’s Lechon owners came up with a tasty idea that will surely satisfy everyone’s lechon craving.

Early this year, Diana Pellerin, one of the owners of Ninyo’s Lechon, started selling lechon to her friends online. She would ask for orders using online group chats. She did not expect that her friends would grow fond of the lechon that she was selling.

With the positive feedback from her suki Pellerin decide to go full blast in her lechon business, thus the birth of Ninyo’s Lechon. 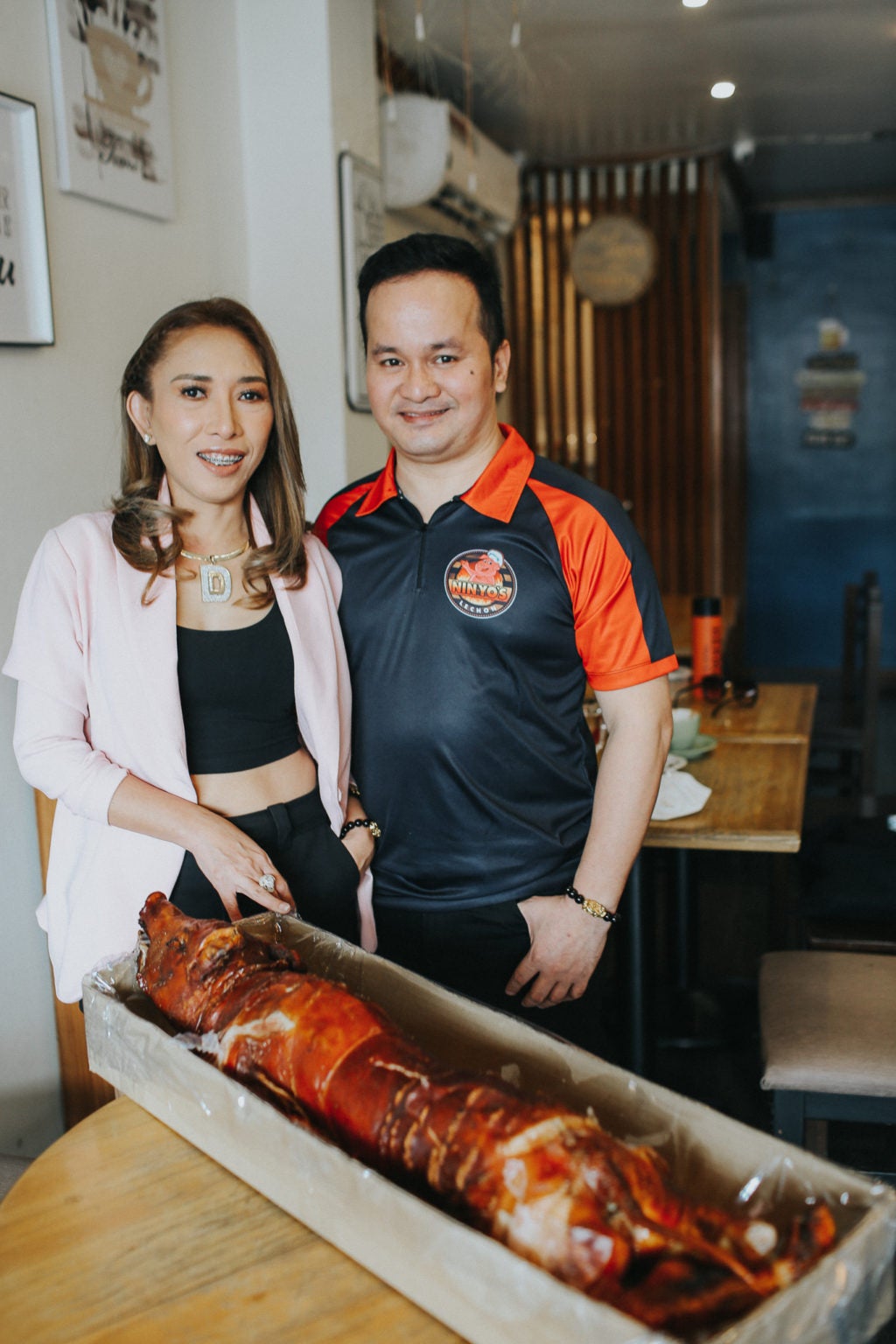 Their first branch is located at DCC Cafe in Barangay Talamban in Cebu City.  An extension branch was later on opened at the Cafe Delle located along Junquera Extension.  They serve their tasty lechon as early as 6 a.m. on Sunday and until supplies last.

On October 8, they also opened their third and newest branch at the Southscape in Talisay Cebu City.

And aside from selling their well-loved Cebu lechon, Ninyo’s Lechon’s Southcape branch also offers dugo-dugo and prichon or deep-fried lechon. Their lechon is sold at P650 per kilo while a whole lechon order is priced between P 6,000 to P10,000 depending on the size.

Ninyo’s Lechon also caters to corporate events and other celebrations. Order now through their Facebook and Instagram accounts or call 0977 141 9349. Truly, lechon is a crowd-pleasure. Any Filipino celebration would not be complete without a lechon at the center of the table.

Because they make sure to make the lechon that they sell is taster than ever.  They add secret spices to make their product standout in the market.

Pellerin said they were very meticulous in mixing their spices and with their product tasting before they finally decided to open their first branch in Talamban.

“A food business has a higher chance to survive amidst the pandemic. That is another reason why we chose to sell lechon instead of other food products,” Pellerin added.

With their business now growing, they are also getting more clients referrals each day.  They had their biggest order of 40 lechon pieces for Cebu City’s mass wedding held last September 21.

Even the former Secretary Harry Roque ordered from Ninyo’s Lechon for one of the Malacanang Palance’s events, not just once but twice. Famous Tiktokers, Michael Ver, Jam Magno, Deedee Villegas, and Ms. Angcool also approved of Ninyo’s Lechon irresistible lechon.

And another year coming, the owners of Ninyo’s Lechon are also conceptualizing plans to further improve your lechon experience.  They hope to, later on, open a restaurant to expand their menu to cater to Cebuano foodies.