Former Perpetual middle hitter Ronniel Rosales scored a drop shot to tie the match at 23 all and managed to block a shot, which put the Monarchs at match point.

In the ensuing play, a crucial error from MRT Negros during their attack prevented the match from going to a tie-breaker and sealed the victory for the Monarchs.

Dasmariñas now leads the Pool B standings with a 2-0 (win-loss) card.

Mark Calado led the Monarchs anew with 13 points along with seven digs. Madzlan Gampong had 13 kills while Rosales had three blocks for a 10-point effort for the Monarchs, who will face Sabong International Spikers to wrap up their Pool B assignments at 10 a.m. Wednesday.

MRT-Negros fell to 1-1 and needs to beat Global Remit at 1:30 p.m. to avoid playing in the classification round.

Jet Nonoy paced MRT-Negros with 15 points, including two blocks, while Jian Matthew Salarzon and Christian Marcelino each had 14 points. 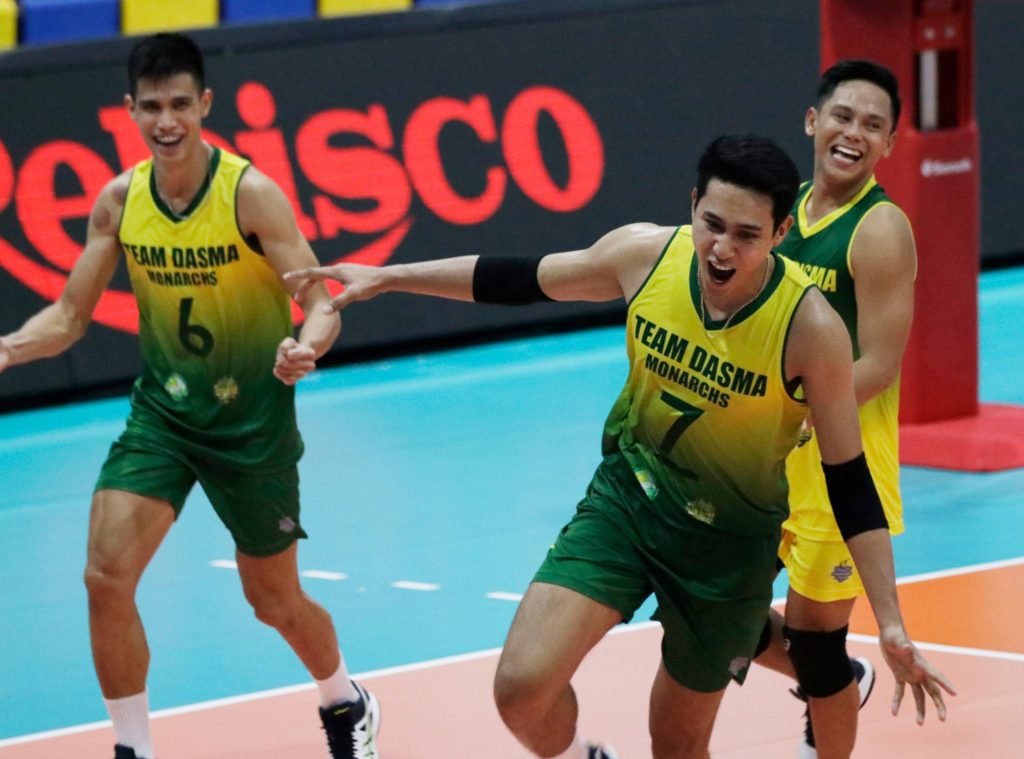