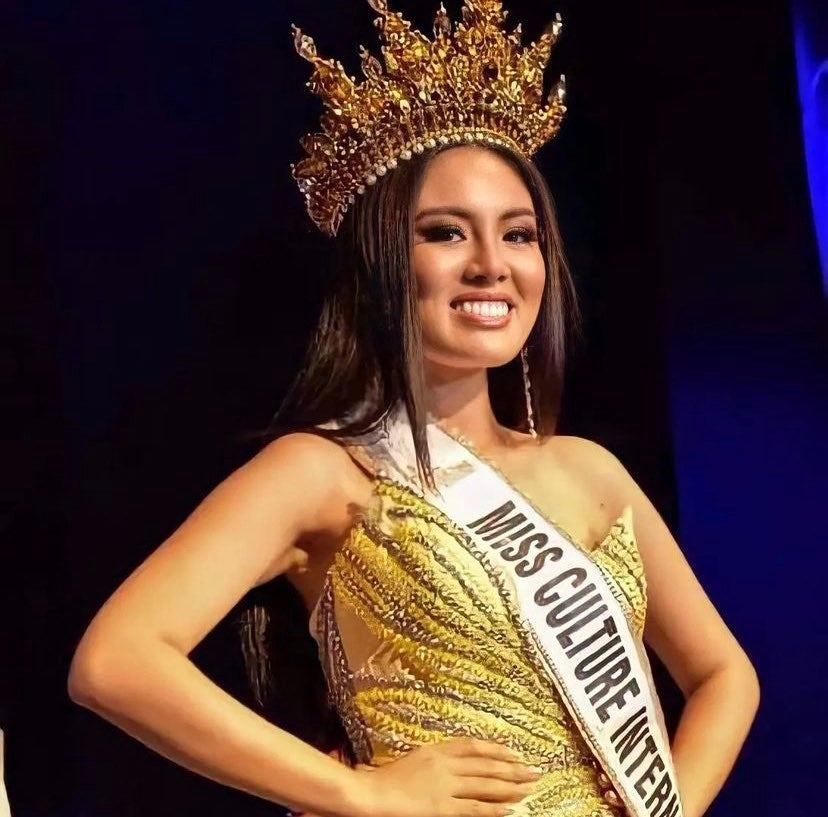 Godin, aside from clinching the crown, also won as Best in Swimsuit and Best in National Costume. 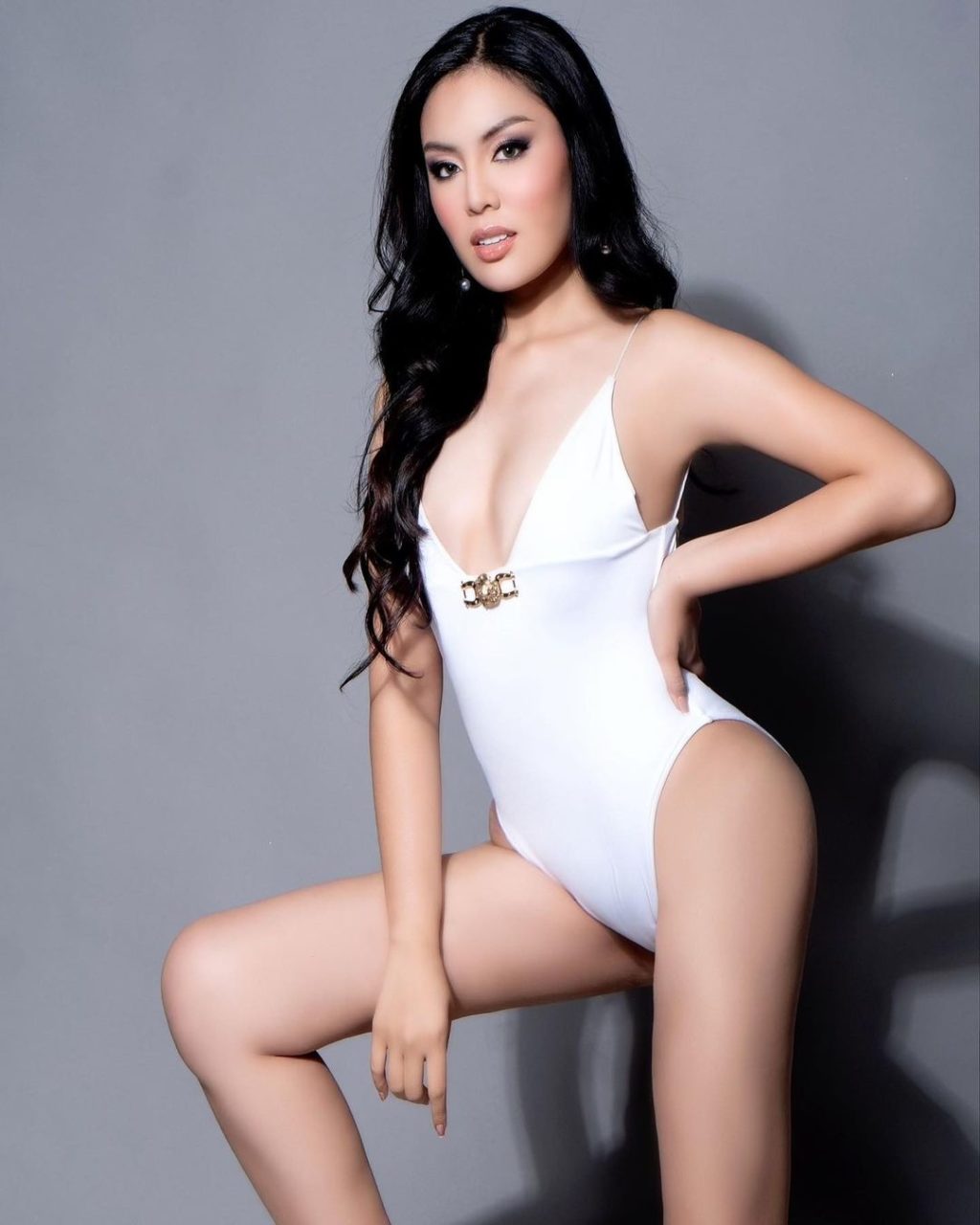 Godin in her white swimsuit

Her National Costume was inspired from the first-ever Philippine Eagle bred and hatched in captivity “using the cooperative artificial insemination (CAI) techniques.”

The costume resembles an eagle using the colors of the Philippine flag: blue, red and yellow. 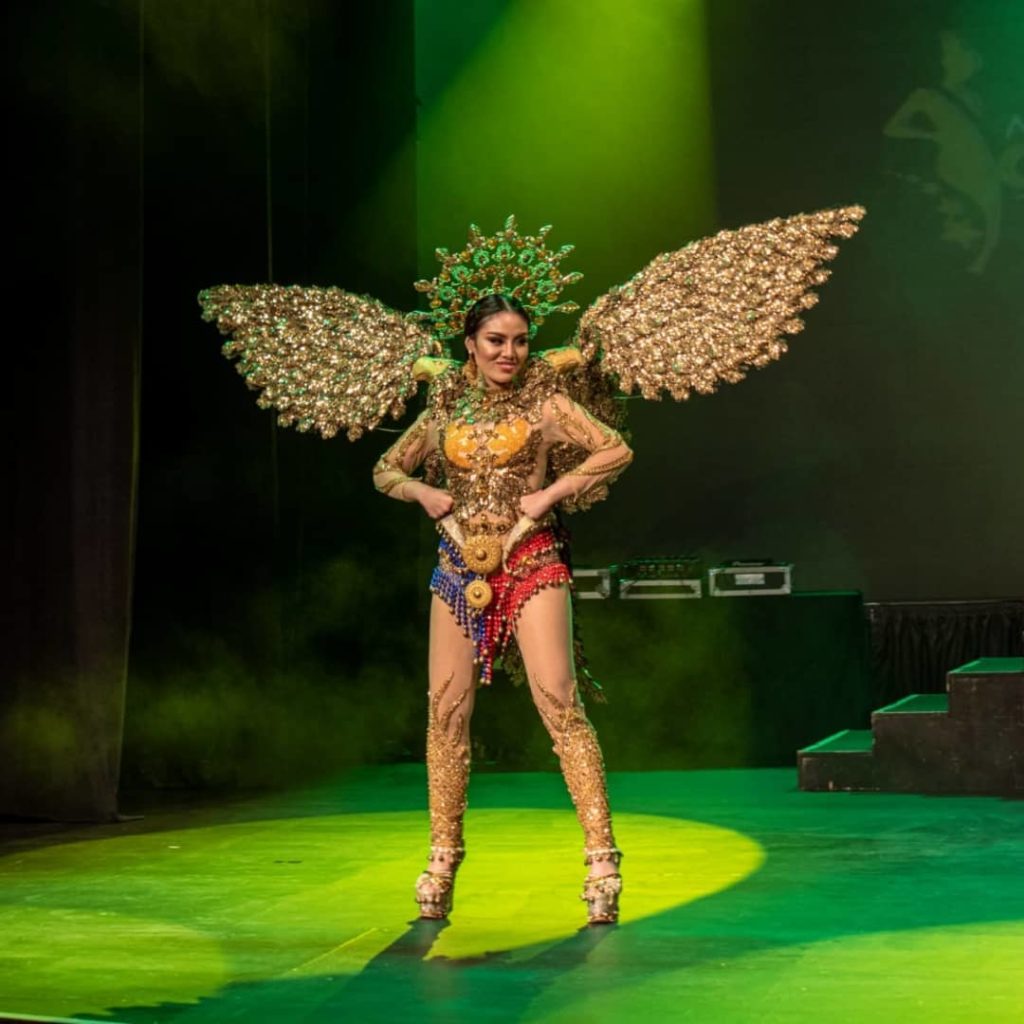 Godin in her National Costume

“This National Costume is to pay honor to PAG-ASA, the first-ever Philippine Eagle bred and hatched in captivity using the cooperative artificial insemination (CAI) techniques. Pag-asa’s birth- the culmination of 14 years’ worth of research, heralded hope for the critically endangered species and the entire conservation mission.

“Pag-asa lived his life as an icon of hope for Filipinos, young and old, and was a constant inspiration to the people working tirelessly to save our National Bird from extinction. Using the colors of our flag it represented the hope of every Filipino people for a better world” said Godin.

The Miss Culture International is a beauty pageant that aims to boost domestic and international tourism and participation in one’s own culture.     /rcg

Read Next
Osmeña: Paying SRP loan is not justification for squandering city funds