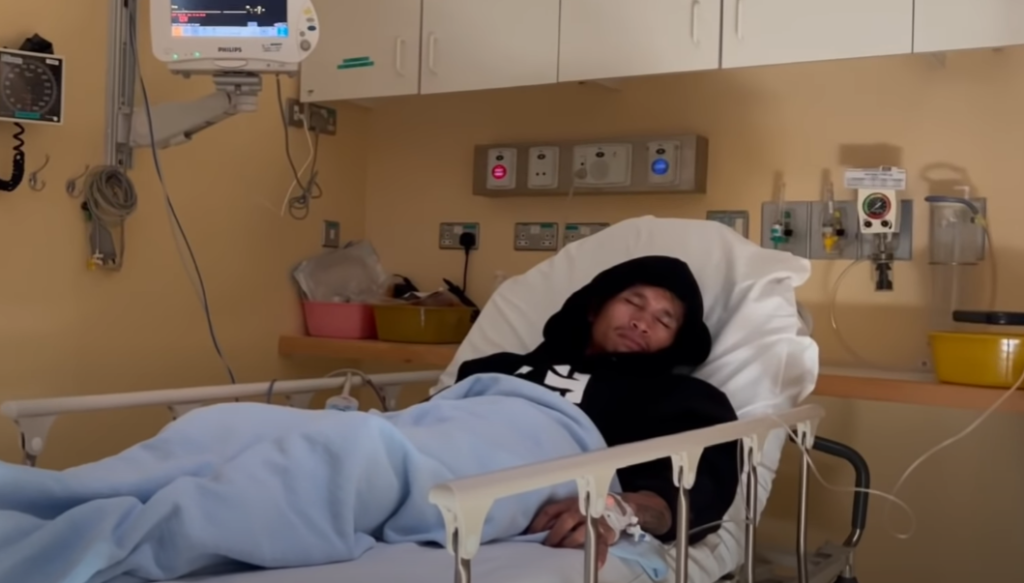 A photo of Johnriel Casimero inside a hospital in the United Arab Emirates is shown in his official YouTube channel, “Quadro Alas That’s My Boy”. | screengrab from video

CEBU CITY, Philippines — A YouTube video surfaced on Saturday, December 11, of a very ill Johnriel Casimero in a hospital somewhere in Dubai, UAE, which proved the main reason of his sudden withdrawal for his world title defense against British Paul Butler supposedly going to happen today.

In Casimero’s official YouTube channel, “Quadro Alas That’s My Boy”, it showed numerous photos of Casimero being carried on a wheel chair, being transported on an ambulance and admitted to a hospital.

According to Casimero’s camp, he suffered a viral gastritis before the official weigh-in yesterday. It severely dehydrated Casimero that forced him to withdraw from his bout.

However, the World Boxing Organization (WBO) gave Casimero a 10-day ultimatum to provide a medical certificate or else he would be stripped of his title and elevate the winner of Paul Butler-Joseph Agbeko bout in the co-main event of Probellum’s fight card at the Coca-Cola Arena in Dubai, UAE.

In another YouTube video, Casimero seemed to have recovered and has already returned to his hotel along with his entourage.

However, Casimero only spoke a few words complaining that he still has stomach aches.

Many speculations came out after his withdrawal that Casimero was forced to withdraw because of being overweight.

His camp strongly denied the allegations and stood on their claims that he was medically sick.

In 2014, Casimero was stripped of his IBF lightflyweight crown after he appeared five pounds over the weight limit on the day of the official weigh-in for his title defense against Mauricio Fuentes of Colombia.

Casimero went on knocking out Fuentes easily in their fight held at the Waterfront Cebu City Hotel and Casino with the world title being vacated.

The 32-year-old Casimero is a three division world champion with a record of 31 wins, 4 defeats, and 21 knockouts.

John Riel Casimero out of title defense vs Paul Butler