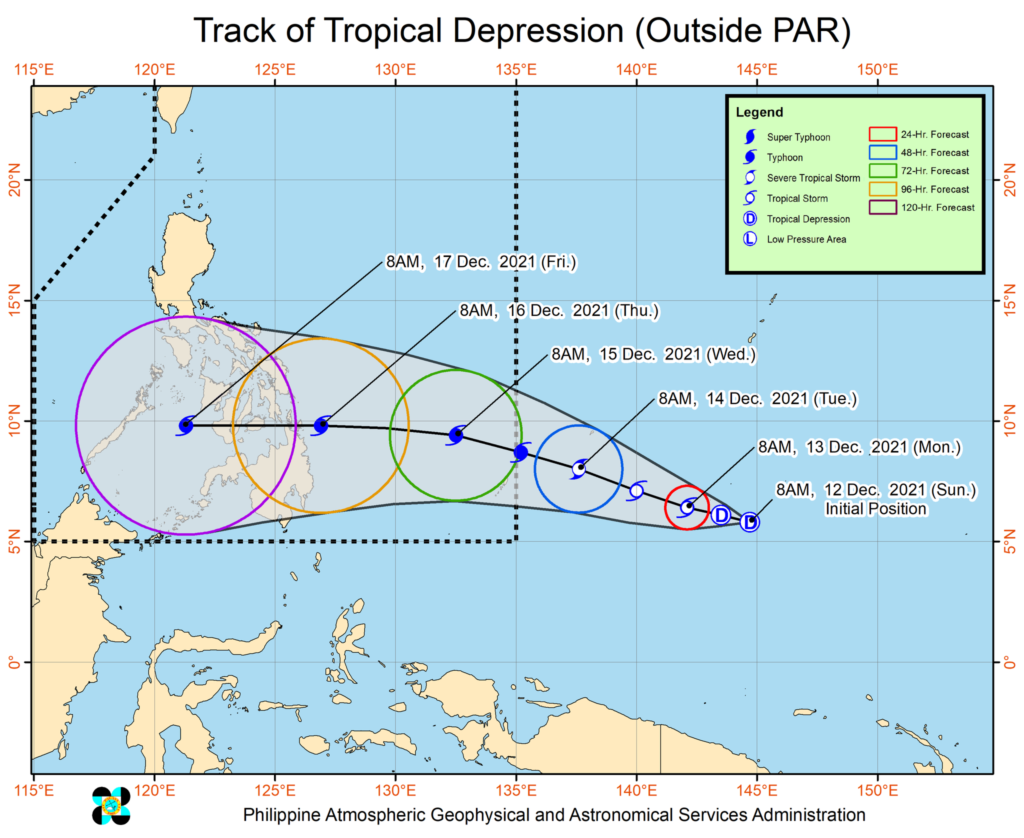 MANDAUE CITY, Cebu — It’s going to be a rainy week in Cebu as Tropical Depression Odette nears the Philippine Area of Responsibility (PAR).

In its 11 a.m. advisory on Sunday, December 12, the Philippine Atmospheric, Geophysical and Astronomical Services Administration (Pagasa) said Odette was located 2,095 kilometers east of Mindanao and was carrying maximum sustained winds of 45 km/h near the center and gustiness up to 55 km/h.

Odette is projected to enter PAR on Tuesday, December 14, and may reach typhoon category by Tuesday night or Wednesday morning.

Cebu and the rest of Central Visayas is projected to experience cloudy skies with moderate to heavy rains by then.

“Considering these developments, the public and disaster risk reduction and management offices concerned are advised to continue monitoring for updates related to this tropical cyclone,” it added. 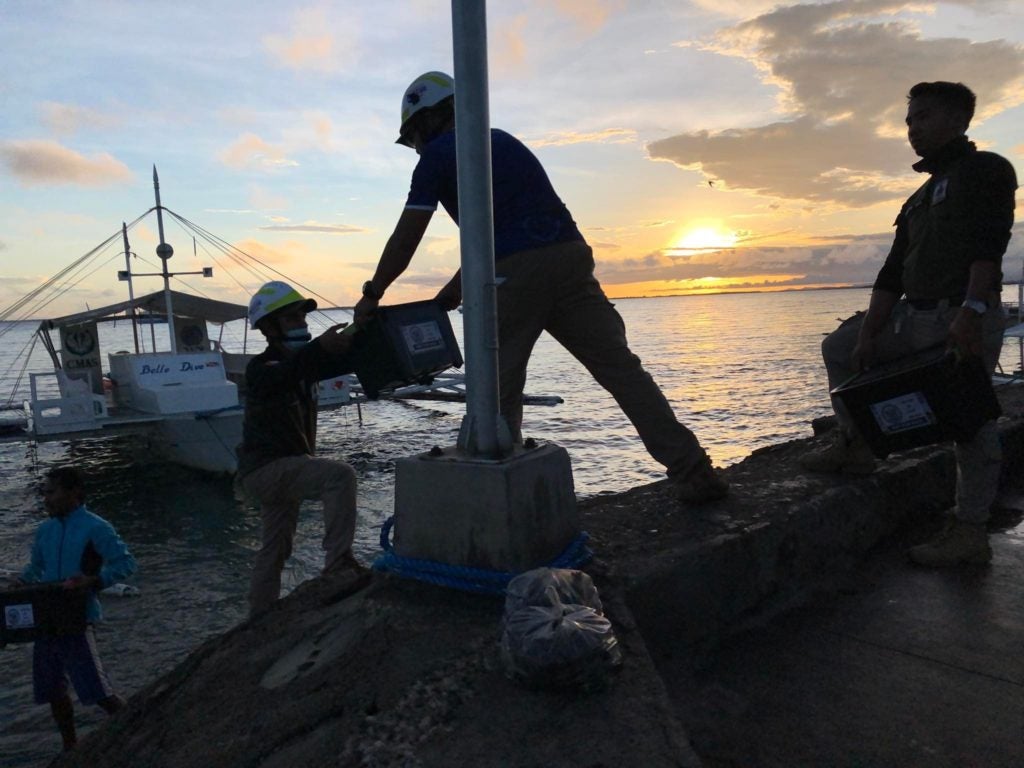 In Lapu-Lapu City, CDRRMO personnel started at dawn on Sunday the transfer of boxes of relief goods  to the island barangays of Caohagan, Caubian and Pangan-an.

(This is in preparation for the coming storm Odette that is expected to affect the Visayas this Wednesday and Thursday.)

(We also warn residents of the island and Olango Island to prepare and take precautions for the coming storm.) 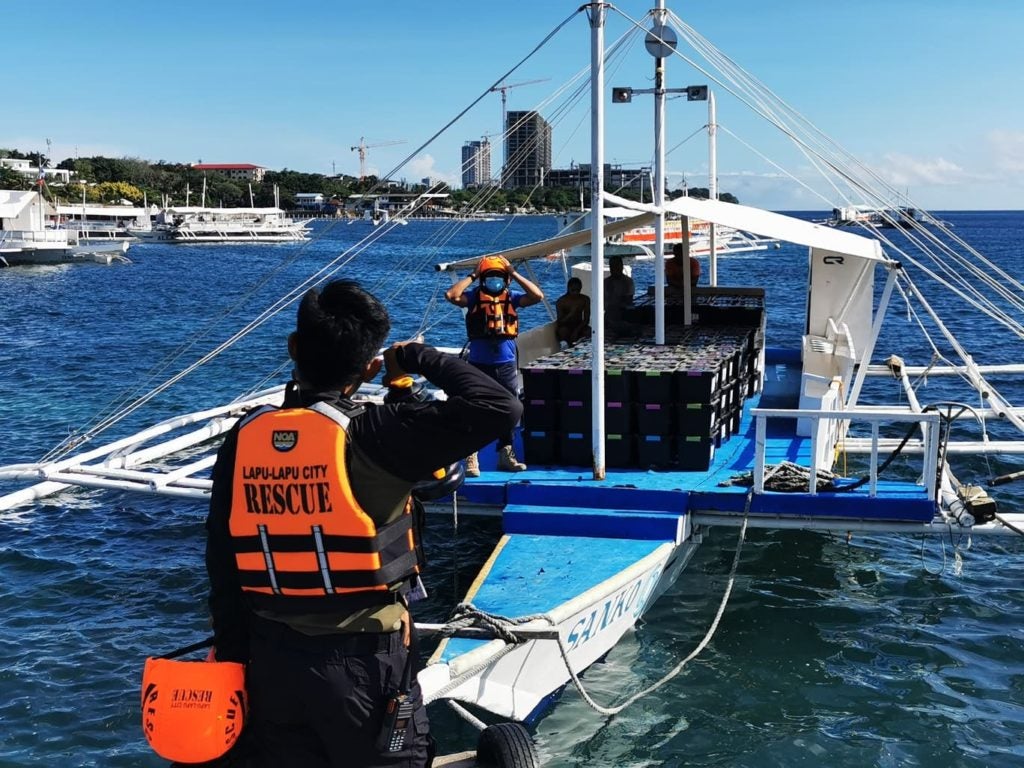 In Cebu City, the City Disaster Risk Reduction and Management Office (CDRRMO) already asked city residents to make the necessary preparations since “we are expected to have moderate to intense heavy rains accompanied with strong winds and possible wind waves/storm surge.”

Cebuanos are advised to have their emergency survival kits.

“Your city government is ready to respond to any emergency during the bagyo. The goal is ZERO CASUALTIES!”