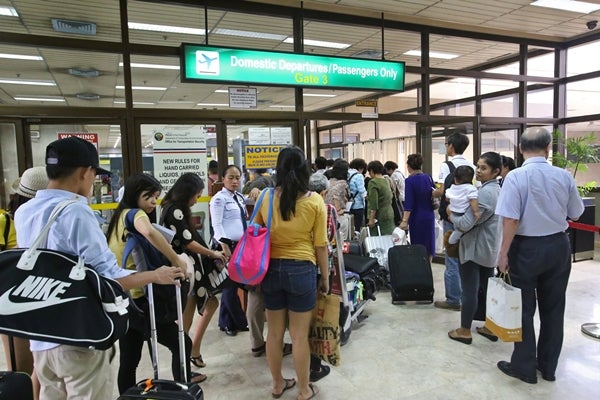 The Mactan-Cebu International Airport will be a beehive of activity today as the Indian-Filipino consortium that won the P17.52-billion rehabilitation and upgrading project will start moving into the passenger terminal in preparation for its full takeover of airport operations and management on November 1.

The office of MCIA general manager Paul Villarete, the first unit to move out, will be temporarily housed in the adjacent Waterfront Hotel. The GMR-Megawide transition team will take over the GM’s office which is located near the pre-departure area, according to a source in the MCIAA.

Villarete and his staff will stay in their temporary office for at least one year or until GMR-Megawide Cebu Airport Corp. completes a new office building for the MCIAA.

“GMR-Megawide will take over the operations and maintenance of the existing passenger terminal by Nov. 1. We were supposed to move out before Nov. 1, but they want to transfer today because the terminal building will undergo a facelift. But we haven’t finished packing up,” the source said.

While the private consortium handles aiport terminal operations, the MCIAA, an attached agency of the Department of Transportation and Communications, will retain control of airside operations.

The MCIAA board will remain the policy making body, said the source.

Asked about staff morale, the source said they were in high spirits and are looking forward to the development.

“Di na jud kapugngan. Walay mingaw-mingaw because his is for the good of the airport and Cebu,” the source added.

Over 100 employees of the MCIAA with terminal-based functions have been offered employment by GMR-Megawide.

“We’ve met with the employees and we’re very hopeful that many of them will join the organization,” GMR-Megawide Chief Executive Adviser Andrew Acquaah Harrison said in an earlier interview.
Construction of the new airport terminal complex will begin in the first quarter of 2015.

GMR-Megawide Cebu Airport Corp. said it will initially focus on improving the user experience when it takes over the terminal’s operations. The group also promised a marked improvement within six months.

In a briefing after the GMR-Megawide transition team inspected the terminal after winning the contract, the company said its immediate activities upon takeover will include renovating the restrooms, reducing queues, and improving seating.

The consortium offered a winning bid of P14.4 billion during the auction in November.

GMR-Megawide’s Harrison said the preliminary design stage will be completed 90 days after the concession agreement signing, after which it will proceed to detailed design.

“We have developed much larger airports and terminals. We know what needs to be done and in what order,” Harrison said.

Harrison said they will also work with the local government to ensure that road capacity connecting to the airport grows in parallel with demand.

GMR-Megawide president Manuel Louie B. Ferrer said the goal is to make Cebu an international hub “not only to promote the island, boost local business and draw in investors but also become an invaluable support to the country.”

“We at GMR-Megawide… cannot do it on our own. We need the support of all stakeholders,” he said.

The project aims to rehabilitate the existing passenger terminal and build a second to bring the annual capacity to 28 million passengers at the end of the concession period, he said.