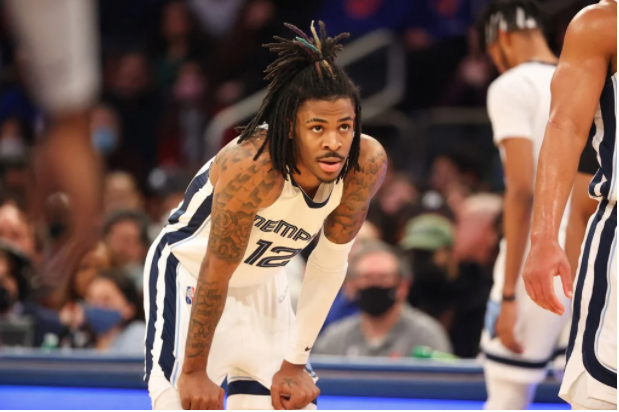 Ja Morant #12 of the Memphis Grizzlies during the first quarter against the New York Knicks on February 2, 2022 at Madison Square Garden in New York City. Rich Graessle/Getty Images/AFP

Ja Morant is a newbie to the NBA All-Star Game, but most observers forecast there will be many more appearances to come.

The Memphis Grizzlies star is one of seven players making their All-Star debuts when Team Durant battles Team LeBron on Sunday night at Cleveland.

Morant’s stellar play is why the Grizzlies own the third-best record (41-19) in the NBA at the break.

The 22-year-old Morant, who will start for Team Durant, ranks seventh in the league with a 26.8 scoring average and seemingly produces a highlight-reel play in every contest.

“If you’re going to talk about the most entertaining players in the NBA and those at the top of the list, I think Ja has to be up there with a small group,” Memphis coach Taylor Jenkins told reporters. “There is a lot of entertainment in this league and obviously the All-Star Game is the ultimate highlight for that, and I think Ja will fit in perfectly.”

VanVleet, who once starred at Wichita State, is the first undrafted player to earn an All-Star spot since four-time All-Star Ben Wallace in 2006 and the fifth overall. The others are Connie Hawkins (four times), Brad Miller (twice) and John Starks (once).

“Obviously you guys know how I feel about myself, and the will and the confidence that I’ve had to have over the course of my life and my career,” VanVleet, a reserve on Team LeBron, told reporters. “But to be recognized like that is a special moment.” 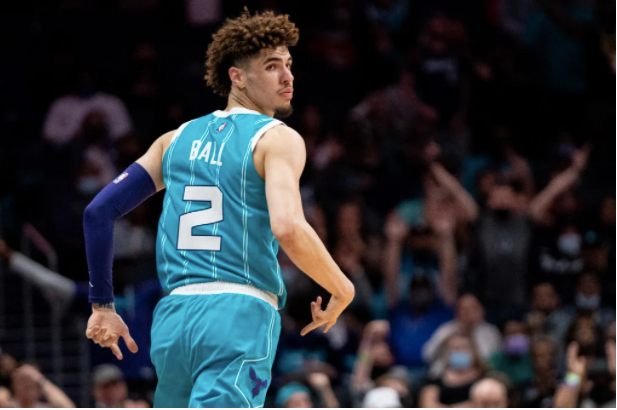 LaMelo Ball #2 of the Charlotte Hornets reacts after making a shot against the Portland Trail Blazers during the fourth quarter during their game at Spectrum Center on October 31, 2021 in Charlotte, North Carolina. Jacob Kupferman/Getty Images/AFP

“I’m pretty much blessed, excited,” Ball said, according to the Charlotte Observer. “The season is still going on, the game is going on. I’m just worried about the game.”

On the other side of the spectrum is the 37-year-old James, who is playing in his 18th All-Star Game to match Bryant and move one shy of the record held by Hall of Famer Kareem Abdul-Jabbar. James made 10 of his appearances during his two stints with the Cavaliers.

Joining James in the starting lineup for Team LeBron is Giannis Antetokounmpo of the Milwaukee Bucks, reigning league MVP Nikola Jokic of the Denver Nuggets, DeMar DeRozan of the Chicago Bulls and Stephen Curry of the Golden State Warriors.

Antetokounmpo was the MVP of last season’s All-Star Game when he went 16 of 16 from the field and scored 35 points in Team LeBron’s 170-150 victory over Team Durant.

The starters for Team Durant are Wiggins, Morant, Trae Young of the Atlanta Hawks, Joel Embiid of the Philadelphia 76ers and Jayson Tatum of the Boston Celtics.

In addition to Durant, Draymond Green (back) of the Golden State Warriors and James Harden (hamstring) of the Philadelphia 76ers pulled out of the game due to injuries.

Monty Williams of the Phoenix Suns will coach Team LeBron while Erik Spoelstra of the Miami Heat will lead Team Durant.

The contest will be decided by a target score for the third straight season. The game will be over once a team reaches the target score, which will be 24 points more than what the leading team has after three quarters. The 24 was picked to honor Bryant, who wore the number for the final 10 seasons of his NBA career.