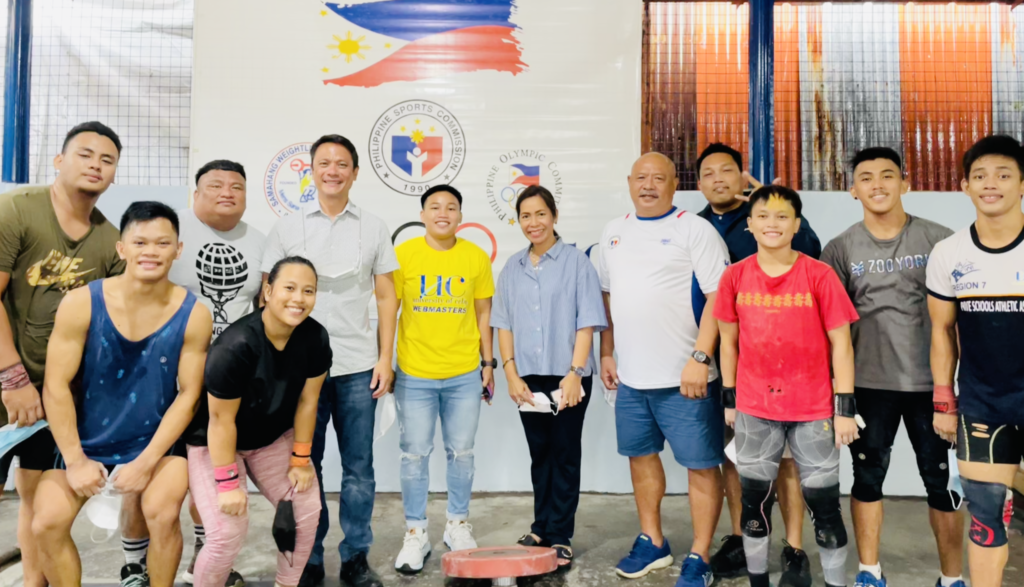 That is the common goal of both University of Cebu (UC) Chairman and Founder Augusto W. Go and newly appointed Cebu City Sports Commission Chairman John Pages as they vow to help Cebuano weightlifters prepare for the 2024 Paris Olympics.

Ando who is a student-athlete of UC and her trainers, Gary Hortelano, Ramon Solis, and Christopher Bureros took part in CCSC’s grassroots development program in training young athletes. It is also where Ando was discovered.

With that in mind, the CCSC according to Pages will be supporting the upcoming Samahang Weightlifting ng Pilipinas (SWP) National Qualifying Tournament for the Southeast Asian Games on March 8 in Cebu City.

It will be held at the back of the Cebu Coliseum in downtown Cebu City, where the SWP’s Visayas headquarters is also located.

“It was an honor to pay a courtesy call to Atty. Gus Go. Apart from Elreen Ando, our Olympian, he has helped countless athletes in the past decades. We are looking forward to his assistance with Ando and our other Cebu City athletes,” said Pages.

“I am excited with the Samahang Weightlifting ng Pilipinas (SWP) qualifying event for the SEA Games this March 8. It will be my first time to see Ando and our other weightlifters competing and I hope Cebu City can send a big delegation to the SEA Games this May in Vietnam.” Some of the country’s best weightlifters will converge at the SWP Visayas headquarters to vie in the qualifying meet with the hopes of making it to the Philippine delegation to the 31st SEA Games in Hanoi, Vietnam in May.

“We are proud of Ando and look forward to her winning gold at the SEAG and to also be able to compete at the Asian Games this September in Hangzhou, China. After that, the big prize is the 2024 Paris Olympics,” said Pages.