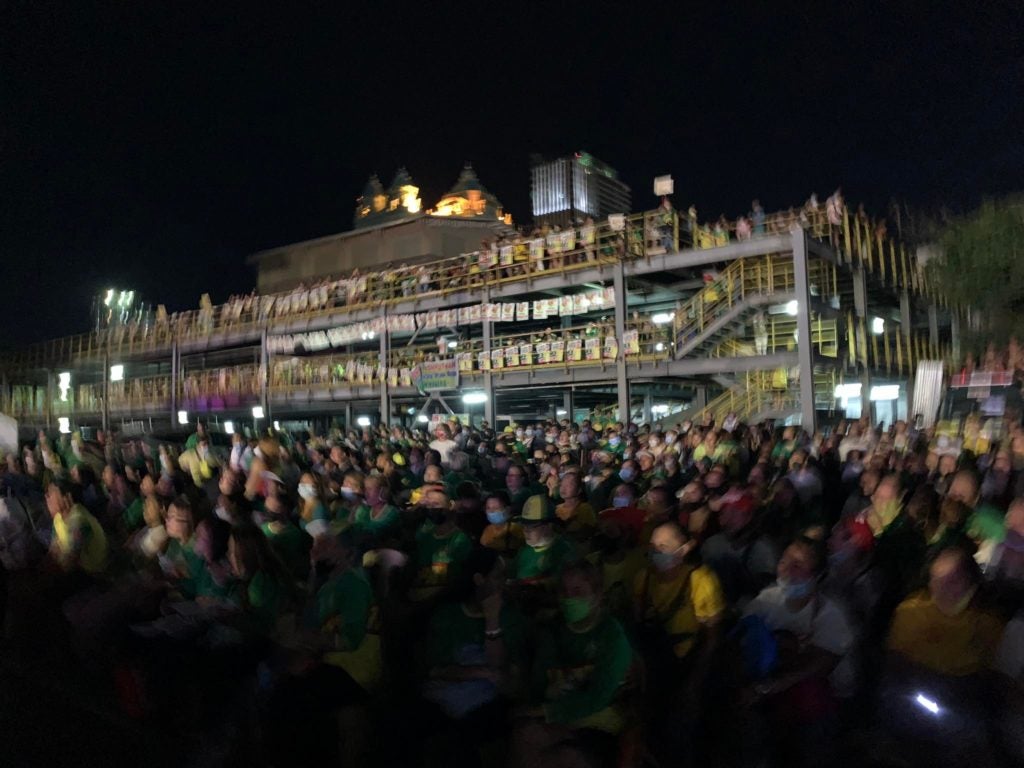 The party held not only one but two grand rallies in the city’s North and South Districts as well as six smaller sorties in different barangays.

Mayor Michael Rama, the party’s standard-bearer, said the party has made it a tradition to hold two grand rallies so people can see their candidates closer.

“Actually in our proclamation rally, this is it. We have been doing that before. That would bring people proximity-wise,” said the mayor.

In Barangay Tisa Hall, the people jampacked nearly a kilometer stretch of the road, carrying banners, balloons of red, yellow, and green, and posters of their supported candidates.

Because of the constraints of the road, the public no longer followed social distancing, but everyone was required to wear masks.

People of all ages including children were allowed in the events.

The grand rally at Barangay Lahug was larger than in Tisa as the venue was the parking lot of the Grand Convention Center.

The police are yet to give an estimate of the crowd but the entire ground was filled with people including the multi-story parking building.

Social distancing was practiced at Lahug because of the massive space of the venue giving the supporters more room to move around, dance, and rally.

The sorties in Barangay Tinago, Talamban, and Cogon Ramos were also packed with people.

While Partido Barug considered their grand rally a success, many motorists complained of the massive traffic the multiple sorties caused.

Netizens complained that the traffic has caused major inconveniences to the public.

The traffic line in the South stretched from F. Llamas Street to Banawa to Borromeo Street.

In the North, traffic was heavy along Archbishop Reyes Avenue to Talamban.

Mayor Rama said in an interview that people should get used to these traffic jams because of the campaign period.

Every now and then, the city will play host to campaign rallies and similar activities until the May 9 elections.

“We are now in the campaign period, traffic is always a fight. As long as the city is aware about it and we present a plan,” he said.

He said that as the election draws near, Partido Barug will hold more campaigns over the next few weeks.      /rcg

Still mum on endorsement, but Duterte to join PDP-Laban rally in Cebu

Read Next
Vice Ganda is thankful on his 46th birthday: ‘Aarte pa ba!’