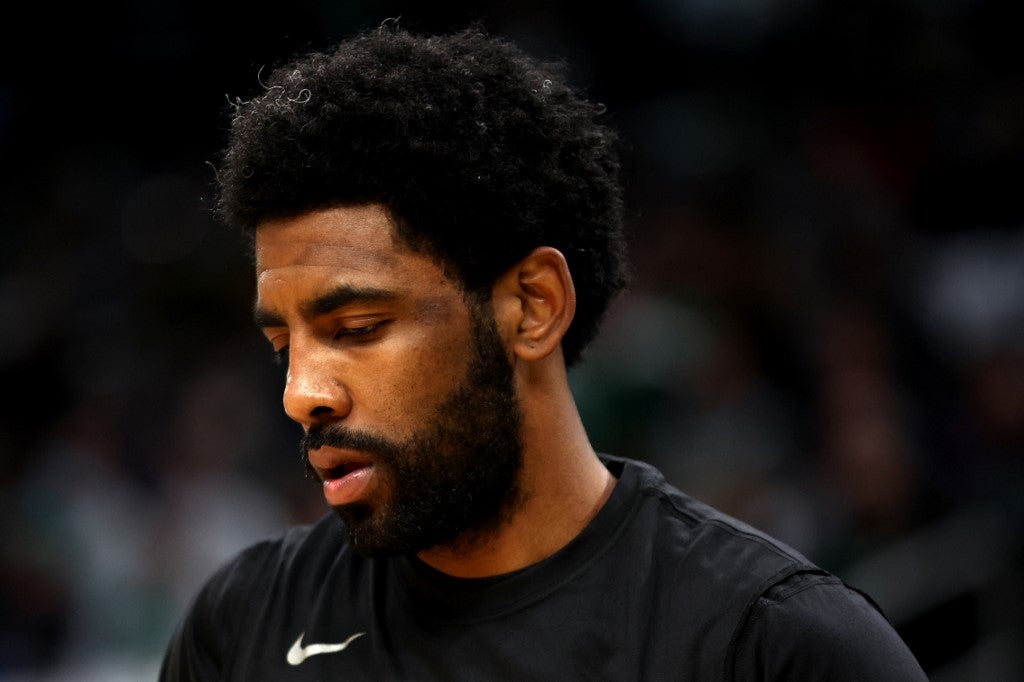 Kyrie Irving #11 of the Brooklyn Nets looks on before Round 1 Game 1 of the 2022 NBA Eastern Conference Playoffs at TD Garden on April 17, 2022 in Boston, Massachusetts. Maddie Meyer/Getty Images/AFP

Brooklyn Nets guard Kyrie Irving was fined $50,000 by the NBA on Tuesday for making obscene gestures while on the court and directing profane language toward the stands.

Irving showed his displeasure during the Nets’ 115-114 road loss to the Boston Celtics on Sunday in Game 1 of the teams’ Eastern Conference first-round series.

The 30-year-old flashed the middle finger at a group of fans at TD Garden on one occasion and unleashed a subtle double-finger salute behind his head on another. He also offered a profane response to another fan while heading into the locker room at halftime.

Irving played two seasons in Boston before joining Brooklyn prior to the 2019-20 season. On Sunday, he was jeered during pre-game introductions and was booed whenever he touched the ball.

“The same energy they have for me, I’m gonna have the same energy for them. It’s not every fan,” Irving said. “There’s only but so much you can take as a competitor.”

The Nets will look to even their best-of-seven series on Tuesday when they play Game 2 in Boston.