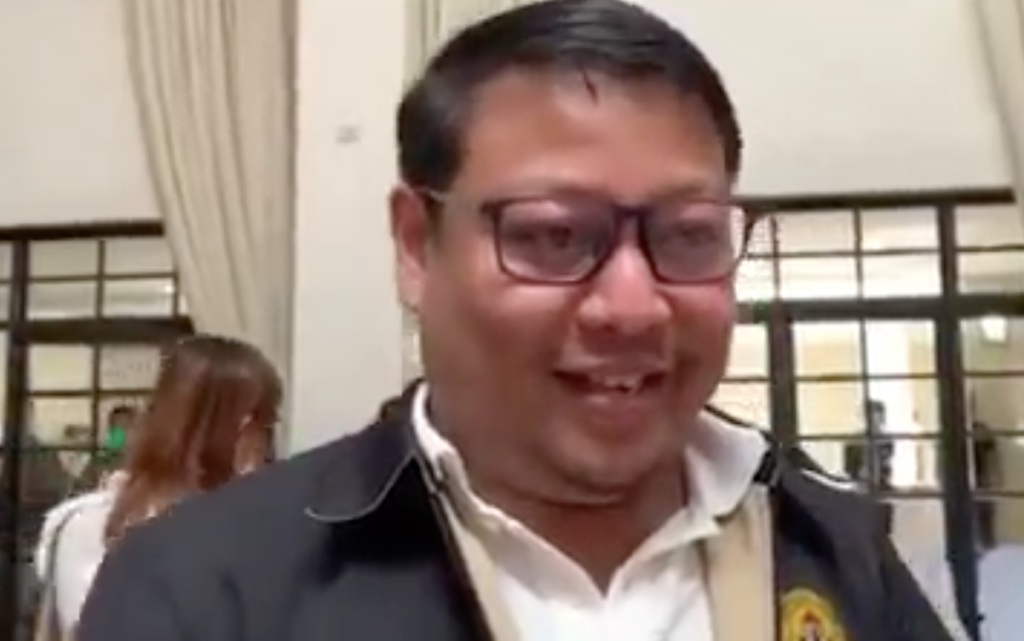 This he confirmed on April 27, 2022, on the day of the councilor’s internment.

Once the substitution is approved, all votes made under Alcoseba’s name will go to his son.

Ramonito said they will be holding a formal announcement once the Certificate of Nomination (CONA) is approved by the Commission on Elections (Comelec).

The campaign will not be difficult since Ramonito has been campaigning on his father’s behalf since March and people would have remembered him by now.

As for replacing his father on the current council, Ramonito said they have not talked about the plans yet with the party.

Meanwhile, Cebu City officials including Mayor Michael Rama, Vice Mayor Donaldo Hontiveros, and the members of the City Council paid their last respects to Alcoseba in a necrological service.

The cremated remains of the beloved basketball coach and legislator were brought one last time to his office and Social Hall to allow City Hall employees to pay their respects.

Rama said in his eulogy that Alcoseba was a dear friend from his youth as they played basketball in the Rama compound.

The mayor said that their friendship was beyond politics as though they are from opposing political parties, they remained amicable.

Vice Mayor Hontiveros said that as a basketball player, he always looked up to Coach Yayoy who made the sport legendary in Cebu.

Councilor Joy Young, a party mate and fellow councilor of Alcoseba, said that Alcoseba cared for Cebu City and worked for the improvement of the lives of the residents.

Alcoseba has authored 33 ordinances including the provision of free uniforms and school supplies to public school students in Cebu City.       /rcg

Cebu City under state of mourning for Yayoy Alcoseba