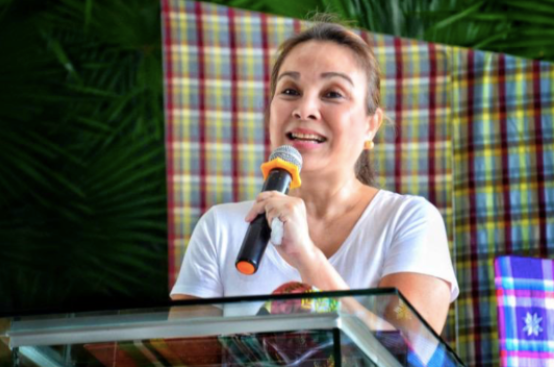 Former senator and incumbent House Deputy Speaker Loren Legarda is on top of the heap of 64-senatorial candidates again based on the results of another senatorial poll survey released recently.

The non-commissioned Pulso ng Pilipino survey conducted on April 4 to 15 showed Legarda as the top choice among the 2,440 respondents polled from the National Capital Region, Luzon, Visayas and Mindanao Regions.

Recent poll surveys conducted by various organizations had Legarda’s name either lodged at No. 1 or No. 2, indicating that the lawmaker’s 2022 senatorial bid might put her again at her usual top spot in past Senate races she joined in.

Despite peaking at the right time before election day, Legarda said that while the survey results boosted her confidence, it will also serve to inspire her and her campaign staff to campaign harder.

“We want to reach more Filipinos as we can to present to them a legislative platform that is committed toward recovery and progress amidst the adverse effects of the COVID-19 pandemic,” she said.

In a statement,  Issues and Advocacy Center (The Center) said:

“The Pulso ng Pilipino survey covered registered voters in all socio-economic classes ABC, D and E that were selected at random with ages ranging from 18 to 65 years old.”

Next is former Secretary Mark Villar with 47 percent. He is followed by 6th placer broadcast personality Raffy Tulfo at 47 percent.

The 9th and 10 spots are shared by actor Robin Padilla and re-electionist Sen. Joel Villanueva with 38 percent apiece.

The Pulso poll surveys saw former Defense Secretary Gilberto “Gibo” Teodoro breaking into the Magic 12. He is tied in the 11th and 12th position with Sen. Risa Hontiveros, another re-electionist with 35 percent voting preference each.