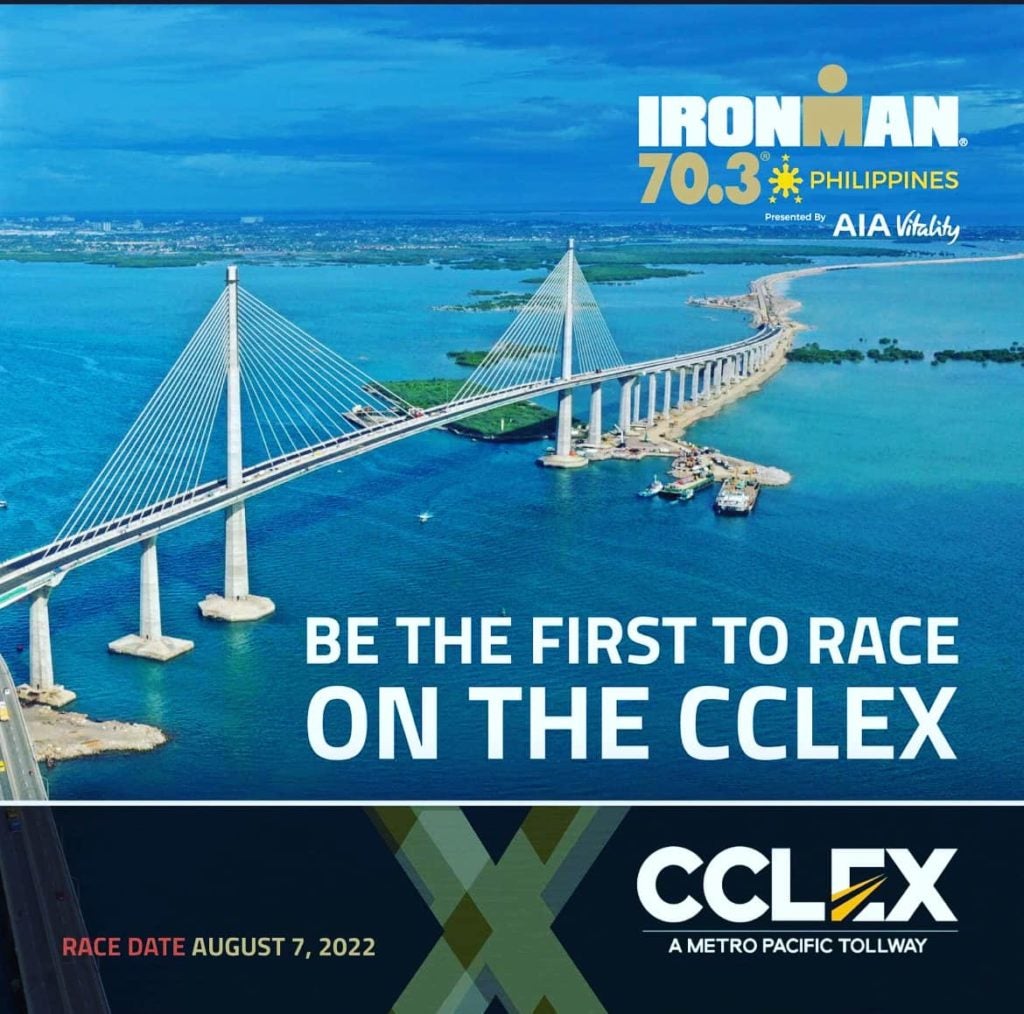 THE CCLEX EXPERIENCE. Triathletes competing in the Regent Aguila Ironman 70.3 Philippines on August 7 will surely have plenty of memories to bring with them when they return to their respective homes. And one of those will be crossing the iconic CCLEX which will be included in the event’s 70-kilometer bike route.  / contributed

CEBU CITY, Philippines — Triathletes from around the country and abroad have something big to look forward to on August 7, 2022, as the biggest and grandest triathlon race in Asia, the Regent Aguila Ironman 70.3 Philippines, officially returns with a new and exciting racecourse.

On Thursday, May 19, 2022, IRONMAN Philippines, headed by its ambassador and Sunrise Events Inc. founder Wilfred Steven Uytengsu forged a partnership with the Cebu-Cordova Link Expressway Corporation (CCLEC) in Cebu.

The partnership would allow IRONMAN Philippines to use the newly-opened CCLEX, the longest bridge in the Philippines, in the event’s bike race.

The CCLEX officially opened to motorists last April 30, 2022, with President Rodrigo Duterte as a special guest.

If this plan pushes through, competitors will earn more than just bragging rights for competing in the first triathlon race post-pandemic, but also for a historic moment of crossing the iconic megastructure.

The CCLEX is the third bridge that connects mainland Cebu and Mactan Island. It is managed by the Cebu–Cordova Link Expressway Corporation (CCLEX), a subsidiary of Metro Pacific Tollways Corporation (MPTC).

In addition, Representative Cindi King Chan was also present to represent Lapu-Lapu City which serves as the official venue of the major international triathlon race.

The race’s official starting and finish areas will likely remain at the plush Shangri-La’s Mactan Resort and Spa.

Since 2012, the Ironman 70.3 Philippines has been hosted by Cebu and has attracted more than a thousand, world-ranked triathletes from all over the world.

For the August 7 race, organizers expect 1,500 triathletes to compete.

CDN Digital tried to reach out to Galura, but the latter declined to be interviewed about the event.

CCLEX is now open to the public