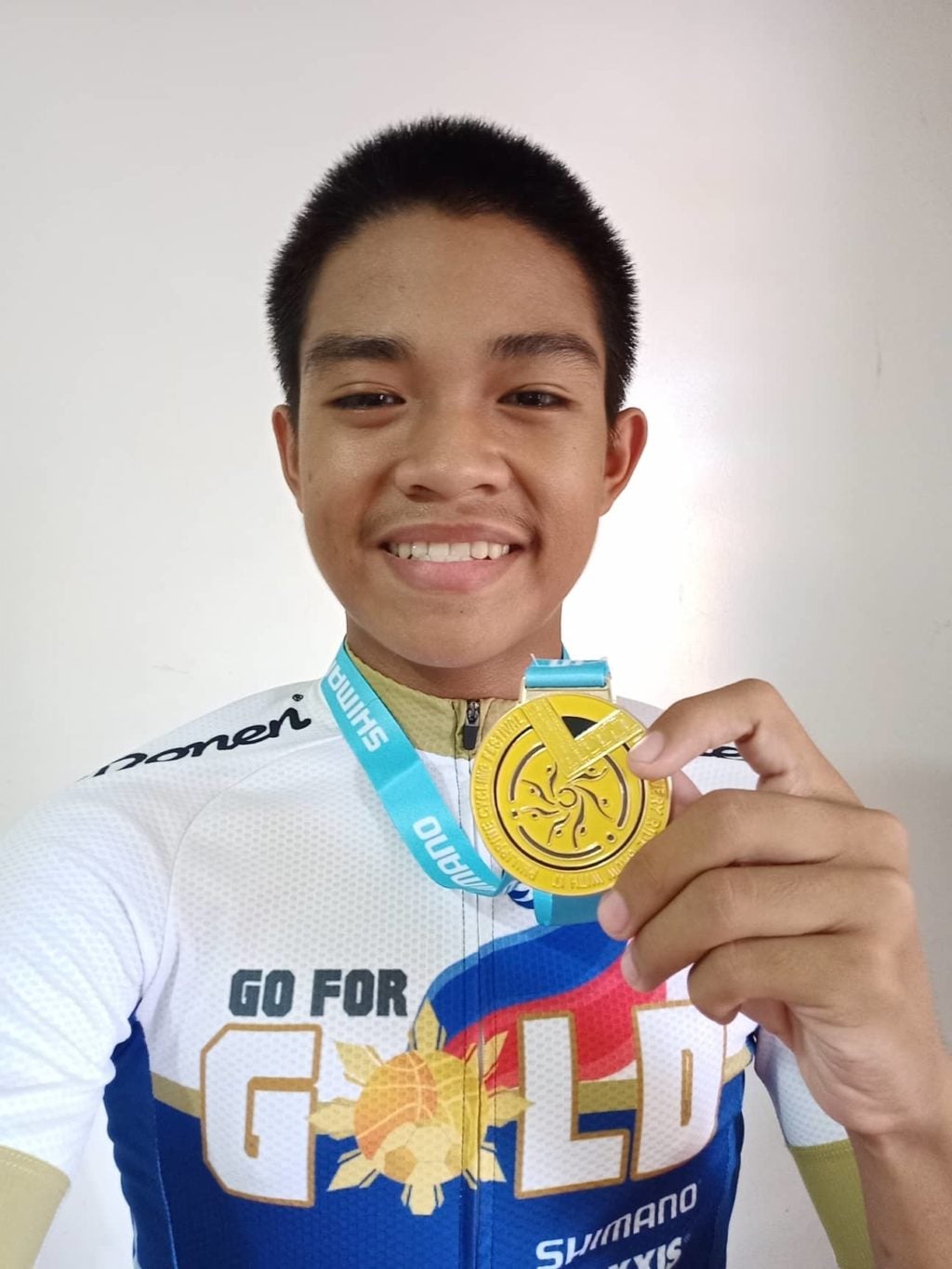 This as Santos, who will turn 16 on Wednesday, June 8, ruled the 14-16 youth category of the major cycling event.

Interestingly, Santos didn’t plan to compete until the last minute of the registration.

Santos told CDN Digital that he decided to compete in the race during the extended period of registration.

He was having second thoughts because he thought he lacked the preparation needed for the major race. He was also recovering from a collar bone injury he sustained in January.

(It was a last-minute decision to register because registration was actually closed already but they suddenly announced that registration was extended. So I registered in a hurry even if I had little time to train. It was as if someone kept telling me to join because I might actually win.)

And win he did.

Santos, who represents JM Cycle, finished first among 15 other competitors in his category. He raced in a 1.47-mile Criterium Race, which consists of 10 laps at the Clark Parade Grounds.

He bested Aron Razalan and Mark Kairos Amban, who settled for second and third places, respectively.

With his victory, Santos was selected by the coveted Go For Gold Philippines’ developmental training program, where he can become the country’s future top-tier cyclist who will be made to represent the Philippines in major cycling events, including the Southeast Asian Games.

(I really didn’t expect to win, considering that other cyclists trained hard for this. My family and I just helped each other in making sure I’d be able to go to Pampanga because I really had a feeling that something good was going to happen if I raced there.)

Santos said his next target is the PhilCycling National Championships for Road from June 21 to 24 in Tagaytay City.

The Cebuano has surely gone a long way since starting as a ‘pandemic rider.’

Santos revealed that he started cycling late in 2019 as a leisure biker. But his fondness of the sport grew bigger in the middle of 2020 when the Covid-19 trend was at its all-time high.

He realized that time that his long rides and climb to the Transcentral Highway in Barangay Busay should be invested into something. This is why he decided to join pocket races in Cebu.

(Basketball was my first sport but I got frustrated in the long run, one is because of the lack of height. So I started biking because I enjoyed watching my friends who used fixed-gear bikes until such time that I bought a bike too. That’s when I started to compete.)

Now, Santos is as promising as ever, especially as he dons the coveted Go for Gold jersey worn by some of the country’s elite athletes including some Cebuanos such as Jonel Carcueva and Andrew Kim Remolino.