CLOSE
Faces of Cebu On Wheels 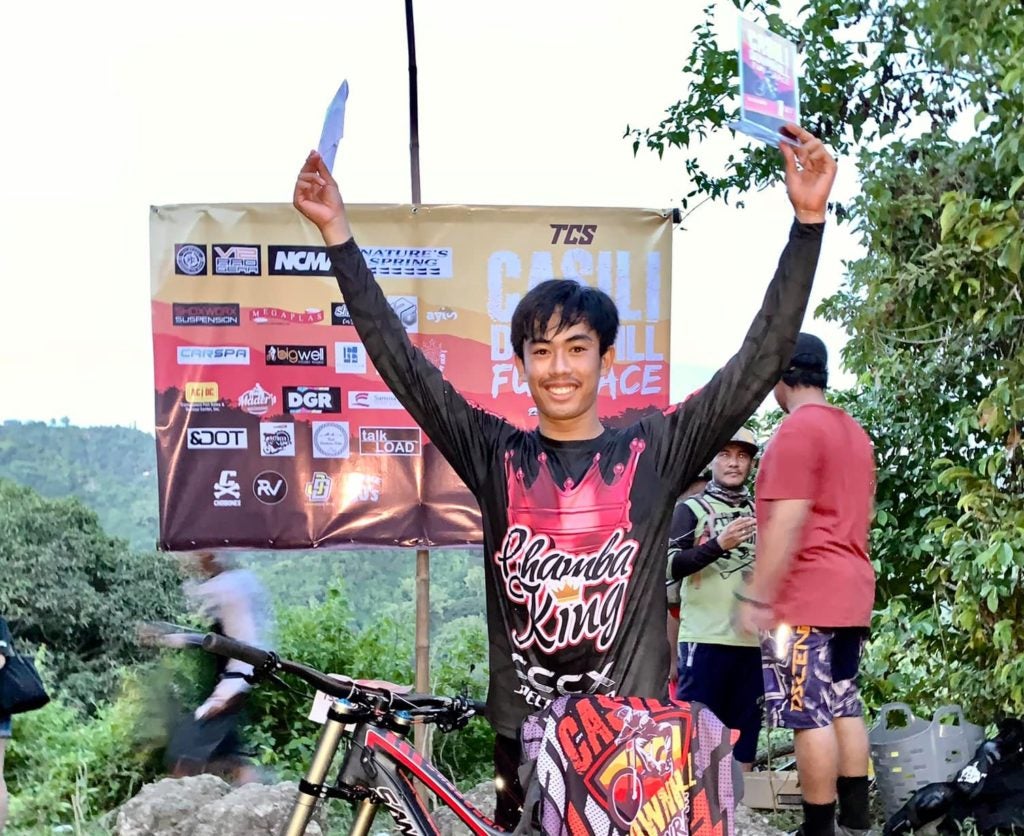 Also known as the “Chamba Prince,” Sanchez has indeed come a very long way from his humble beginning as a “pandemic biker.”

Still, Sanchez, who represents the vaunted Keith DeFiebre Cycling Team p/b Lún Wheels, told CDN Digital that he is still technically a newbie in the competitive sport of cycling as he began his career just in November 2020.

(I am still new with mountain bike. I started during the pandemic, unlike what many believe that I have been in this sport for a long time now.)

Sanchez said he started saddling up on a mountain bike in 2020, using the bike as a mode of transportation and for leisure activity during the time when PUV and taxi cabs were prohibited to ply the streets due to the Covid-19 pandemic.

It was in November 2020 when Sanchez competed in a local mountain bike race in Lapu-Lapu City that he won his first title.

(The first race I joined wherein I had no experience and practice was a local race in Lapu-Lapu City in November 2020, which I won first place.)

So if he’s technically a newbie, how did he pull off this feat of winning titles like he was an experienced biker?

It might be because riding is really in his blood as his father, Dongkey Sanchez, is not only an accomplished MTB rider, but also a known motocross rider.

The elder Sanchez is actually who everybody loves to call the “Chamba King.”

According to Khalil, he got his cycling skills from his experience as a former motocross rider too.

His uncle, Nelson Sicad, who is also a competitive motocross rider, influenced him when he was nine years old to try riding a dirt bike.

From then on, Sanchez started to hone his skills, which helped him become an elite mountain bike rider today.

(My uncle and my dad were the ones who influenced me. We are really fond of extreme sports that’s why it was easy for me to learn.)

Still, Khalil considers himself a late bloomer in the sport.

(I’m really a late bloomer in this sport of motocross. I started with a BMX bike, then started riding the motorcycle when I was nine or ten. I competed when I was 12. Until the pandemic came, that’s when I started with the mountain bike.)

Fast forward to 2022, Sanchez has already won around a hundred mountain bike races in and outside Cebu since his start in November 2020.

In 2021 to April, Sanchez tallied an incredible 44 first place finishes, which rarely happens for a self-confessed beginner in a highly competitive sport.

(My dad always competes too, we race together, He was called the “Chamba King” and that’s when they started calling me the “Chamba Prince.” I didn’t expect that I’d be known by that name because at first it was just like a joke but that’s what they call me now after winning in races.)

Khalil’s most recent first place finish was in April 3, 2022, when he topped the junior men’s 17-18 years old category of the race of the Stage 2 of the Race Against Drugs and Bike to Stay Healthy Against Covid in Danao City.

Despite his popularity in local races, Sanchez can’t help but feel the pressure since most people expect him to win.

(We really don’t know what will happen in a race and a lot expect that I will win. But I really try my best every race because all my competitors are also trying their best so there’s always pressure.)

Sanchez’s dream is simple: To earn money to help his family and earn for himself.

Compared to other athletes, he doesn’t dream big of becoming part of the national team because he believes that he has a lot of work and improvement to do before he can say to himself that he’s ready to compete for the country.

(I really am not after being famous. Mine is just to earn to help my family and buy things that I need.)

But for now, Khalil says he’s just enjoying his time giving everyone a run for their money.

On the right track: Promising cyclist Khalil Sanchez piles up titles amid pandemic