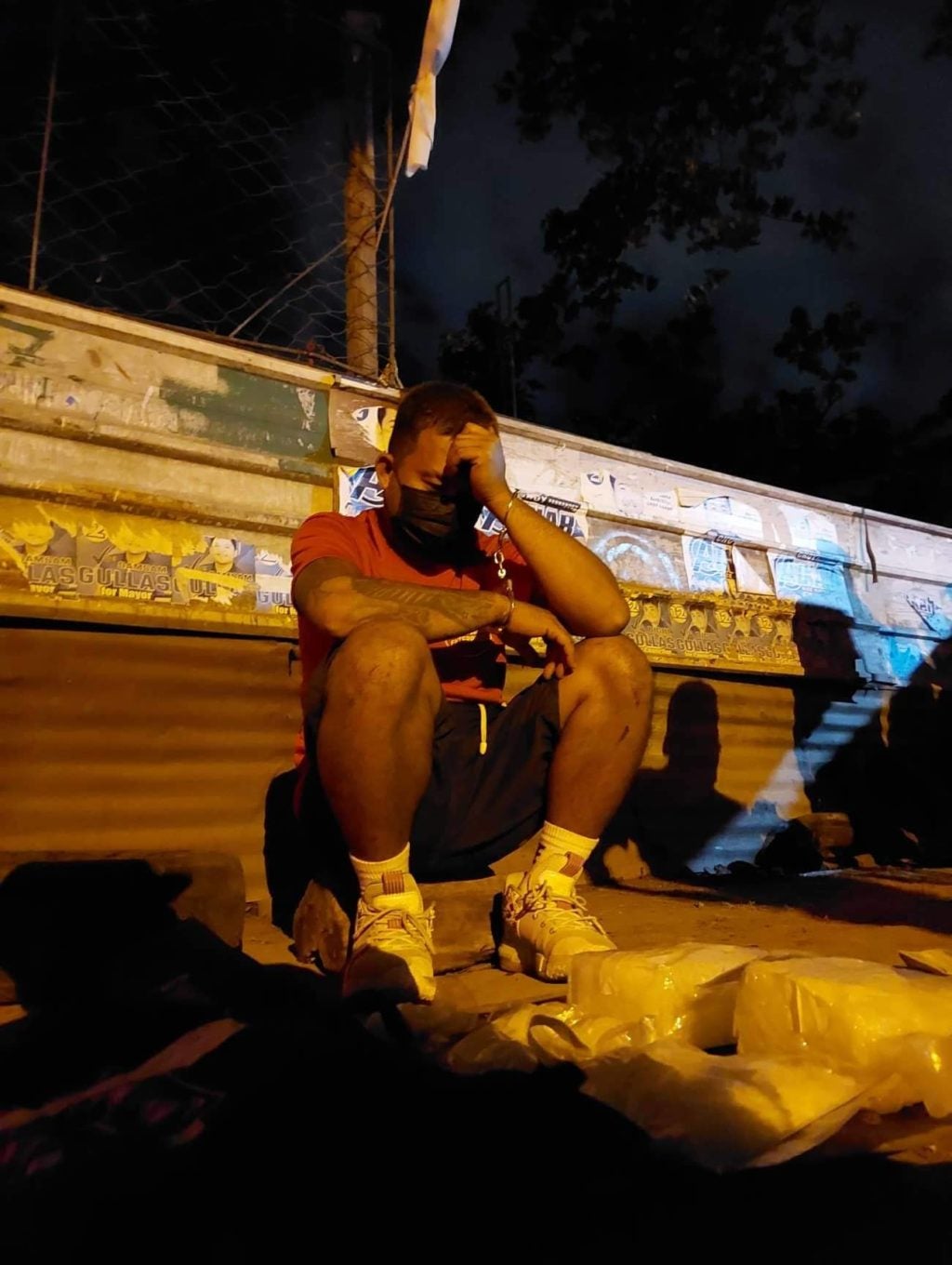 A 34-year-old Manila resident was arrested with P20.4 million worth of suspected shabu during a buy-bust operation in Talisay City, Saturday night, June 18. | Photo from Talisay Police Station

According to the police, he works for a Manila-based drug lord, who is now serving his jail time.

But the Sta. Ana resident was no longer able to leave Cebu after he was arrested Saturday night, June 18, in a buy-bust operation in Talisay City.

Rongasan is now detained while police prepare a complaint for the violation of the Comprehensive Dangerous Drugs Act of 2002 against him.

(He would come to Cebu.  He stays in a hotel here.  He also has a place to stay in Cebu City but most of the time, he would stay in Manila.)

Caballes said they heard of Rongasan’s name from drug suspects whom they arrested earlier.

According to police sources, the suspect, who is considered as a high-value individual, is able to dispose of a kilo of shabu per week to buyers in the cities of Cebu, Mandaue, and Lapu-Lapu.

Rongasan, Caballes said, would also deliver shabu to buyers in other parts of Luzon and the Visayas.

Transactions, he said, are made through his employer, the detained drug lord.

(They have an existing network.  They have people on the ground which makes distribution very easy.)

During the buy-bust operation on Saturday, Caballes said, they sent a poseur buyer to purchase 100 grams of shabu from the suspect.

But the police recovered a total of three kilos of suspected shabu from his possession during his arrest. 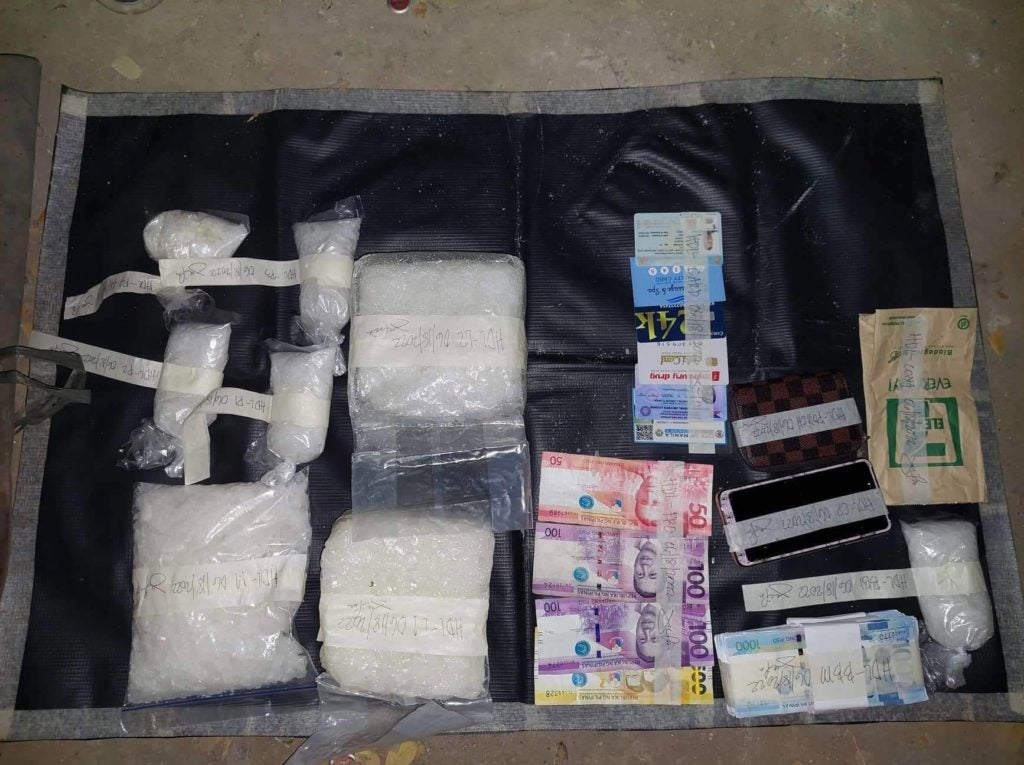 Three kilos worth at least P20.4 million were seized during a buy-bust operation in Talisay City. | Photo from Talisay City Police Station

Caballes said the ‘shabu’ was for disposal to buyers in Cebu’s tri-cities.

It took Talisay City police at least two weeks to finally plan the Saturday night buy-bust operation because Rongasan was very careful with his transactions, he said.

Based on previous arrests that they’ve made, they learned that most of the ‘shabu’ that are now circulated in their city come from sources in Luzon.

Caballes said peddlers seem to be taking advantage of eased travel restrictions in order to recover the losses that they may have incurred when lockdowns and COVID-19 restrictions were still imposed.

(It is a factor considering that consumption and distribution were minimized for a few years.  The demand [for shabu] increased now that restrictions have started to loosen up.)

To date, they have not monitored the presence of a big-time drug personality within their area of responsibility. And they wanted to keep it this way.

Caballes said they are now focused on implementing preventive measures which include the monitoring and arresting of suspected drug personalities.

(We have not arrested any big-time drug lords who come from Talisay.  Most of the arrests that we’ve made were of people coming from other areas. We have not monitored any Talisay-based drug lord.)