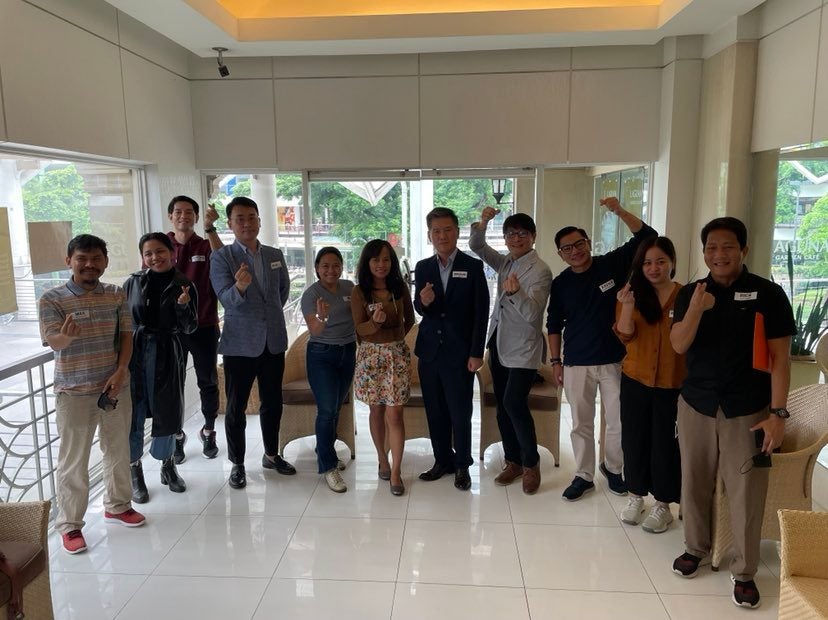 Members of the Consulate of the Republic of Korea in Cebu led by Consul General Song Sewon, Third Secretary and Vice Consul Heo Jin, and Chief Consular Officer Joseph Shin pose with members of the Cebu media during the launch of the World K-Pop Festival Cebu Preliminary at The Terraces in Ayala Center Cebu.   /contributed photo

CEBU CITY, Philippines — K-Pop fans will have a loaded Saturday with the return of the physical Korean Pop Festival Cebu Preliminary starting at 3 pm at The Terraces of Ayala Center Cebu, here.

Mounted by the Korean Consulate in Cebu and the Cebu Korean Association, the July 2 event is expected to gather the most promising local K-Pop groups as they fight for the right to represent the country at the K-Pop World Festival in South Korea.

Consul General Song Sewon said the Cebu event is also a good opportunity to introduce Korean culture to Cebuanos, and foster camaraderie between the two countries, especially now that leisure travel has reopened.

For the past two years, the Cebu preliminary was held online due to the health pandemic. This Saturday’s event at The Ayala Terraces will mark the competition’s physical comeback.

In the Cebu preliminary, the video performance of the top 3 winners will be sent to organizers of the final selection in Korea who will then select which group will be flown there for the grand finals – all expenses paid.

The K-Pop World Festival started in 2017 with no Filipino group emerging as champion.

It is held as a way to introduce Korean pop culture to the different parts of the world. The grand finals in Korea will be covered by Korean Broadcasting System (KBS) and televised worldwide via KBS World.

With the growing enthusiasm for K-Pop culture from Cebuanos and the rest of the Visayas region, contest organizers are optimistic that this Saturday’s event will bring in an even bigger crowd and produce the first Cebuano team that will make it all the way to the grand selection in Korea. /rcg with PR