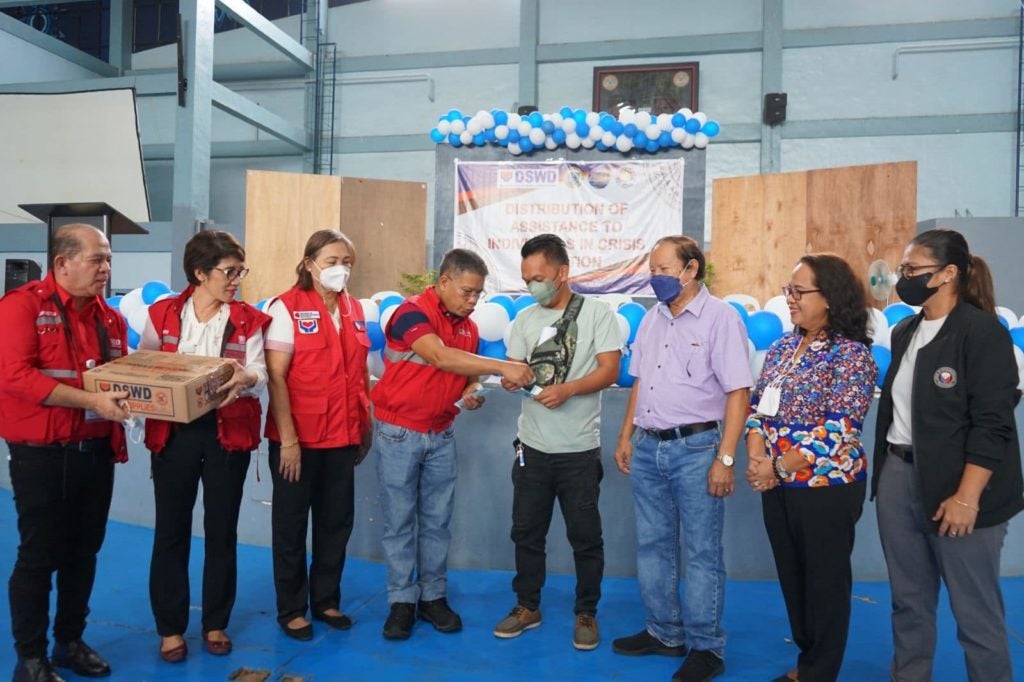 LAPU-LAPU CITY, Cebu – A total of 65 of the around 4, 000 displaced workers at the Mactan Export Processing Zone (MEPZ) in Lapu-Lapu City received financial assistance and family food packs (FFPs) on Monday afternoon, Oct. 3.

This was confirmed by Kim Francisco, head of the Public Employment Services Office (PESO) in Lapu-Lapu City.

Francisco said each of the 65 workers received cash aid of P5,000 and family food packs from the Department of Social Welfare and Development in Central Visayas (DSWD-7).

The distribution of the financial assistance and food packs for the other displaced workers will continue today, Oct. 4.

Earlier, the Lapu-Lapu City Council passed an ordinance urging the PESO office to conduct profiling of the displaced workers from MEPZ.

Francisco said after they were informed of the cash aid and food packs from DSWD-7, several others started to crowd the PESO office at City Hall on Monday to register.

DSWD Undersecretary for Inclusive and Sustainable Peace Alan Tanjusay, DSWD-7 regional director Shalaine Marie Lucero, Assistant Secretary for Visayas Affairs Ma. Evelyn Macapobre and representatives of the Local Government Unit of Lapu-Lapu City led the distribution of the assistance for displaced workers on Monday which was held at the Hoops Dome in Barangay Gun-ob.

In addition, the city government will also be introducing aftercare interventions that will include the conduct of a special job fair on Friday, Oct. 7, at the Island Central Mall in Barangay Ibo in coordination with the Department of Labor and Employment and skills training in coordination with the Technical Education and Skills Development Authority (TESDA), among others.

Francisco said that TESDA plans to open 100 slots for call center training and 25 slots for electronic product assembly and servicing (EPAS). Trainees will be given allowances.

Meanwhile, Francisco expressed confidence that the retrenchment of the around 4, 000 MEPZ employees was only “temporary” since the work that they do was also “seasonal.”