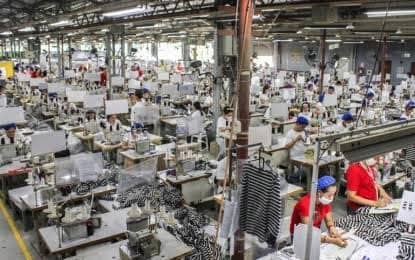 Some 4,000 workers in the clothes manufacturing industry working in 5 MEPZ companies have lost their jobs after these firms retrenched them citing the world was on the brink of global recession as the reason for downsizing. | Mepz Workers Alliance FB page

LAPU-LAPU CITY, Philippines — Around 4,000 workers from five locators of Mactan Export Processing Zone (MEPZ) in Lapu-Lapu City, which engaged in manufacturing clothes have lost their jobs after they were retrenched by these firms.

In their official statement, the five MEPZ firms explained that the downsizing of workers was needed since the world was now on the brink of a global recession.

“As the world is now on the brink of global recession, with higher than expected inflation and the global financial conditions are becoming tighter, our business and that of our customers are not an exemption especially being classified as a non-essential luxury product,” read their statement.

The locators also explained that their financial health was also affected by the COVID-19 pandemic, the onslaught of super typhoon Odette, supply chain issues, increasing gas prices, and the conflict war between Russia and Ukraine, which has resulted in their unstable operations.

“The sudden dropping and reduction of orders from our clients while increasing operational costs left us to face head-on to deal with the economic struggles and financial shortage; thus, our company perceived objectively and in good faith the need to downsize our current manpower through a retrenchment program,” it added.

The retrenchment program will also help to keep their business afloat and continue the employment of 75 percent of their workforce.

The total workforce of the five locators is more than 18,000.

“The affected workers shall receive a separation pay in accordance with the law,” the official statement said, adding that they were grateful to the contributions of those affected workers.

Mayor Junard “Ahong” Chan, for his part, has advised the affected workers to register at the Public Employment Services Office (PESO) and submit a resume.

He also urged them to monitor the Facebook page of Kim Francisco, head of PESO in Lapu-Lapu, for the posting of any job openings.

Francisco also described the retrenchment as so far the biggest after the COVID pandemic, as around 3,000 were retrenched last year.

However, Francisco said that this was only temporary and that it would probably last from three to six months since the manpower needs of manufacturing companies were seasonal.

Earlier, the city through PESO conducted a job fair in The Outlet in Barangay Basak where more than 3,000 job vacancies were open to qualified applicants.

He added that they would again open another job fair for jobseekers this coming November 18, dubbed as “Fiesta Job Fair.”

Jobless rate eased to 5.2% in July, lowest during pandemic