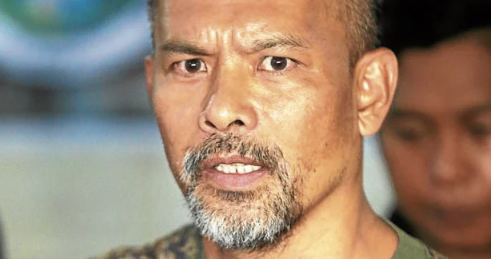 Bantag showed up on television days after murder complaints were filed against him and others over the death of har-hitting radioman Percy Lapid (real name: Percival Mabasa).

In the interview, Bantag pointed finger at drug lord German Agojo, claiming that Agojo is the boss of confessed gunman Joel Escorial and supposed middleman Cristito Palaña (formerly identified by authorities as Jun or Crisanto Villamor).

Escorial said he pulled the trigger that killed Lapid and surrendered to authorities. He was presented to the media on October 18. Palaña, on the other hand, died inside the New Bilibid Prison, which is being supervised by the BuCor, on the same day Escorial faced the media.

But the suspended BuCor official did not further elaborate on the reason why Agojo would want Lapid dead.

He, however, reiterated that he did not order the murder of Lapid.

“Bakit ko papatayin ‘yung tao, dahil lang doon sa walang kuwentang hindi naman sa akin,” he said, referring to an exposé of Lapid involving him and the vehicles and properties he allegedly own.

(Why would I kill that person, only because of that nonsense which do not even belong to me.)

Bantag then explained that he appeared on television to answer the challenge of Justice Secretary Jose Crispin “Boying” Remulla for him to face the murder complaints “like a man.”

He also stressed that no warrant of arrest has been issued against him.

(I have no choice but to face the media, since they say I need to face it like a man.)

(But I don’t have a warrant of arrest yet, then you will tell me to surrender? You suspended me for three months then you will say I went on AWOL? Oh please, Boying.)

Lapid was killed in an ambush near his neighborhood in Las Piñas City on October 3. His death sparked widespread condemnation and a high-profile investigation.

Complaints were filed Monday, November 7, against Bantag and others allegedly involved in the murder of Lapid before the DOJ-Office of the Prosecutor General. Bantag is being accused of giving the order to kill Lapid and Palaña.

What we know so far: Bantag and those linked to Percy Lapid, middleman slays