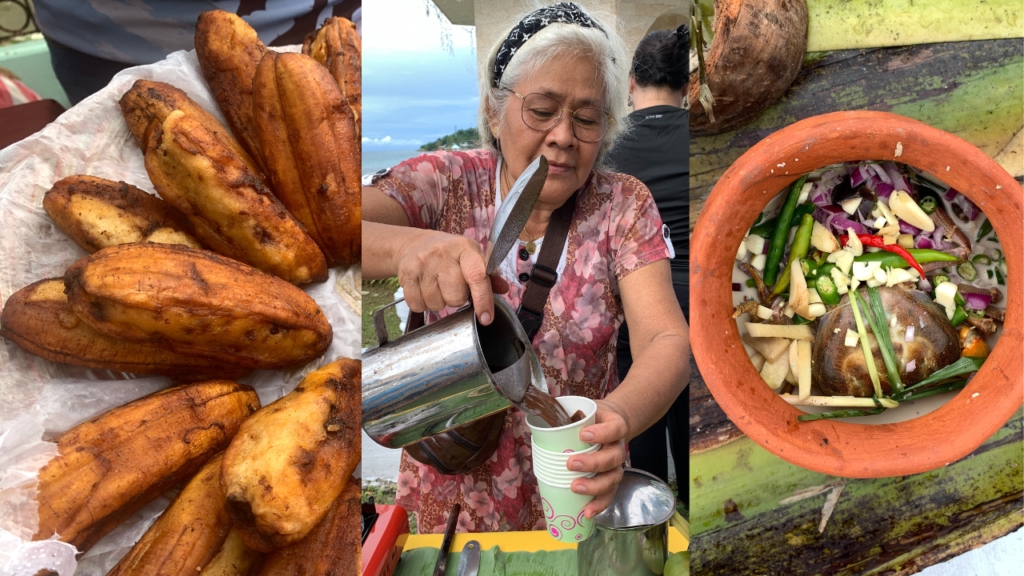 CEBU CITY, Philippines – The sleepy town of Malabuyoc in southwestern Cebu looked like it was hosting another fiesta last November 19.

Residents were out and about. And the town park, which boasts an uninterrupted view of the Tañon Strait, was packed with people and food.

Among those who joined in the feast-like setup in Malabuyoc’s park was Lina Quiñanola, fondly called as Nanay Lina among locals.

Nanay Lina carried with her a bilao full of puto maya, two metal pitchers, a portable stove, a teapot of her signature sikwate, and packs of her homemade tableya (cacao tablets).

Her recipe was part of the array of local delicacies and cuisines Malabuyoc showcased for the guests of Suroy-Suroy sa Sugbo, the Cebu Provincial Government’s flagship tourism program. 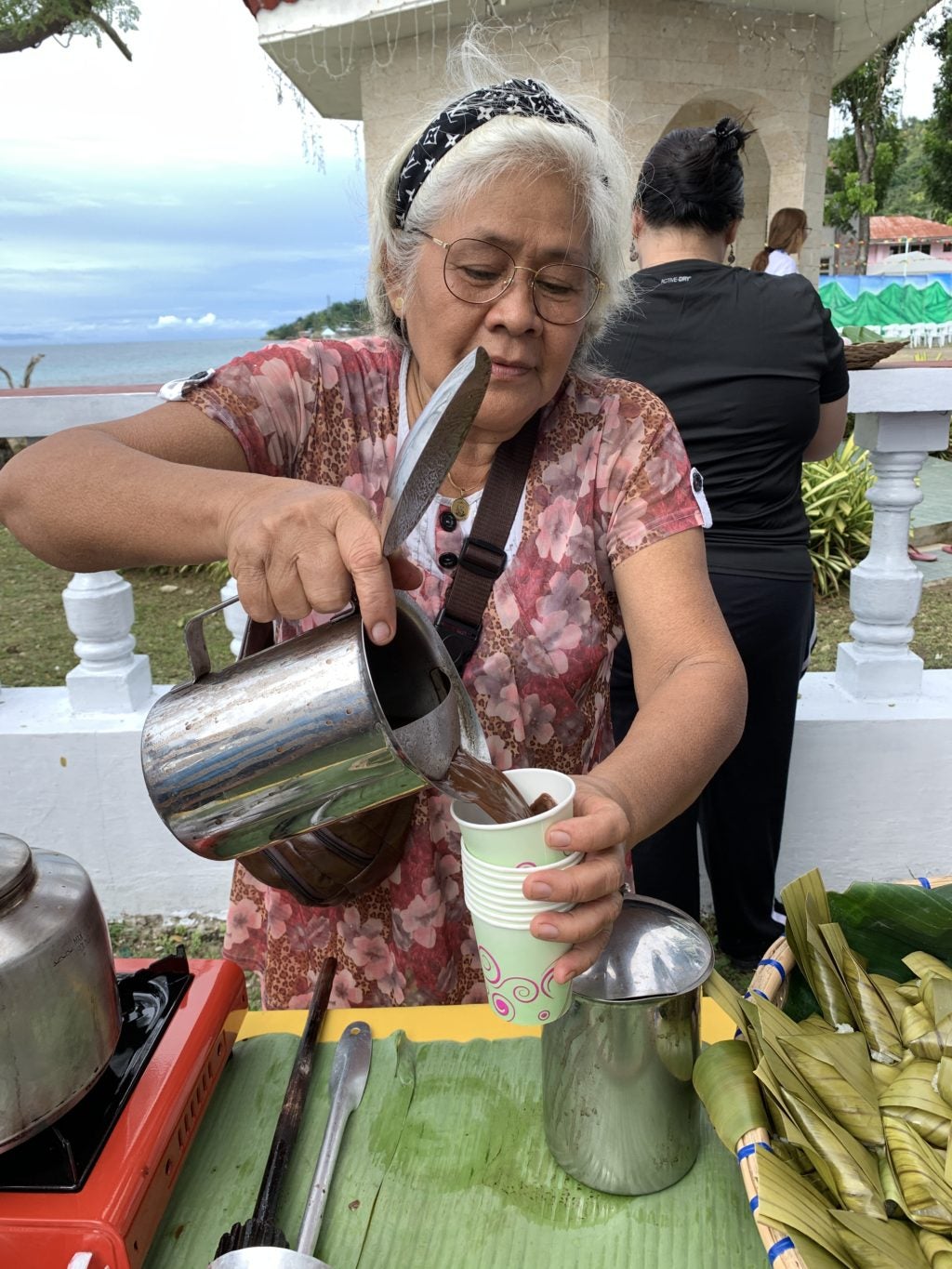 She told reporters, who joined the three-day Suroy Suroy excursion, that she has been selling her homemade sikwate and puto maya since 1985 right beside the San Nicolas de Tolentino Parish Church in Malabuyoc.

When visitors from Suroy-Suroy arrived at the Malabuyoc Park to discover and taste their locality’s culinary scene, she was more than happy to give them a free taste of her sikwate and puto maya.

Several of the guests even bought the tableya packs she sold alongside the free drinks she offered.

At least 400 participants including retirees and local tourism officials from other regions, had the opportunity to experience and learn more stories about Cebu’s heritage and culture, like those of Nanay Lina.

Before trying out Nanay Lina’s thick, frothy and warm sikwate, Suroy-Suroy guests also had the chance to taste and see how kagangs are cooked.

In Samboan town, Malabuyoc’s neighbor in the south, locals there demonstrated how they clean and cook these crustaceans in coconut milk and with a handful of spices. They call this dish Linubihang Kagang. 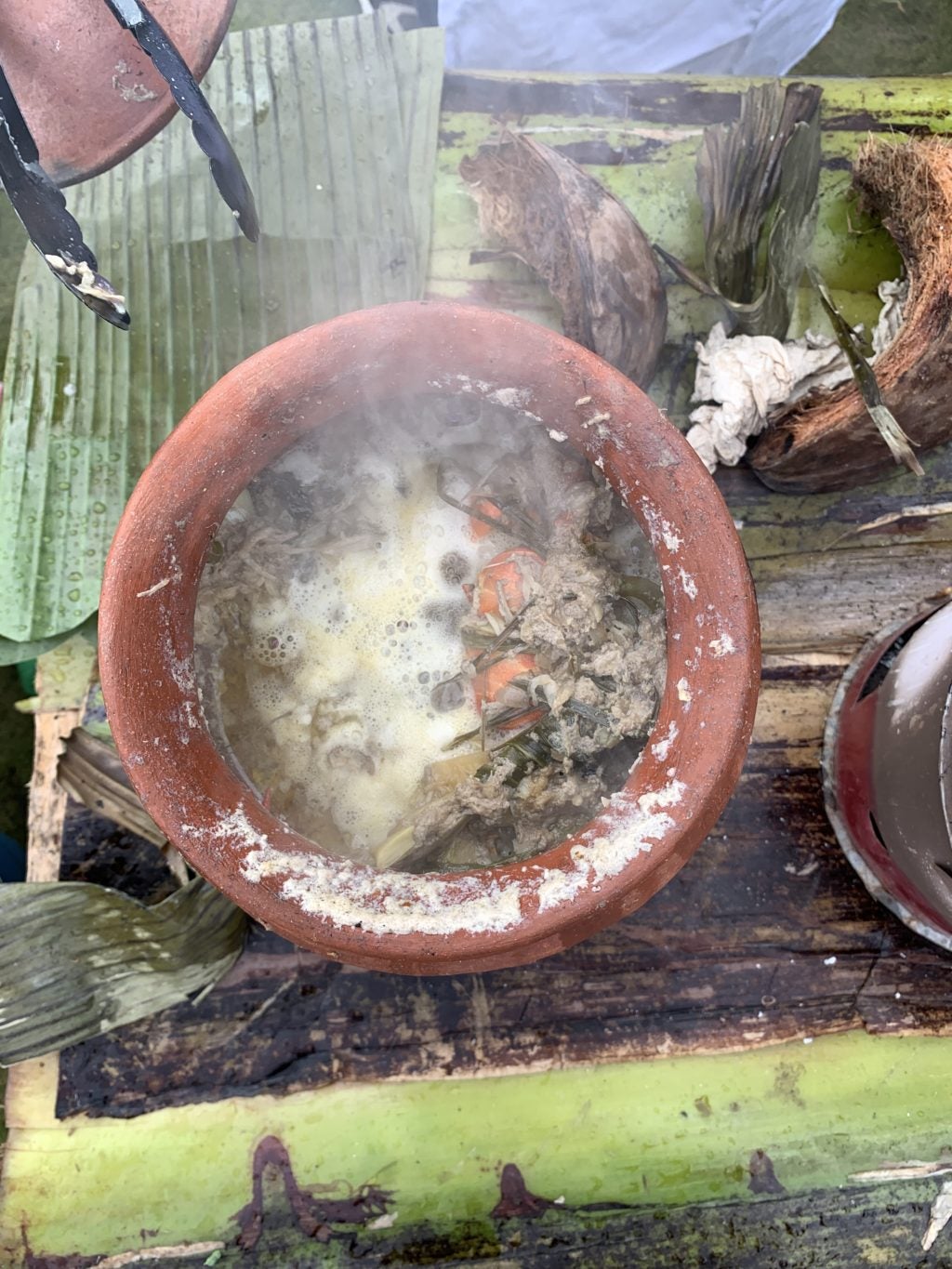 Linubihang Kagang was among the local cuisines served to participants of Suroy Suroy sa Sugbo 2022 during its Samboan leg. | CDN Digital Photo by Morexette Marie Erram

Unlike their aquatic relatives, land crabs or terrestrial crabs have more stocky built, and rounder shells, usually with a maroon or purple tinge.

Locals harvest land crabs near freshwater bodies such as swamps, rivers, and lakes using a contraption made from bamboo.

Before cooking them, they leave the crabs to starve for a couple of days. After which, a thorough cleaning process will be followed that includes brushing their shells, and legs, and extracting their intestines and other organs.

The municipality of Dalaguete in southeastern Cebu is the home to the island province’s “Vegetable Basket”, Barangay Mantalongon.

Due to its elevation, this mountain village is a great place to grow all types of vegetables, fruits, and root crops – from green leafy ones like pechay and cabbage to strawberries. No wonder why they name their festival Utanon Festival. 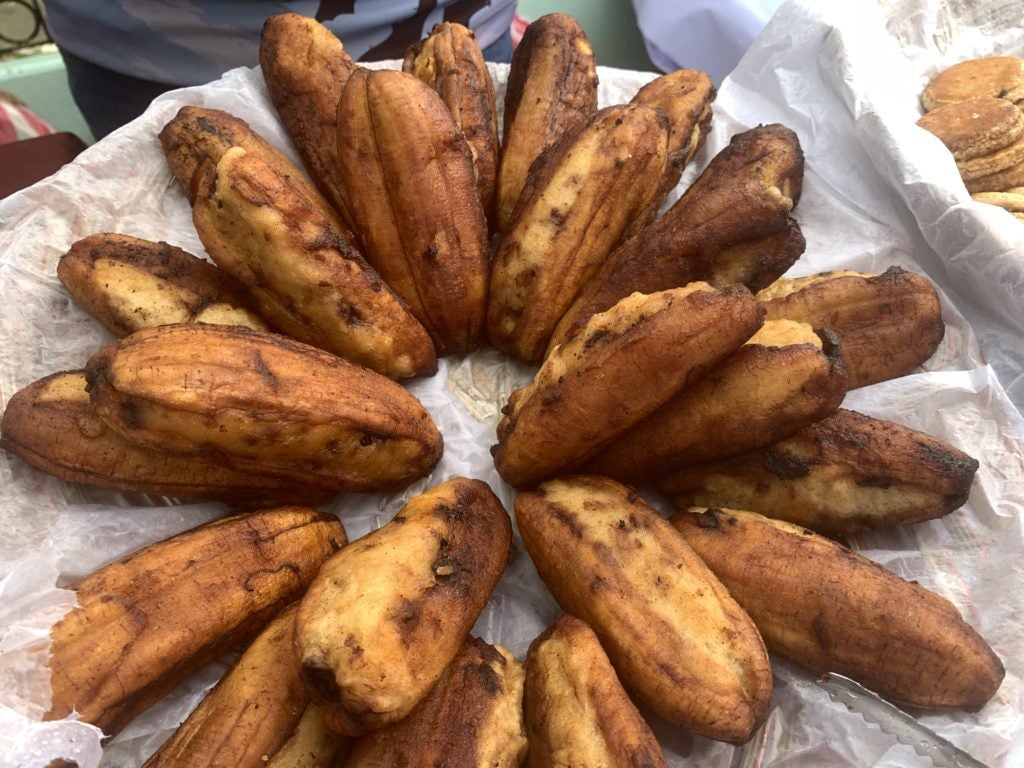 But during the Dalaguete-leg of Suroy-Suroy sa Sugbo last November 18, tourists were treated with not only fresh harvest but also one of their best-selling delicacies – the Banana Meat.

These are fried plantains or cooking bananas, stuffed with ground meat.

Also in southwestern Cebu, one can find a healthy take on the beloved ice cream. The town of Alegria proudly presented to visitors of Suroy-Suroy its famous Kalabasa Ice Cream. 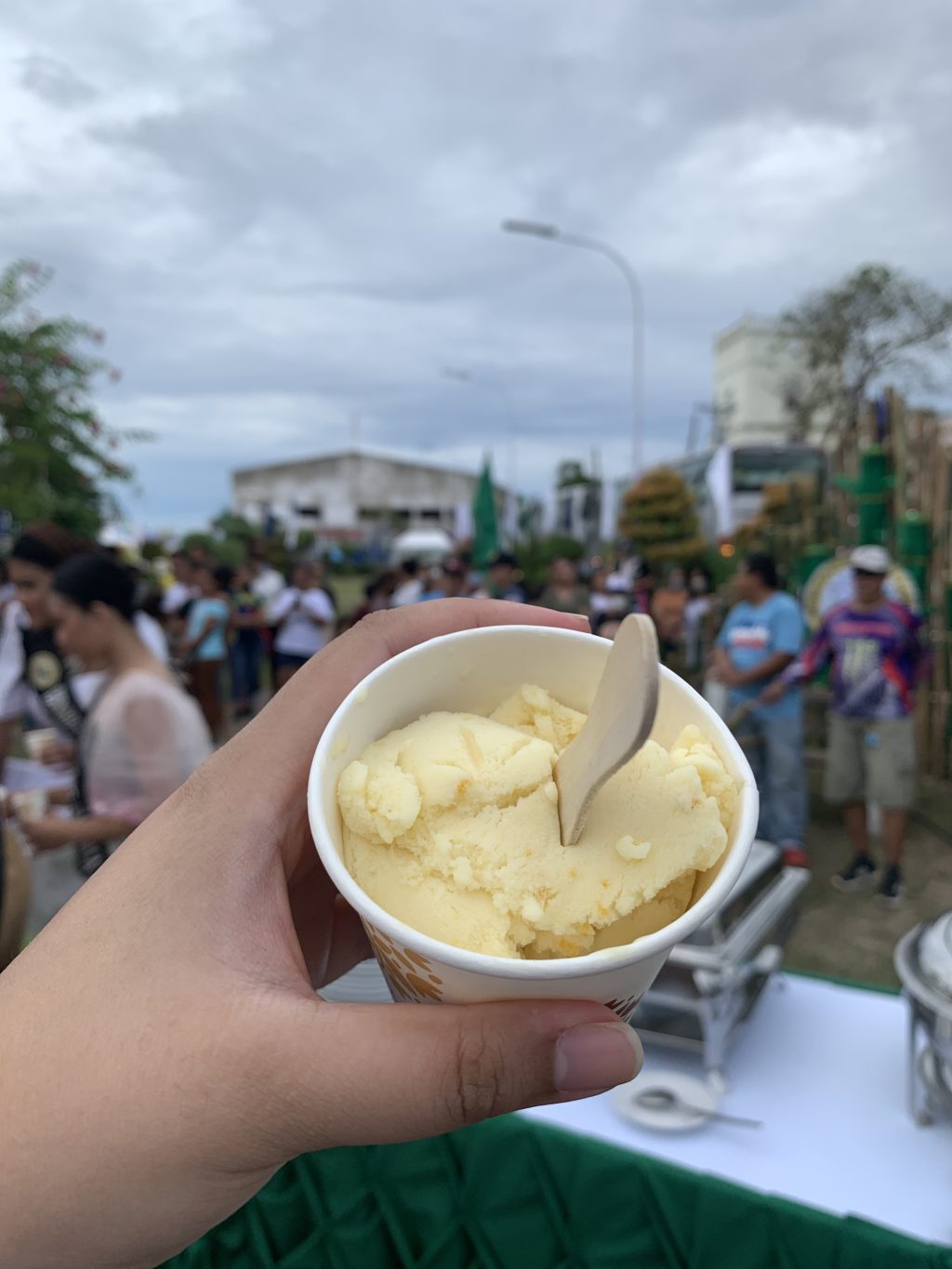 Kalabasa is the Cebuano name given to squash.

After a two-year hiatus due to the COVID-19 pandemic, the Capitol welcomed guests again for the Suroy-Suroy sa Sugbo. Held between November 18 to November 20, this year’s first Suroy-Suroy, called Southern Heritage Trail, covered at least 22 towns and cities.

Suroy-Suroy 2023 to kickoff after Sinulog